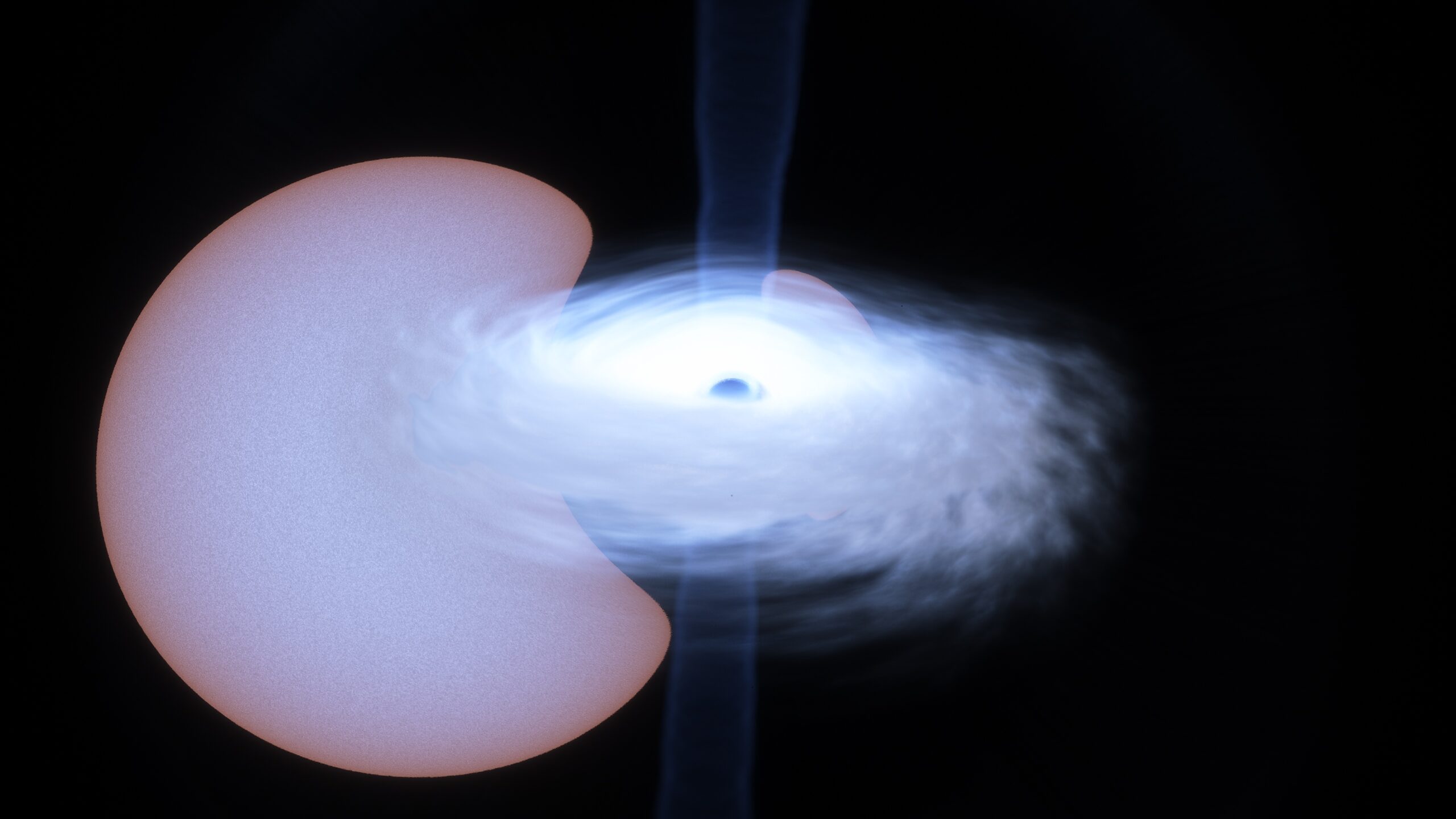 Great news! Our General Relativity update, which has been in public beta testing for a few months now, is finally being released to everyone! We also have some updated information about the game-breaking problems caused by AMD's recent graphics drivers, so AMD Radeon users, please read the update near the bottom of this post about recent AMD drivers breaking SpaceEngine.

Before continuing, we would like to thank everyone who participated in the public beta and provided feedback. This allowed us to find and fix bugs that we might have missed on our own, and SpaceEngine is better because of your help. Despite having fixed a lot of bugs, including some very long-standing ones, we weren't able to do everything we wanted to do before releasing the General Relativity update. Vladimir, SpaceEngine's author and lead programmer, and Mykhailo Moroz, whose programming work was essential in creating the new General Relativity features, have both had their lives significantly disrupted by the war in Ukraine. Vladimir has not been able to devote his full time to programming for several months now due to his current circumstances, and persistent attacks on Ukraine's electrical grid have left Mykhailo without enough electricity to finalize and polish his SpaceEngine contributions. I only mention this because we believe you deserve to know why the update took so long to release, and why accretion disks haven't received larger improvements since the beginning of the public beta. With that said, we did manage to make a few critical improvements to accretion disks, and are satisfied that they are now ready for public release!

We previously talked about the new General Relativity features here, here, and here, and gave some important information about settings which affect quality and performance which can be found here. Since we have already written at length about these features in our previous posts, I will just briefly review the biggest updates to the current version:

Volumetric accretion disks and jets: black holes, neutron stars, and white dwarfs now have volumetric accretion disks and polar jets, warped accurately according to the properties of the parent object. These disks can be thick or thin, dense or diffuse, hot or cold. Some famous objects like Sagittarius A*, Cygnus X-1, and SS 433 have carefully-crafted accretion disks based on many hours of research into the latest data and models for maximum accuracy. Aside from the limited size of disks and jets in SE, they should be as similar to their real-life counterparts as is possible in this update.

Traversable wormholes: useful for creators and users of add-ons, wormholes can now be linked to each other and fluidly traversed by the camera and by spacecraft, allowing for seamless, instant travel between distant points in space.

Improvements to the game engine: these improvements result in faster start-up times, especially after installing SE or changing your graphics driver, as well as smoother framerates and fewer lag spikes in-game.

Please read the changelog at the end for a more detailed list of fixes and improvements in this update.

Regarding the game-breaking issue in SE with the recent AMD Radeon drivers, we do have some updates to share. Vladimir has gone through the code and fixed everything he could related to the new Radeon drivers, and was able to determine that the massive slowdown when loading planet textures is indeed occurring within the driver itself, leaving us unable to fix it by ourselves. Fortunately, we were finally able to get in touch with AMD and have been providing them with all of the relevant information we gathered during our own investigation. The Radeon driver team was only able to test SE and confirm the issue within the last 2-3 weeks, so we don't yet know when the issue will be fixed; however, they've said they will be in touch, and would let us know if there's anything we can do on our end to help. We hope the issue will be resolved soon.

Until then, the only workaround is to install the previous set of drivers for your AMD Radeon GPU. To do this, go to AMD's website, select your GPU from the list, download driver version 22.5.1 for your version of Windows, and run the installer. While the older driver does have some bugs in SE, none of them are as critical as those introduced with the current driver. If you must use SE with the current driver rather than the old one: go to SE's graphics settings, set LOD to -1, loading speed to 1, and landscape target resolution to 480p, enable texture compression, and try not to get very close to planets or stars.
This will minimize the amount of terrain textures that need to load, and thus minimize the performance drop related to them (texture compression also makes textures load 4-5x faster for some reason, though it's still very slow). This will allow you to use the broken driver to do things in SE that don't involve looking at planetary surfaces, while still taking advantage of the fixes and improvements offered by the newer driver.

On the bright side, basically all other issues we know of that affect AMD GPUs specifically, including many of the issues introduced in earlier versions of the new drivers, are now fixed: only the VRAM capacity reporting issue and the game-breaking planet texture loading slowdown remain, and AMD is now working on addressing them both. We will share additional information as it becomes available, and will certainly make a news post announcing when a fix is ready.

The following is a list of known issues, as well as other things that might look like bugs. If you notice any of these things, don't worry, everything is working normally. Please do not file bug reports or seek help for them. We plan to fix or improve on most of these items in the future:

Now that another major update has been released, we'd like to share our current plans for our upcoming updates. Our focus for the next few months is going to be on additional bugfixes and improvements, working on the long-overdue Universe Update 1 (i.e. version 0.991), and working to implement another long-overdue feature: shadows! This includes terrain casting shadows on itself, spacecraft casting shadows on themselves and each other, and terrain and spacecraft casting shadows onto each other. It's also possible that a few smaller or unexpected features might be released during that time; development work can be like that sometimes, particularly as our team continues to grow!

As this year has been and continues to be chaotic with no sign of stopping anytime soon, plans are subject to change; but those are the things we currently want to work on and have scheduled for early 2023.

That's all for this update! We wish a pleasant holiday season to those who celebrate, and in case we don't make another blog post before January, a happy New Year to all!