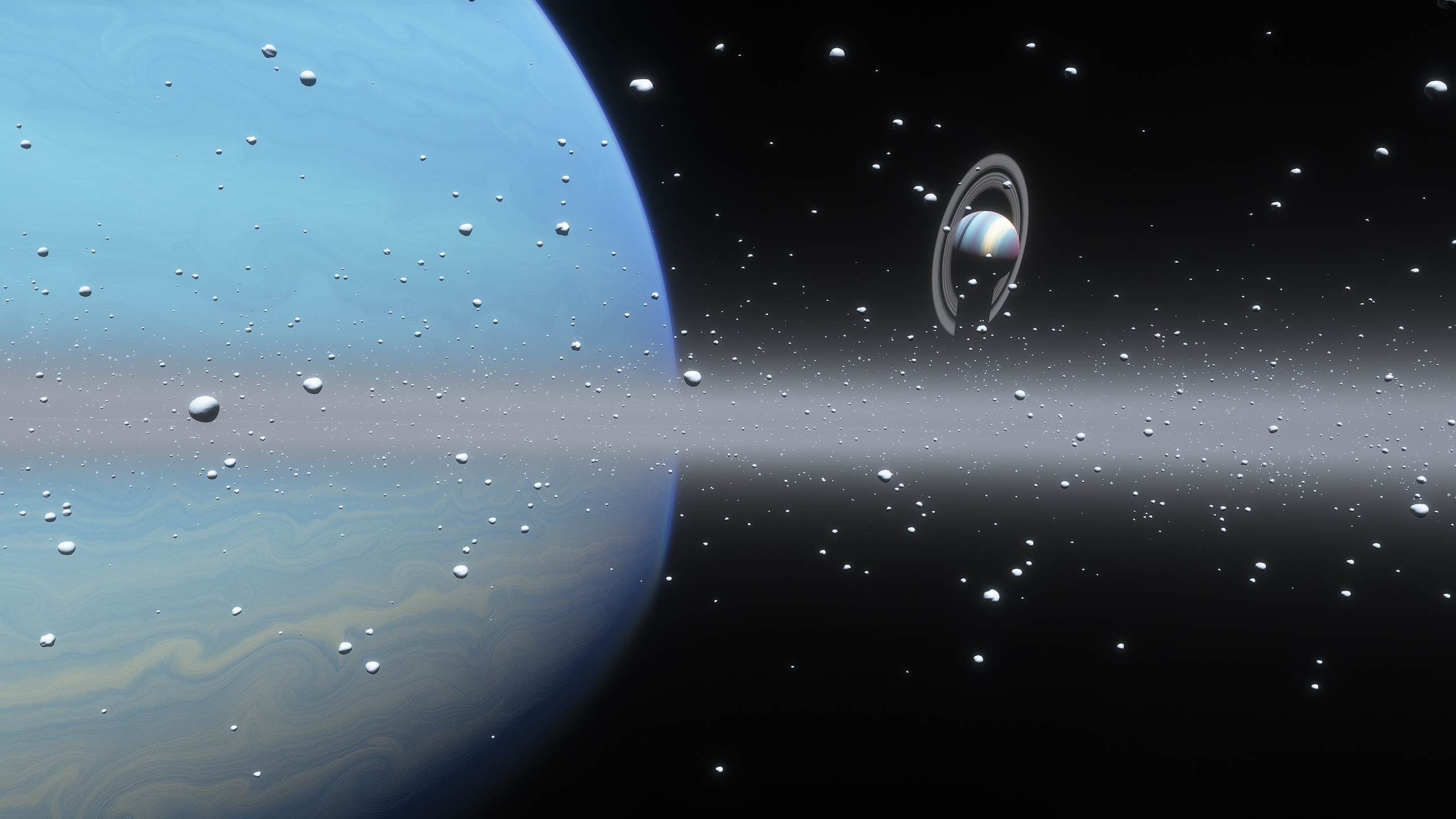 Volumetric rings build is still in beta. I have found and fixed some bugs, and added some new features. Most of them are not directly related to rings, but needs testing.

One of them is implementation of a better post-processing sharpening algorithm. The basic sharpness filter from before has been replaced with AMD FidelityFX Contrast Adaptive Sharpening (CAS). CAS has very good quality, and almost perfectly avoids the annoying black outlines that get added around bright (high-contrast) objects using the old sharpness filter. If you previously avoided using sharpening because of the undesirable artifacts it can cause, I recommend trying it now with this improved algorithm. Open the settings menu, go to the Visual style tab, and set Sharpness to 1 to see the full effect (or use a lower value for more subtle sharpening if you wish).

Another feature is improvement of terrain engine stability, and ability to reload planet or system in the editor without waiting then terrain loading/generation is over.

Full list of changes since the last public beta build: