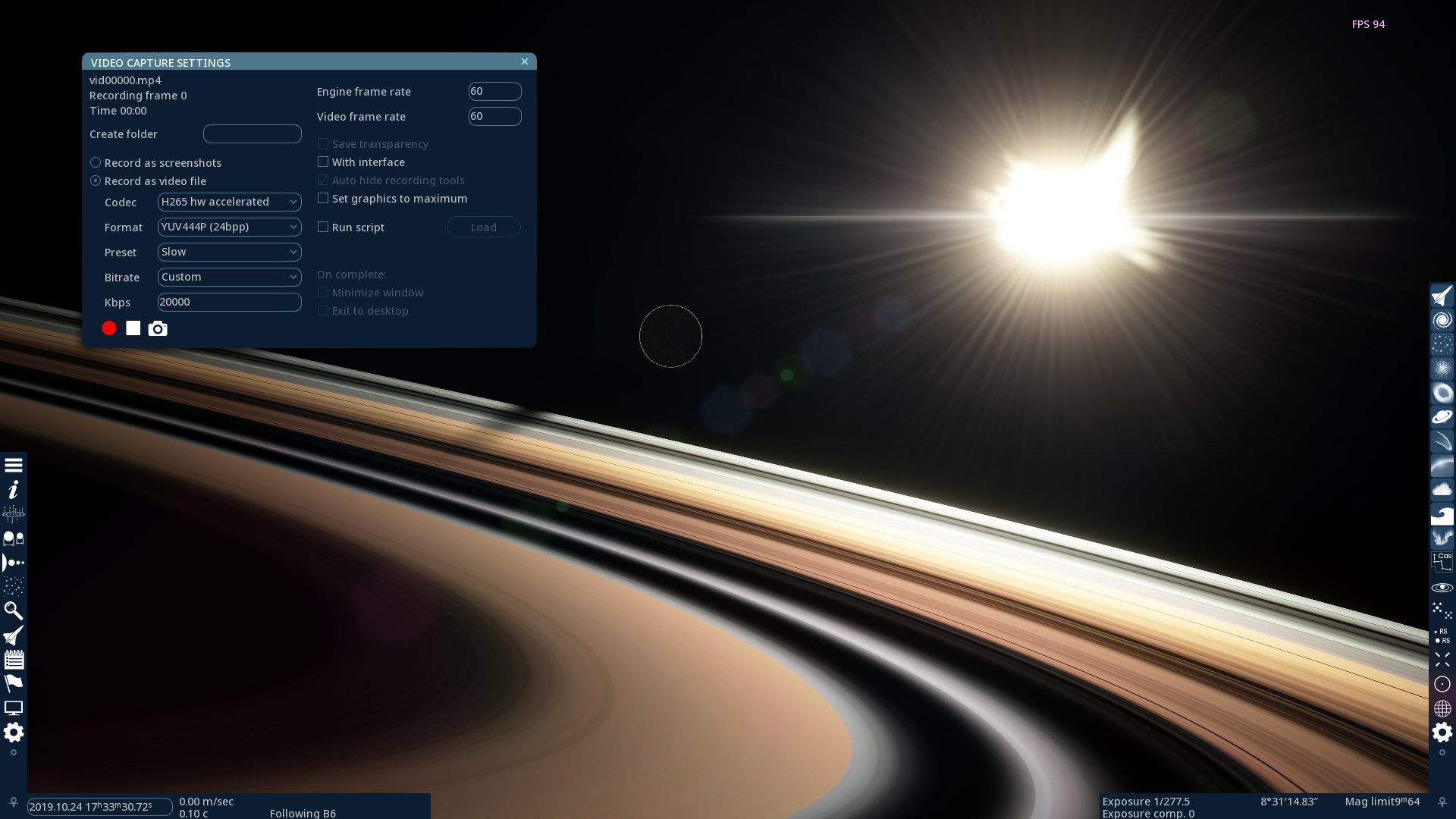 Hello everyone! The latest update, which overhauls autoexposure and video recording, and which you can read about here, is now out of public beta testing and is being released to everyone, along with a few additional changes and fixes.

A side effect of the implementation of uniform buffer objects in the latest update is that SpaceEngine now requires OpenGL 4.4 support to run. This does not affect any user whose computer already meets the published hardware requirements (having an Nvidia or AMD GPU), but does affect users of integrated graphics on some Intel CPUs from around 5-7 years ago; Intel did not program OpenGL 4.4 support for these processors on Windows (despite them being able to use later OpenGL versions on Linux). This means they will not be able to run this and future versions of SpaceEngine - attempting to do so will result in an error about an obsolete OpenGL version.

If you have one of these old Intel CPUs and are using integrated graphics and you see this error, opt into the 0.990.39 "beta" branch on Steam (read here about how to opt into branches). This will revert you back to the last version of SE before UBOs were implemented (build 0.990.39.1775), thus allowing you to avoid this and future updates and keep using the program.

While it is unfortunate that this will affect some of you, I must stress that IGPs (integrated graphics processors), including and especially those by Intel, have never met the minimum hardware requirements for running the program and have had a long history with problems and glitches with SE. We do not recommend, and have never recommended, that anyone purchase SpaceEngine without having a discrete GPU meeting the minimum listed requirements.