Translate SpaceEngine to your language! 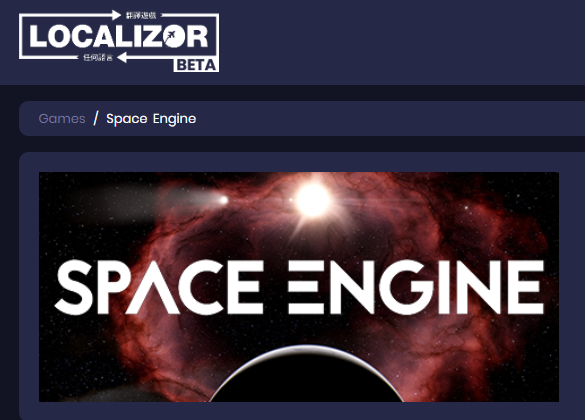 We are presenting a new way to create translations of SpaceEngine's interface. Localizor is an online service where everyone can translate games to their own language and earn some virtual coins in the process. Those coins later can be used to get a Steam key for a game via their coin shop. 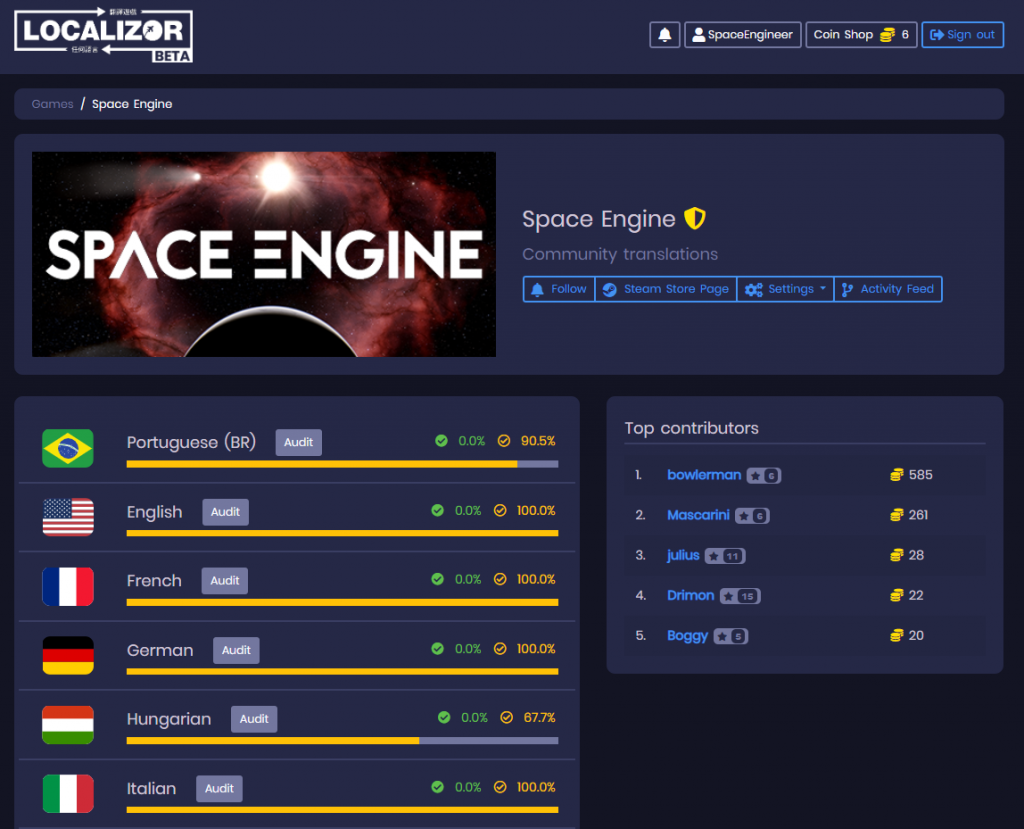 The interface is straightforward: select the game, select the language, and start adding translations for text lines which have no translations yet (they are marked in red on the left in this screenshot). You can also correct existing translations (marked with orange), or vote for a more correct translation. I will periodically check the Localizor website and export 100% translated languages to SE, then release them with the following update on Steam. 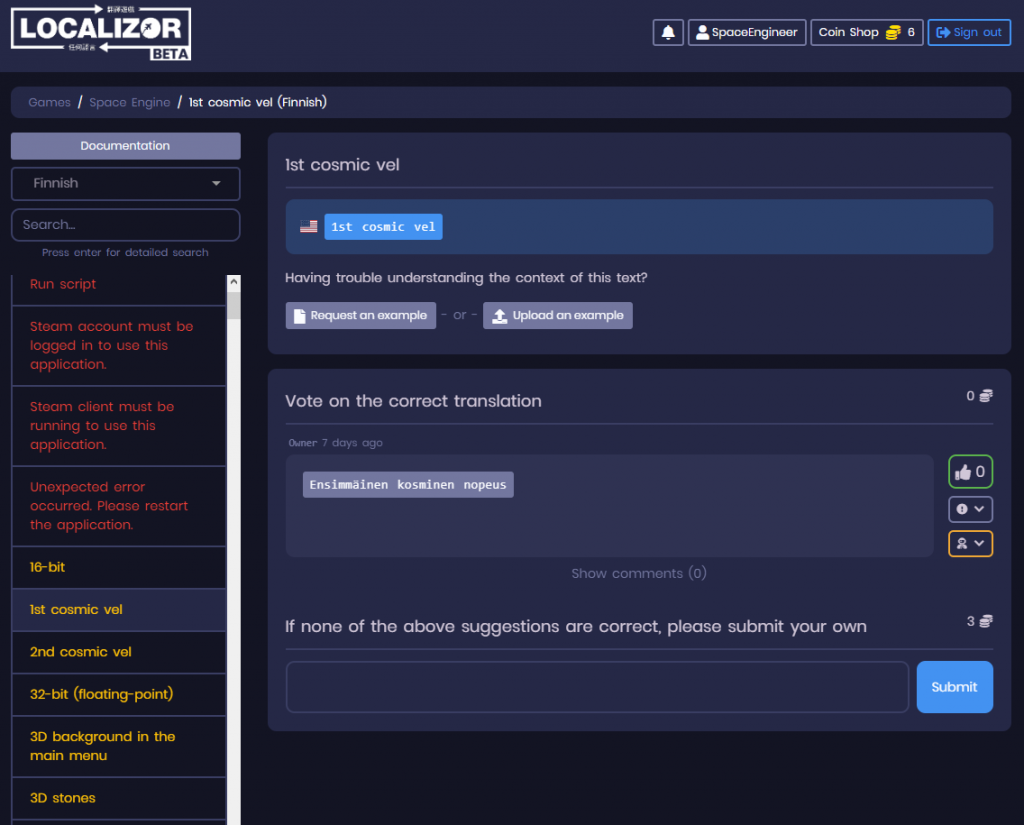 Currently SE has 15 completed or almost completed localizations, which are released on Steam, and 8 very obsolete localizations which must be updated (they are clearly visible as unfilled bars in the first screenshot). If you want to add a new language, ask any admin on the forum or Discord, and we will add it to Localizor.

There is one limitation for now: Localizor supports only one set of text strings: interface. SpaceEngine uses two sets: interface text and script text. The latter includes the main menu and tutorials. The Localizor team is working on adding the ability to translate multiple independent sets, but for now you have to use the old (manual) method of translating the strings used in the main menu and tutorials (look for the TranslationsScript {} section): Creating localizations. SpaceEngine also uses "local database files" for the names and descriptions of space objects, which you should also create manually.

Feel free to ask any questions in the same forum: Creating localizations. The Localizor service is in beta, so we should expect some bugs. I will redirect any bug reports, questions and suggestions to their team.