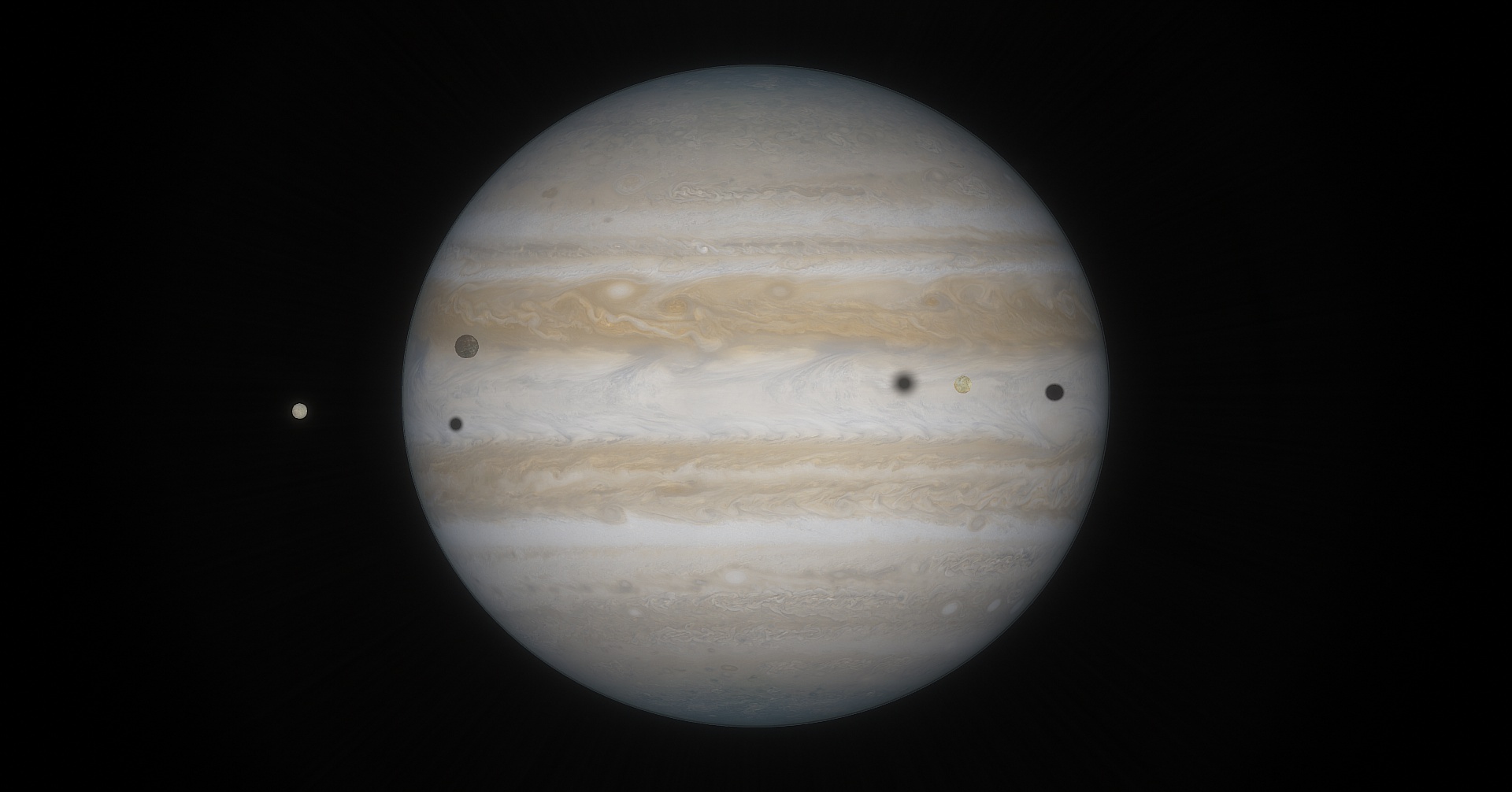 This small patch adds few bugfixes, and was released to the public branch. It was merged with the previous patch 0.990.38.1730.

The header image is a prominent triple solar eclipse on Jupiter, occurred at January 24, 2015. This event makes noticeable a bug in SE: orientation of analytical orbits of Jovian moons was inaccurate. As a result, Callisto's shadow missed Jupiter's disk. This is fixed now. Note that if you plan Jupiter observations with SE, you must take into account light travel delay, which is not yet modeled by SE (35-50 minutes for Jupiter).