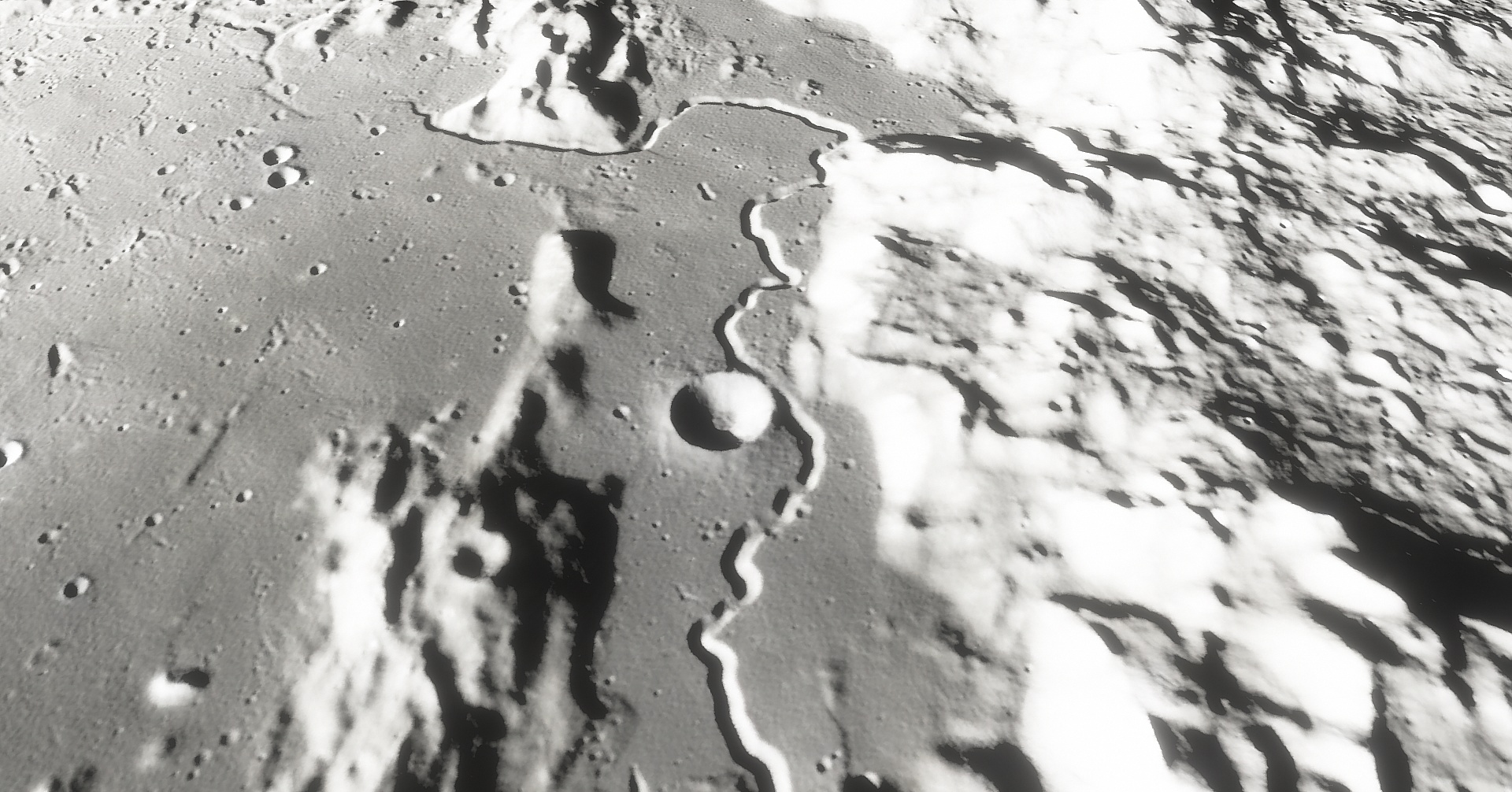 Today's update is huge (by download size). In the initial 0.990 release, textures for the Moon were made from jpeg source files, so they had noticeable compression artifacts. Recently I got the uncompressed source textures from their author (Klud), and they also have a much higher resolution. If you don't use the Moon HD DLC, you will not notice the difference, but with the DLC installed the Moon becomes brilliant! Just look at these screenshots. Even small thumbnails makes the difference obvious, but if you open the images in new tabs to look at them in full resolution, you will see how better the new textures are:

The update to the Moon HD DLC is huge, about 10 GB. The textures contain all previous map levels (6 levels of bump maps and 6 levels of diffuse maps, 64k effective resolution), and an additional 7th level of the bump map (128k effective resolution, though source map was 90k). Klud's source diffuse textures is also 128k (7 levels), but the last 7th level makes very little improvement in high-contrast areas of lunar surface, which are noticeable only when sunlight direction is vertical. I decided to not include the additional 6 GB of those textures. Maybe I will release them later as a Workshop addon (when Workshop support is implemented).

I also added all other Apollo landing sites: 12, 14, 15, 16, and 17. They use the same lunar module model as Apollo 11. To make them compatible with SE without the Moon HD addon, I included the textures from the HD addon for the landing areas. This screenshot of the Apollo 15 landing site is taken in vanilla SE without addons/DLC: 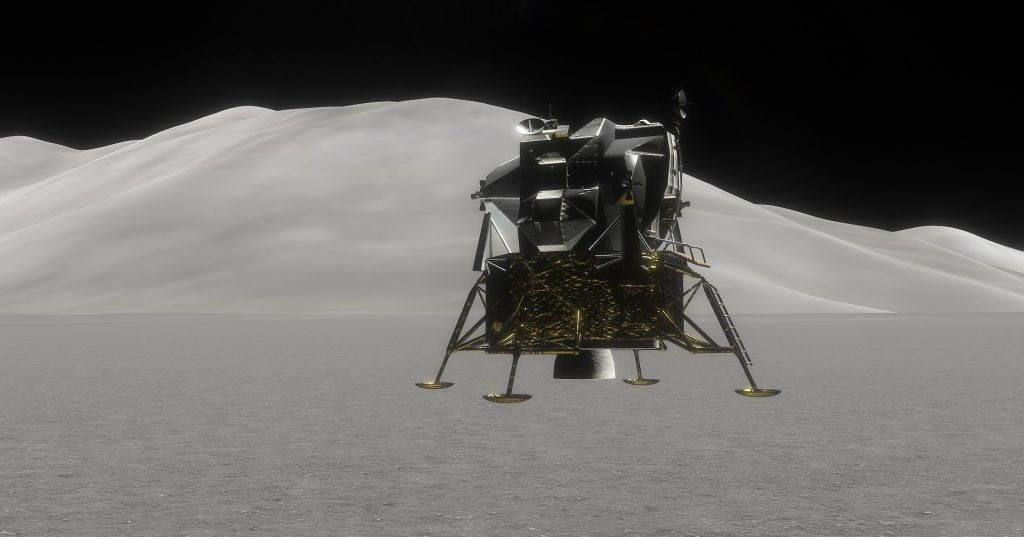 Another, smaller update, is new Charon textures by Kexitt. They are semi-fake artistic maps, but they make Charon look as perfect as the Uranus satellites (which also have artistic maps). 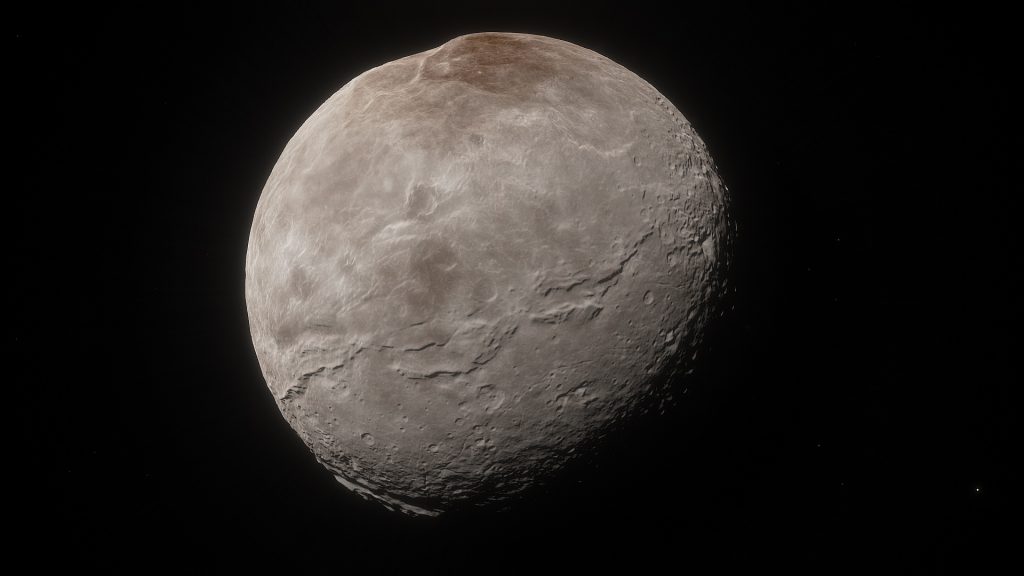 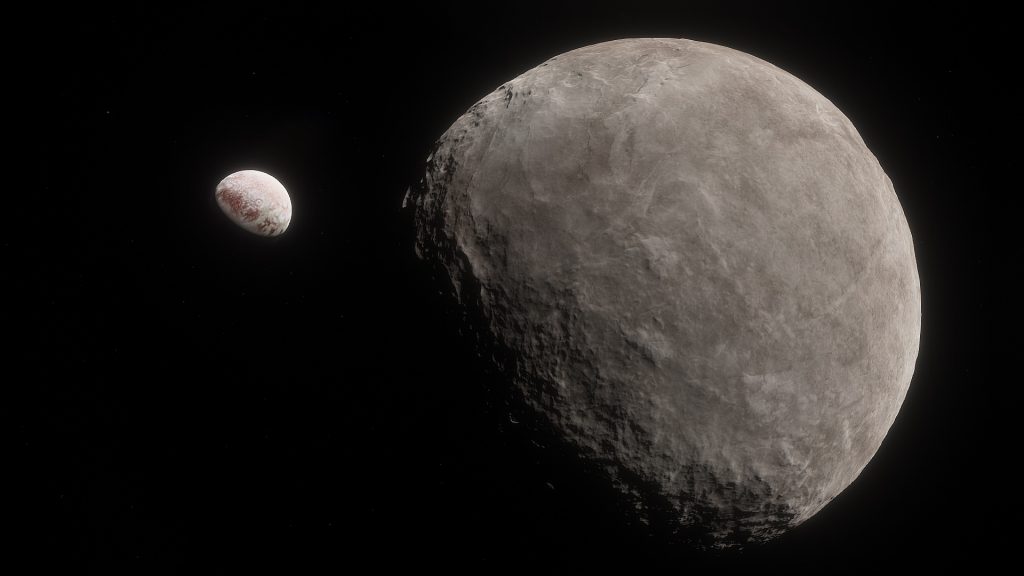 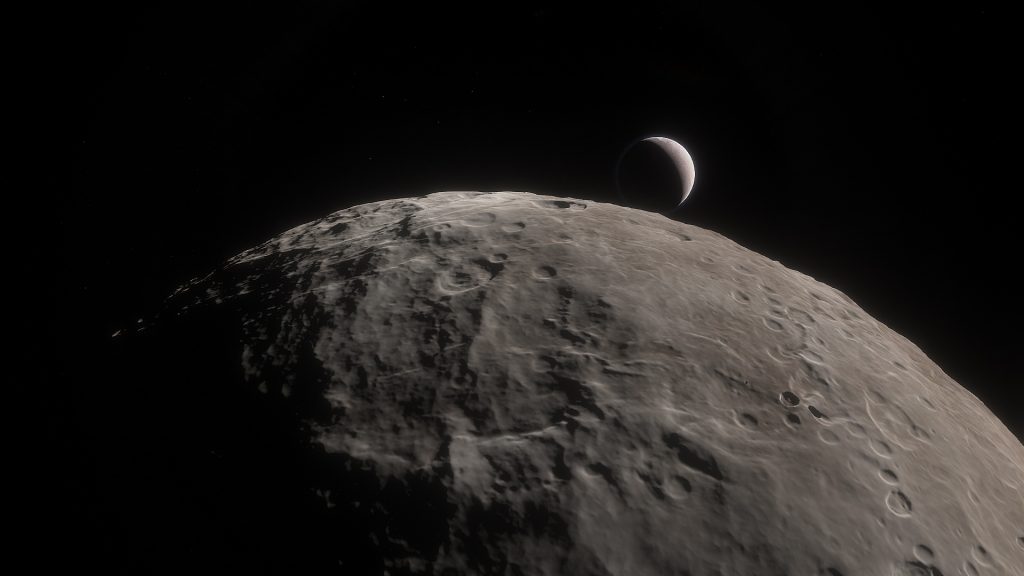 I hope that later Kexitt will make such maps for Pluto as well 🙂 Other updates include:

The latter is interesting addon by JackDole. It includes these asteroids:

Yeah, naming is weird, asteroid names must be a single word. Some conventions in astronomy are really strange.