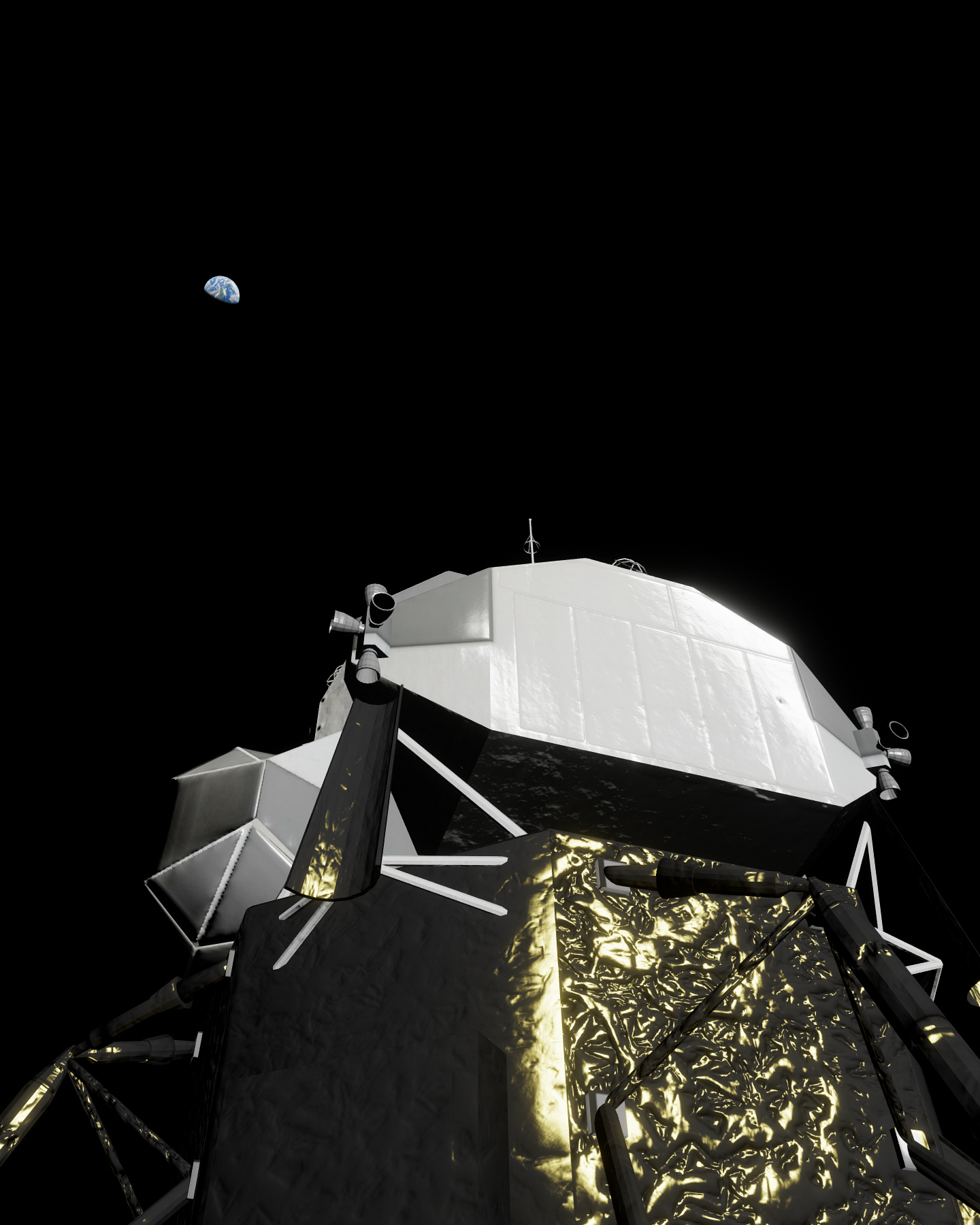 Today is the 50th anniversary of humanity's greatest achievement - landing a crewed spaceship on another celestial body for the first time. On July 20, 1969, the "Eagle" spacecraft landed in the Sea of Tranquility on the Moon. Neil Armstrong and Buzz Aldrin were first humans to walk on an alien world.

To celebrate the anniversary of this huge milestone, SpaceEngine is on sale with a 20% discount this weekend - go to the Steam store page and check it out! And today I made a small update - adding the Eagle model to the lunar surface, precisely at its landing point. The spacecraft can be found in the Spacecraft manager (in both Planetarium and Simulator modes), or by name in the F3 menu. To make it easy to find, I added the landing site to the default locations. Open the locations menu (F6), and on the Featured locations tab scroll down to "The Eagle has landed" tile: 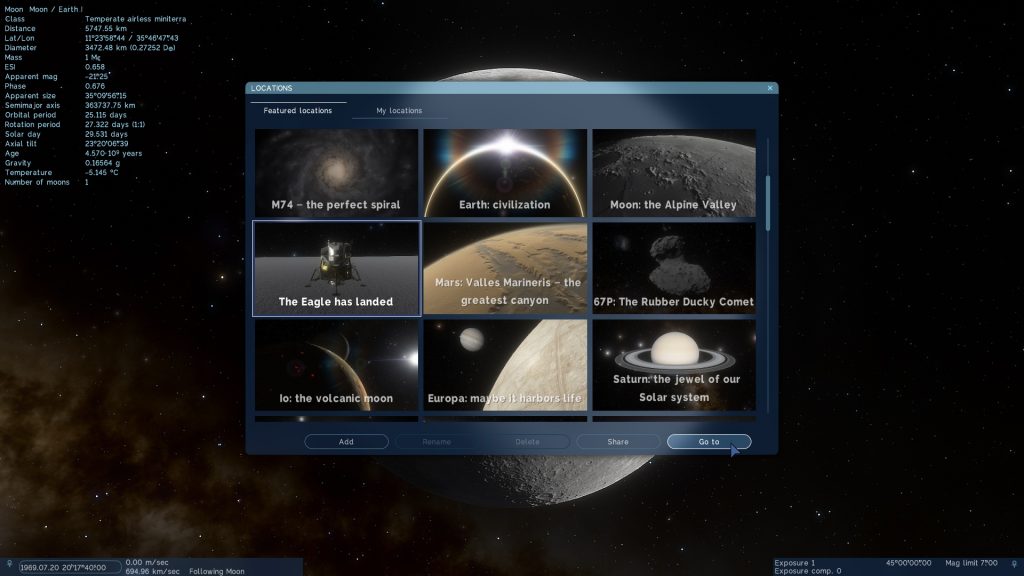 SpaceEngine lacks shadows, this is very noticeable here 🙂 This is one of the highest priority items to implement in future updates. Together with finishing the PBR implementation (Physically based rendering). It wasn't completed for the 0.990 release, so all SE ships still use the old rendering method (though they have reflections now). This Eagle model is also not PBR, it will be updated once the system is completed. 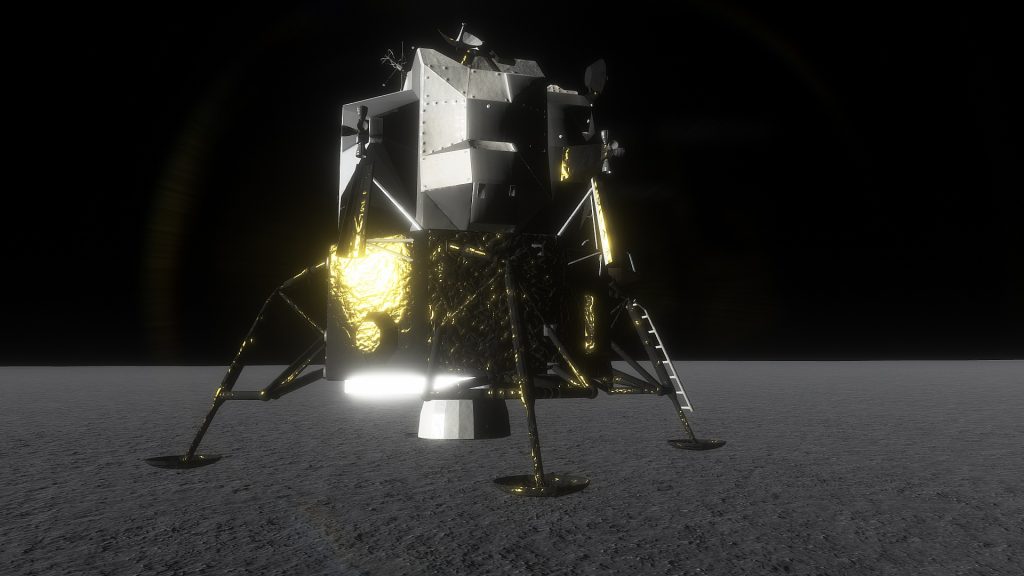 Development news: during the past two weeks I have worked on Unicode support in SpaceEngine. It is almost completed, and the update will be released in a few weeks. In that update SpaceEngine will support Chinese and Japanese (translations are almost ready!), so stay tuned! 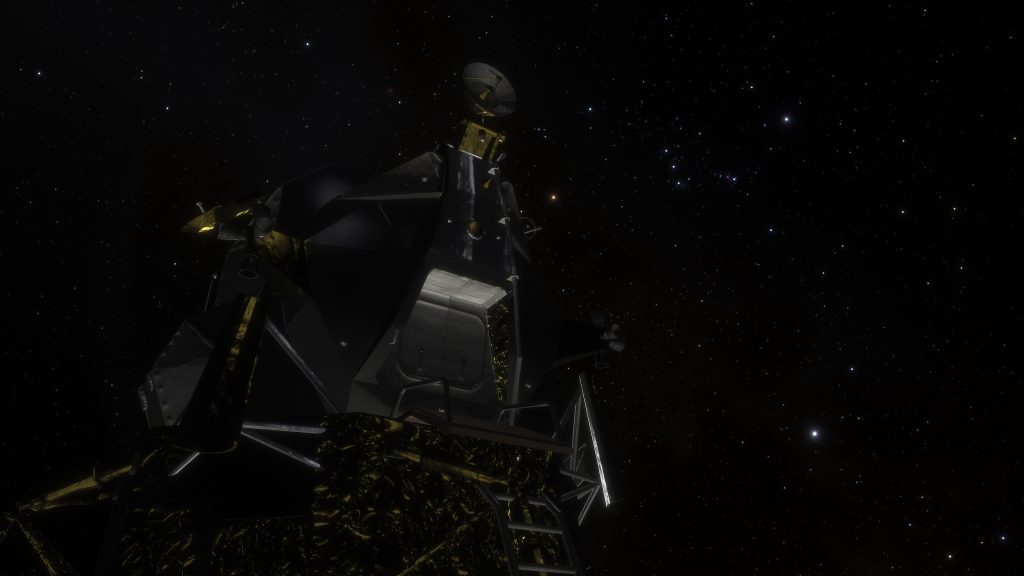