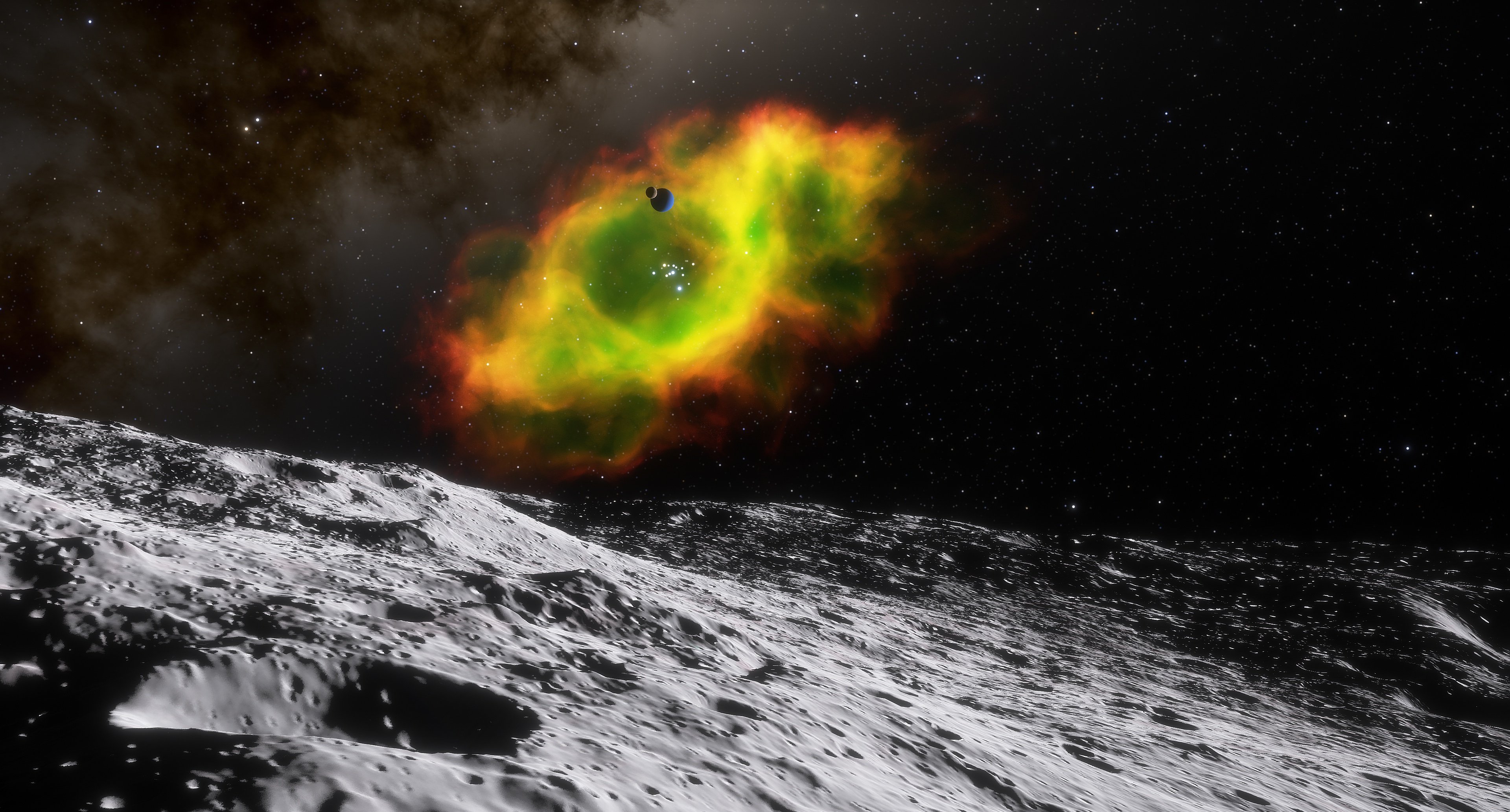 Hello everybody! Almost two weeks have passed since release, and we can say that the launch was successful! We have collected many bug reports from the community on Steam, Discord, and the SE forum. The most important bugs must be fixed as soon as possible, and I am working hard to achieve this. Today's patch includes a major performance fix, which is most noticeable at program startup: there is no large delay anymore after the main SE window is opened. For some users during that delay the whole system lags, and may even crash with a BSOD! Switching between graphics quality preset triggered the same issue, so that is also fixed now.

This update has not been fully tested yet, but we want to release is ASAP, so I suggest that users join the free public beta. To do this, open the Steam client, navigate to SpaceEngine in your Steam library, right-click on it and select Properties. In the Properties window, switch to the BETAS tab, and select the "beta - public beta branch". The patch will start downloading immediately, you don't need to enter a beta access code. 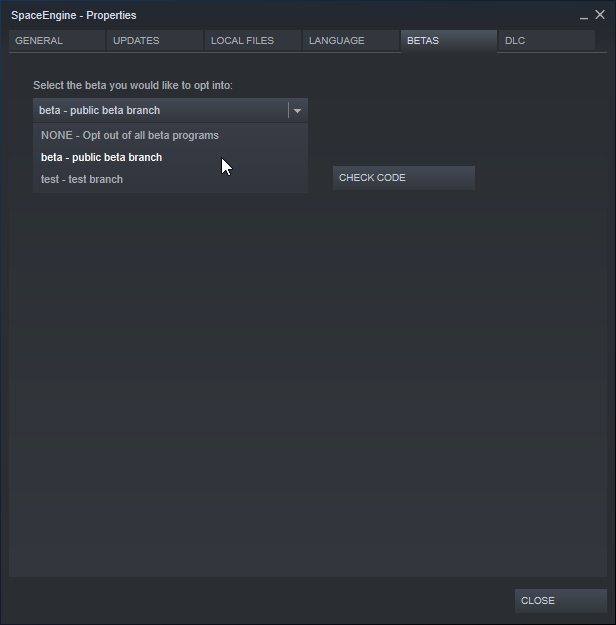 Please note that the beta could be unstable and have many bugs, some of which may be caused by compatibility issues with installed mods. So before joining the beta, move the entire contents of the addons folder to a safe place (except SolarSystemHD, if you have it). After testing without addons, you may try to copy them back (copy, not move - this will be safer).

To exit the beta, just select "NONE - Opt out of all beta programs" in the BETAS tab of the Properties window.

The full changelog of today's patch and the previous two patches (because I didn't made a blog-post for them):