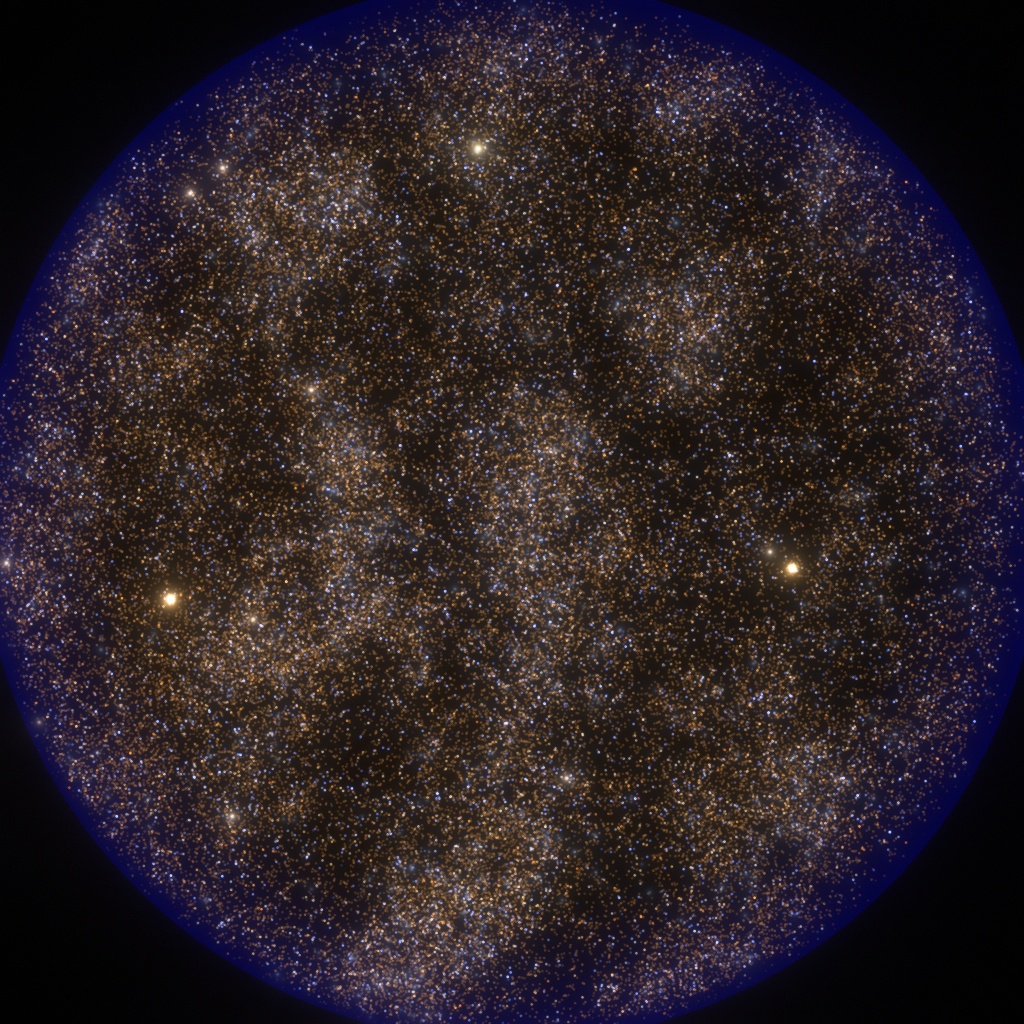 HarbingerDawn gave an idea of ​​how to make the Map mode more interesting. If you disable labels, lines and grid on the level of galaxies, and increase the magnitude limit, you will be able to see the large-scale structure of the Universe:


Slide the handle with the mouse to compare the map appearance in the old and new mode.

Indeed, changes to the code are very simple - just adding a checkbox to switch the mode and several variables that control the rendering/generation. I called the new mode "exploration", you may suggest the better name. As in the "old" mode, the engine adaptively adjusts the number of objects on the map, to prevent it from cluttering and do not overload the system. This new mode is almost the only way to see voids and filaments "from outside", because the field of view is limited to a sphere that cuts out a piece of the Universe. It also almost does not load the engine, unlike trying to raise up the galaxies magnitude limit while being in normal (first-person) view mode - the number of simultaneously visible galaxies is limited to about twenty thousand (adjusted by the same "Density" slider on the toolbar). It also means that now you will be able to see distribution of stars in the galaxy, without risk of crash due to lack of memory:

On the left part of the picture it is seen that the bright blue stars are beautifully follows the pattern of the spiral arms of the galaxy, as intended. But on the right is a hole and some dense cluster in its center - those are real stars of the Milky Way galaxy. They are concentrated to a certain point - the Sun - because of the observer bias effect. We just can't see faint stars at a great distance from us. The hole that real stars cut out in the disk of the Milky Way is a result of procedural stars generation algorithm. Stars are generated in such a way that they do not break the figures of real constellations observed from vicinity of the Sun. In the config file, there is the parameter StarMaxAppMagn, which specifies the maximum visible star magnitude of a procedural star. It works like the "counter observer bias effect", so hole is formed. It does not exactly coincide with distribution of real stars, because the latter is not homogeneous, and SE does not take into account interstellar absorption.

A dense bright cluster to the left is the dwarf galaxy Sagittarius dSph, a satellite of our Galaxy. It somehow generated a lot of super-bright red giants - another point for debugging the stellar generator. Among the other identified problems, sometimes "cubes of stars" are visible (stars are generated in the cubic-shaped blocks - the octree nodes), and the transition between octree levels is accompanied by a sudden change in the luminosity of the stars. This is something to work on.