Yesterday the SpaceEngine spin-off OVERVIEW was released on Steam.

Get OVERVIEW on Steam

Read the review article on space.com

OVERVIEW is an educational app for VR, based on SpaceEngine. I've worked on it with the French company Orbital Views for more than a year. I've already written about it in this blog post.

The app is VR-only, so you need a VR headset to play it. This Steam release supports only HTC Vive, but I've got an Oculus Rift CV1 a few weeks ago and already implemented its full native support (with Touch controllers). So the first update of OVERVIEW on Steam will add Oculus Rift support. Release on Oculus Store is scheduled on April 2nd. 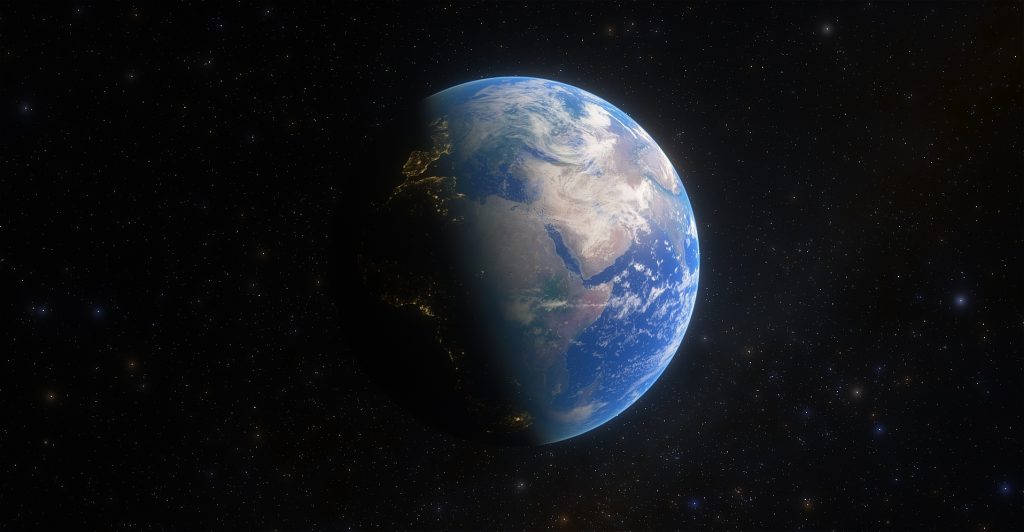 The app is made of two parts. The first part "STORY" is a virtual tour through space made of six chapters with narrative speech, like a planetarium documentary (for now, only in English and French). It is passive, i.e. you don't need any controls, just rotate your head to look around, and use roomscale tracking to walk inside the scene. The second part "EXPLORE" allows some degree of freedom. You need your VR controllers to perform simple actions: zoom out from the Earth to the local group of galaxies in the first chapter, or fly around the Solar System in the second one. New chapters will come in future updates with more content, for free. Controls in this mode may be disorienting at the beginning, but we are working on improving them (recently I added several new abilities to SE scripting language for this).

We also submitted OVERVIEW for the 2018 VivePort developer award. Fingers crossed )))
Article about the 2017 award.

There were some misunderstandings on the SE forum recently. To clarify things, here is a short FAQ:

Q: What is OVERVIEW? What does it have to do with SpaceEngine?
A: OVERVIEW is a separate VR game, based on SE engine. I helped its development in parallel to SE, because why not?
Q: Is SpaceEngine renamed to OVERVIEW?
A: No, OVERVIEW is a separate game. SpaceEngine will keep its name and existence.
Q: Is SpaceEngine now VR-only?
A: No, OVERVIEW is VR-only. SpaceEngine supports VR, but you will be able to play on a monitor as before.
Q: What will OVERVIEW give to non-VR SE users?
A: SE funding. OVERVIEW is a paid game on Steam, and revenues are shared by Orbital Views with the SE team. This is a new source of money to develop SE.
Q: When will SpaceEngine 0.990 be released?
A: When it will be ready. I will write another blog post about the roadmap, and what must be done before release.

A thread about OVERVIEW can be found here.