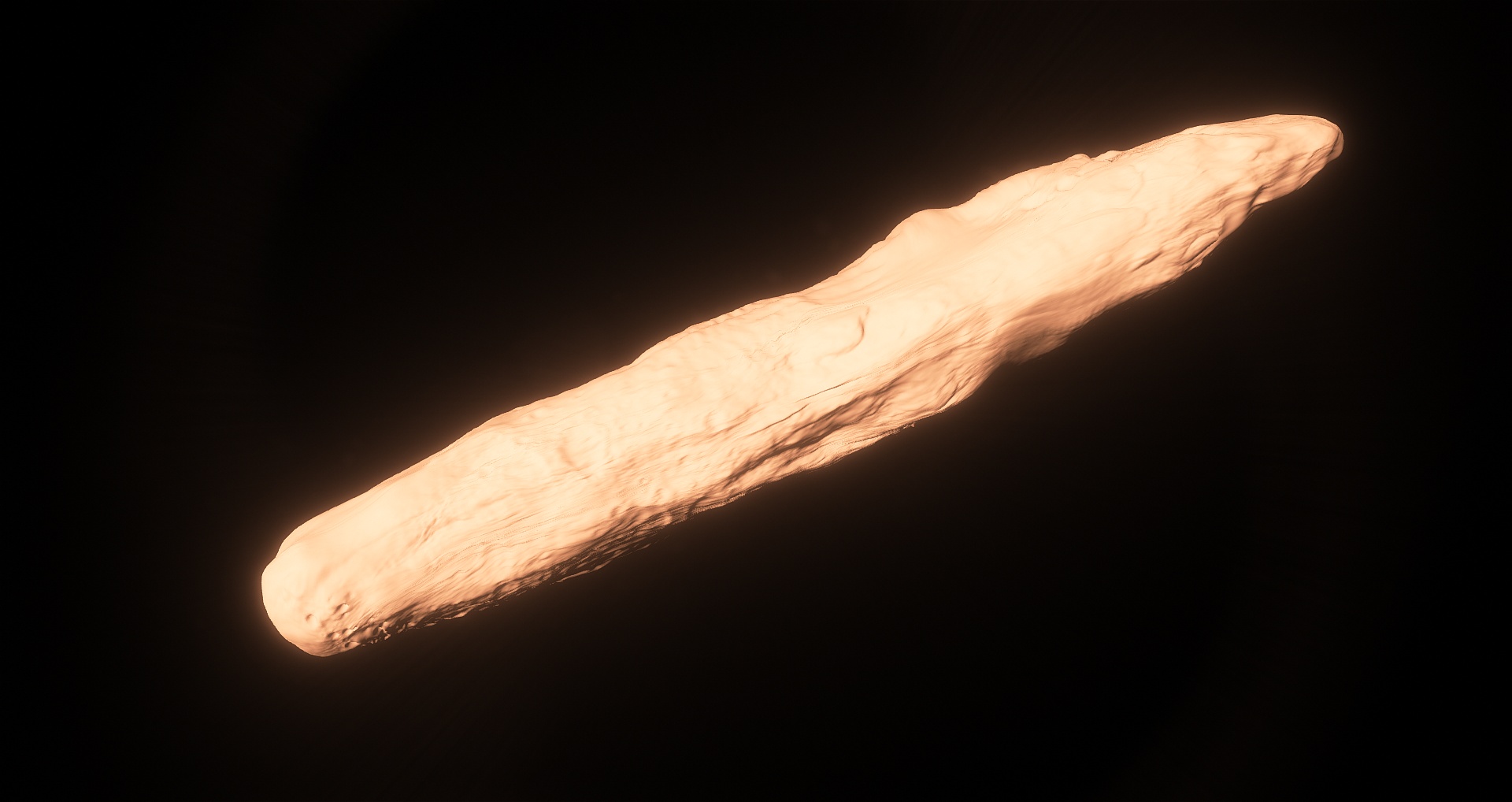 The new feature - static (uncontrollable) ships, space stations and planetary bases - are handled by SE as a fake "satellites" with a custom 3D models. They uses a Keplerian orbits as a normal planets or moons do, or a static position relative to the parent body, but are rendered by a ship model instead of a ball with an adaptive terrain mesh. But the same mechanism can be used to render asteroids with a custom 3D model instead of a cubemap elevation maps, needed to create a planetary body. In this case object is displayed in SE interface as a normal asteroid of dwarf moon, but its model is replaced with a custom "ship" model.

This is recently discovered interstellar asteroid 1I / `Oumuamua: 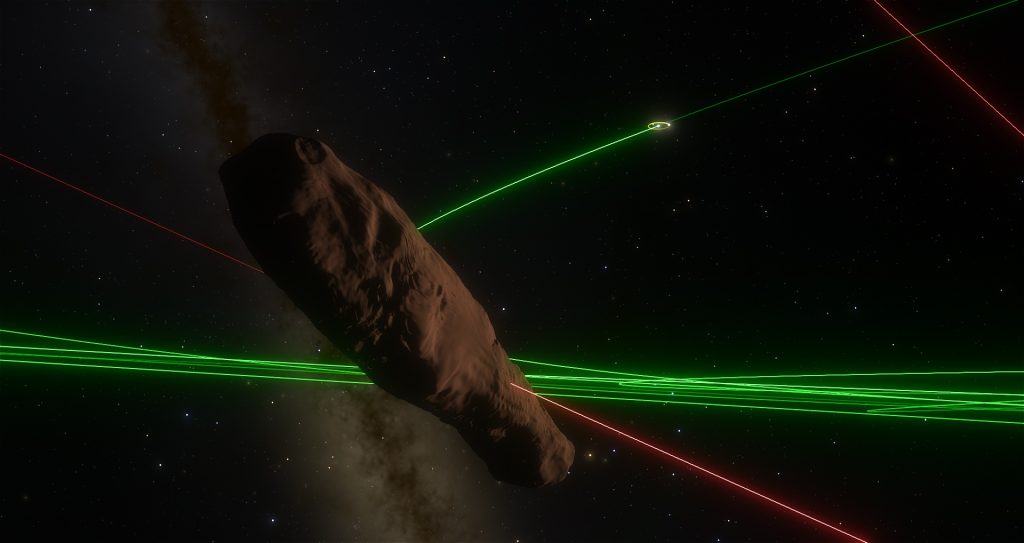 Oumuamua at its closest approach to the Earth

The model is the same as in the ESO press release. It was gently given to me by its author Luis Calçada. The model has very big polycount and no textures, so it needs some improvement. 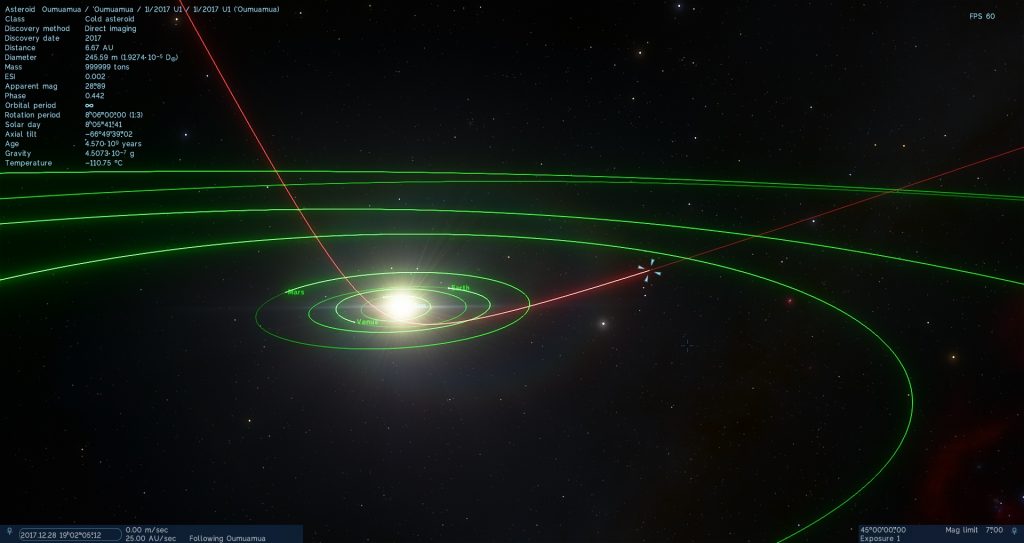 Oumuamua orbit and position today on 28 Dec 2017, when I made this screenshot 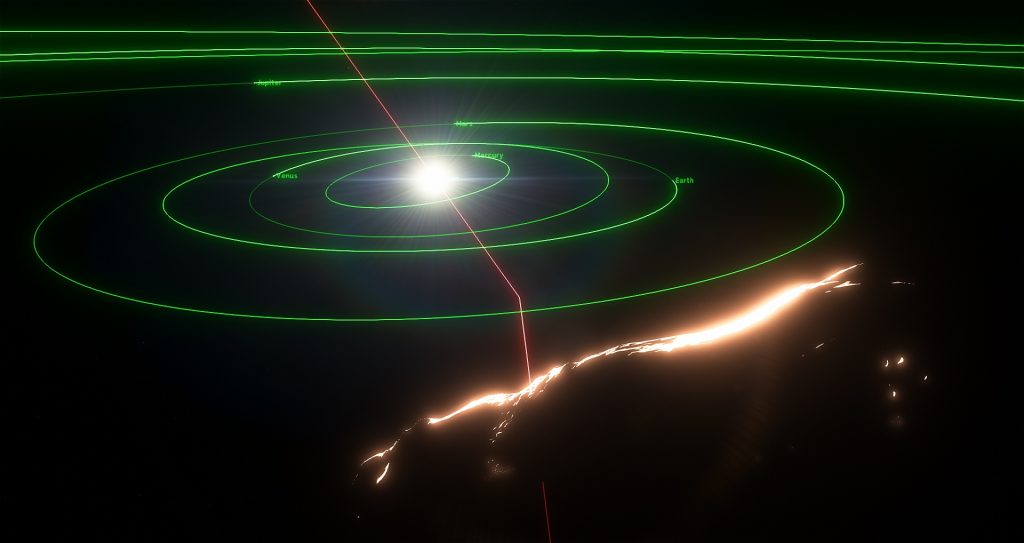 View from its perspective today on 28 Dec 2017, when I made this screenshot

This is 67P / Churyumov–Gerasimenko comet. Model is not very good, and also has no textures. I have to find a better one. 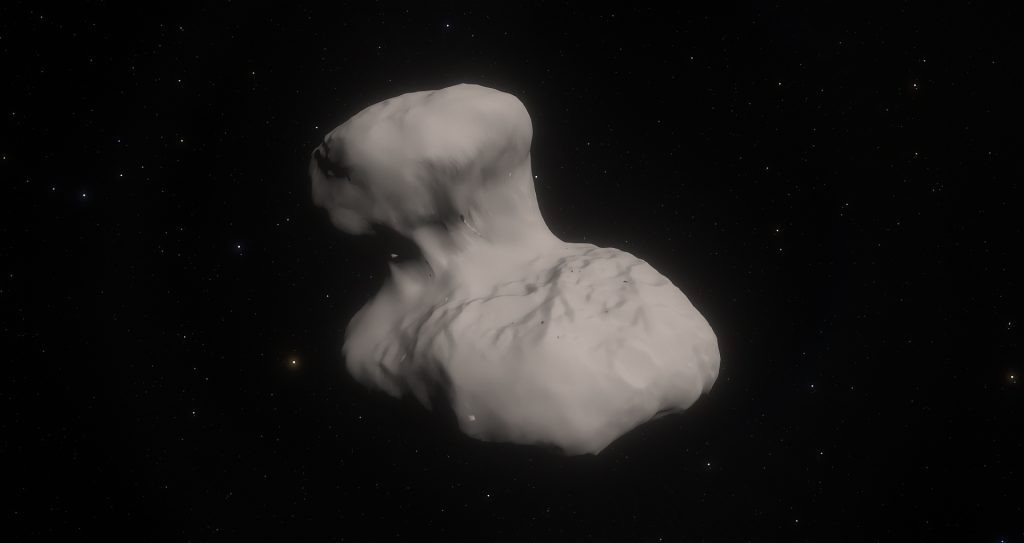 You may add ʻOumuamua to SE 0.980/0.980e by this script (name the file Oumuamua.sc and save it to data/catalogs/planets). Of course, in 0.980 Oumuamua will be rendered as a procedurally generated asteroid model.

As you can see, there is only one new parameter in the script - Model, which specifies a path to the ship scheme file (relative to the models/ virtual subfolder). This mean that any normal ship model can be used for asteroids, including modular SE ships. The only difference that it is saved in the models/planets/ folder, instead of models/spacecraft/. This way 'Oumuamua's model will be ignored by the Ship manager (i.e. will not be displayed there as a ready-to-use spacecraft).

Before trying to assign a custom model to 'Oumuamua, I've experimented with a triaxial elliposoid shape for planets. So far planets and stars in SE are oblate spheroids, i.e. flattened spheres. Their oblateness controlled by the Oblateness parameter in script and editor. There were no way to make a prolate (egg-like) shapes. Now I've changed oblateness a vector, i.e. now one can specify something like Oblateness (1.0, 0.6, 0.8). So it's possible to make a prolate shapes, like in close binary stars, and also a triaxial ellipsoid shapes. This is needed for objects like Haumea, Varuna and even Mimas (almost all "spherical" satellites are triaxial ellipsoids). 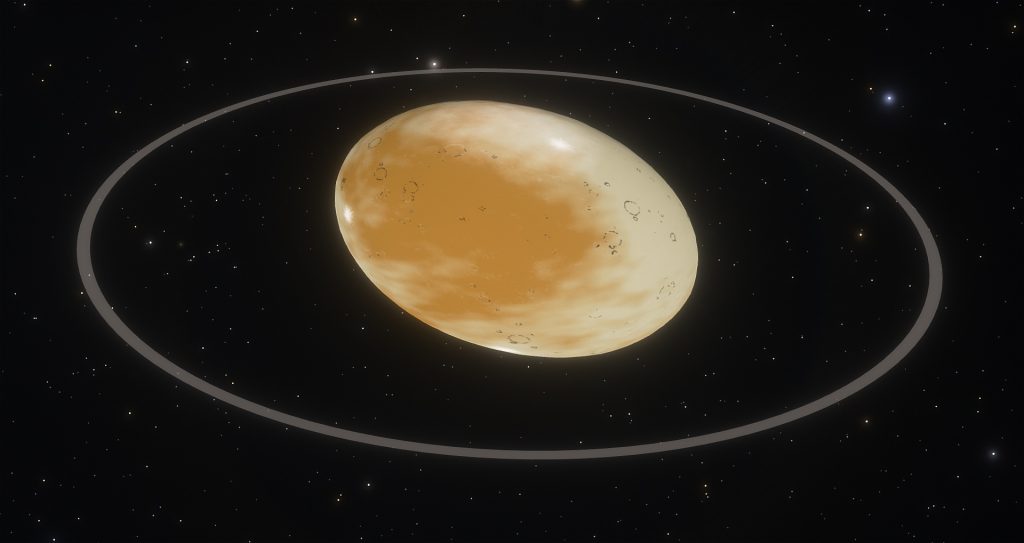 Dwarf planet Haumea has an odd shape, and... rings!

A three-component Oblateness is not a very convenient way to describe a shape, so I've added a new parameter Dimensions (x, y, z), used to describe sizes (diameters) of an object by its three primary axes. You may sometimes see such descriptions in Wikipedia articles. For example, Haumea dimensions are 2322 × 1704 × 1138 km.