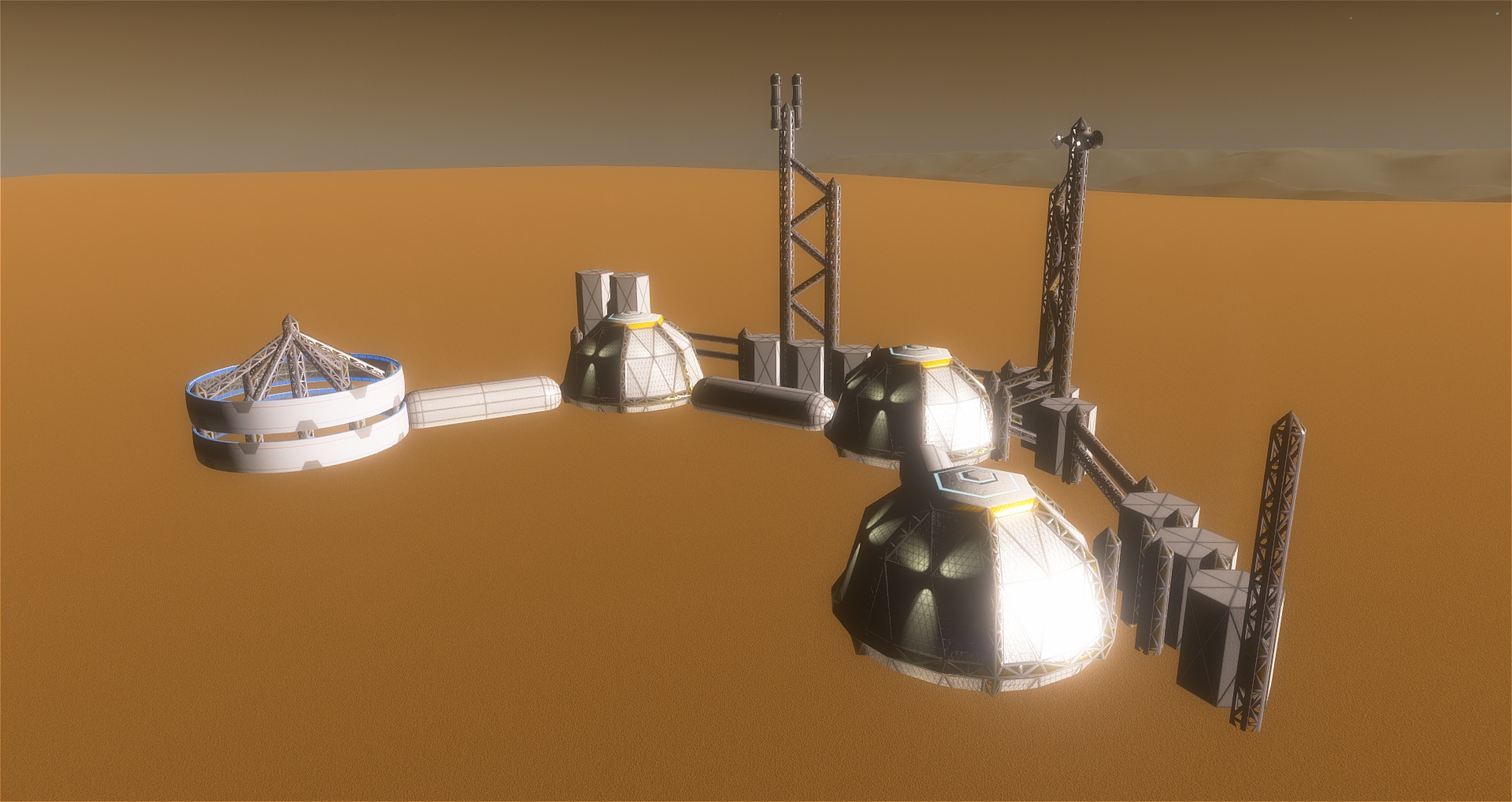 Made some adjustments in code, now it's easy to make a base as a static ship.

New types of celestial objects added - "Object", "Spacecraft", "Structure", "Artifact", used to describe a static ship/building as a fictional "planet" in a planet catalog. You have to describe your object as a "satellite" of a some planet like this:

There you have to specify a longitude, latitude and distance from the parent planet center in the FixedPosPolar, then adjust it more precisely it in the ship/planet editor (I have added an "infinite slider" mode for sliders to ease editing), then save the script (via exporting). If the TidalLocked true is specified, SE automatically computes the object's orientation to keep it horizontal on a planet surface (RotationOffset is a free parameter, used to adjust orientation azimuth).

Any ship model can be used, for this example I created a martian base model in the ship editor (capsule-shaped modules were rotated in the built-in SE ship editor). You have to specify the path to the model's sss script in the Model parameter. The sss script is regular, I only have added a new ship classes: "Building", "Base", "City": Space station could be made by similar way, you just have to specify different type/class, and describe a normal orbit around planet instead of FixedPosPolar. Static space stations could be used to dock with you ship. This works even for buildings/bases, although has no sense. In future docking ports in bases could be changed to a landing pads, with different highlighting mode.

Next necessary work is adding static ships to a game (so you can build/destroy them), and making an easy tool to place a base on the ground.

The main visual problem with this is that bases looks like coming from a game from 90's. SE does not have a good lighting model for ships, no shadows, no custom lights, no global illumination, no transparency, no reflections etc. A very large work must be done in this field. And, of course, needed improved level of detail of planets, especially on Solar system's ones...