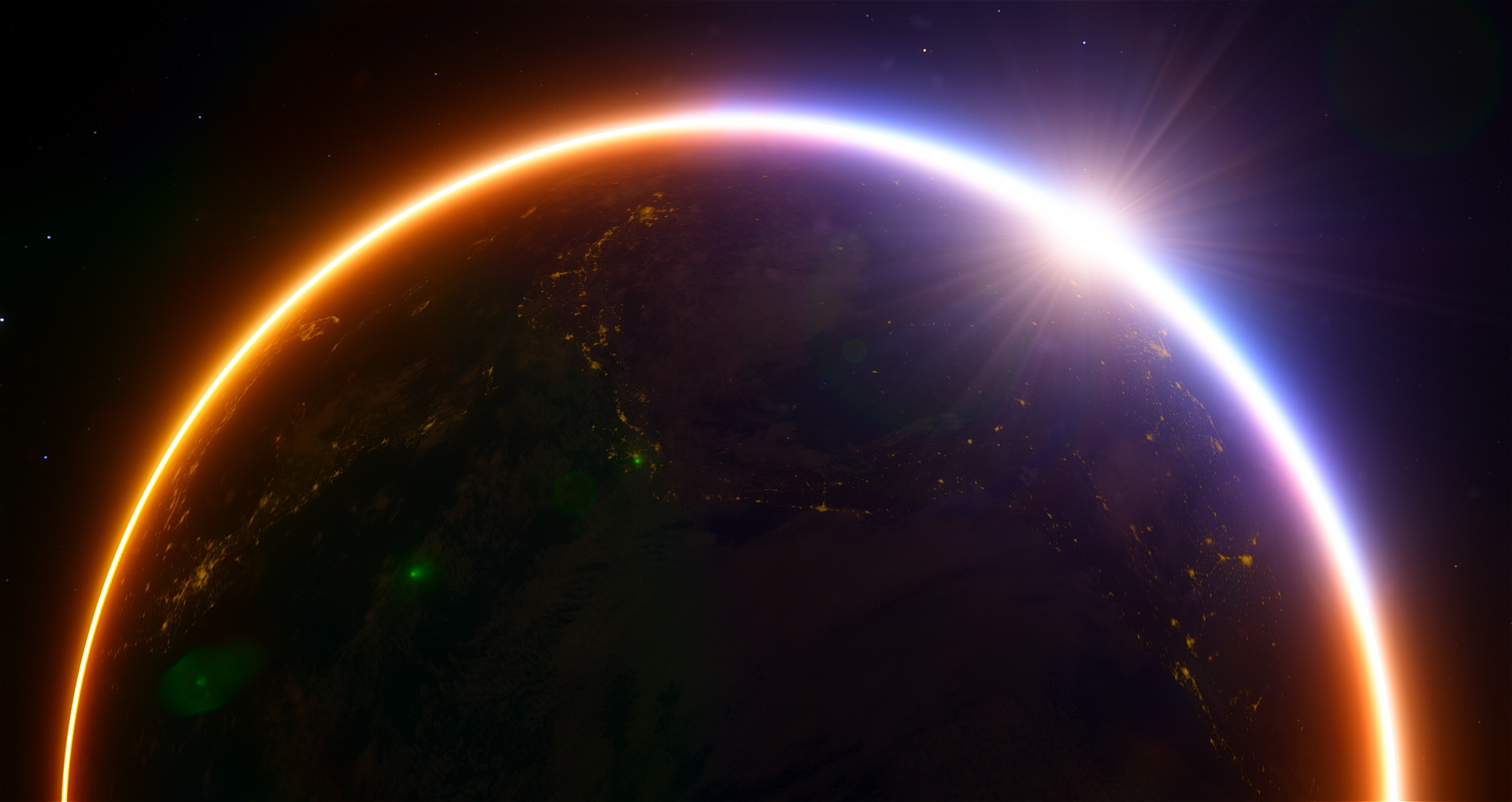 I am still working on HDR, also added some post-processing filters, like sharpness, saturation, color vibrance. And I remade the settings menu, combining them into a single huge menu with tabs (excluding keys/mouse). Not sure if I should merge keys/mouse settings there as well.

Here are some screenshots.

Auto - realistic rendering mode with a real (physically based) brightness of all objects - stars, planetary surface, galaxies. Automatic camera adaptation is enabled - engine choosing the exposure value by analysing the image brightness in the central area of the screen. User can adjust the frame brightness by the "exposure correction" (keys < and >).

Manual - the same mode, but automatic adaptation is disabled. Manual setting of the exposure correction is needed. Good for comparison of the illumination level on a different planets, and for taking screenshots.

HDR - the old rendering mode, when you can see planet and stars in the sky simultaneously. It is called HDR by analogy with photograph, because it is indeed "high dynamic range photo". In SE it is faked. because engine simply renders each kind of object with its own brightness multiplier (not physically based). This is what SE used to render the space before. Sharpness 0 / Sharpness 1. Large sharpness value effectively disabling anti-aliasing. Maybe there are some better filters/algorithms for this. I also upgraded the old sun lens flare rendering method. It is now completely smooth: lens flare disappearing smoothly behind occluder, not instantly as before, when sun's center get occluded. It takes into account color/absorption of the transparent occluders such as atmosphere and rings. Lens flare mode "simple" removed - it is not needed anymore. Also rendering itself is highly optimized, FPS drop is 10-20, not 100 as before (excluding Astroniki, especially Astroniki 2 - they uses ~50 very large ghost sprites, this should be optimized). In sake of optimization all ghost/flare textures are must be merged into a single atlas. I made huge work behind this, now SE has 3 default atlases - Astroniki.png, Anamorphic.png, and Duality.png. They are 16-bit png now, because 8 bit images have not enough dynamic range for this effect. Modders should use one of these atlases, or make a new one: only one atlas per effect preset is allowed.

This is the Sagittarius A* system from 0.22 light years (~20 stars showing lens flares): And some bonus screenshots: