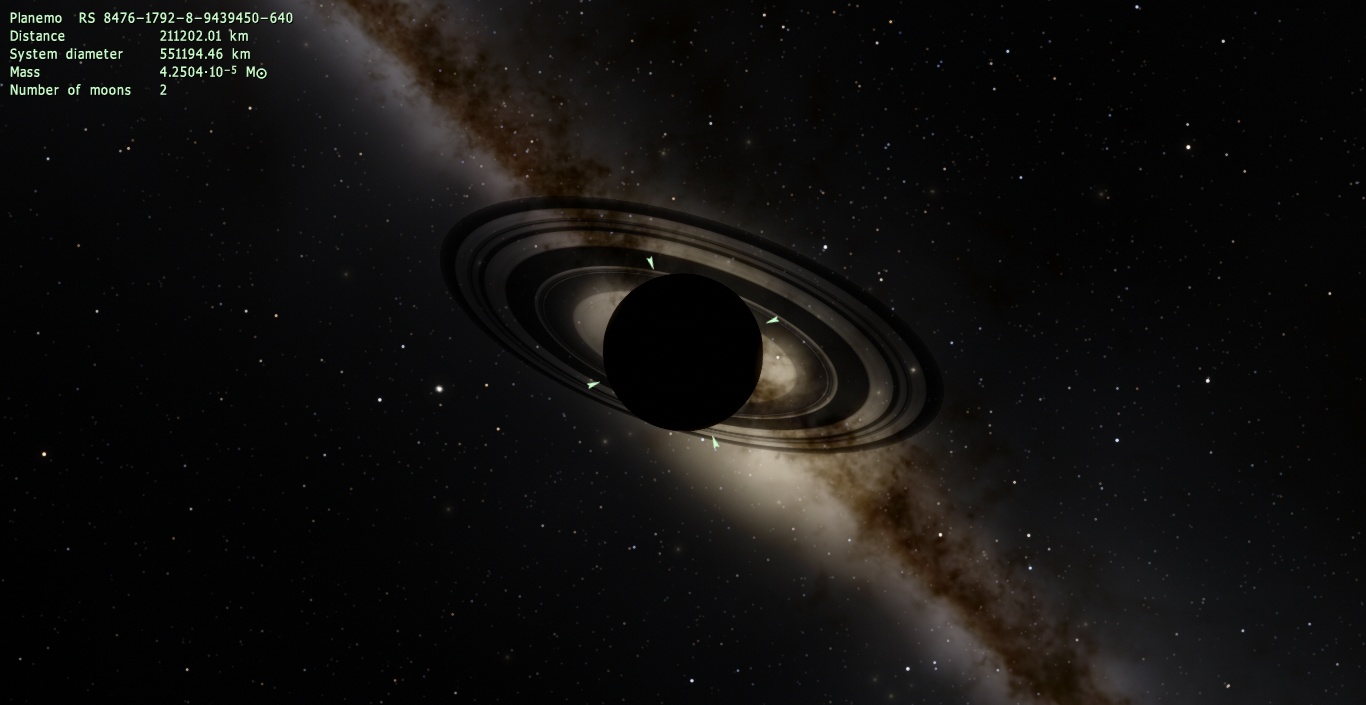 What is this new feature you may ask? 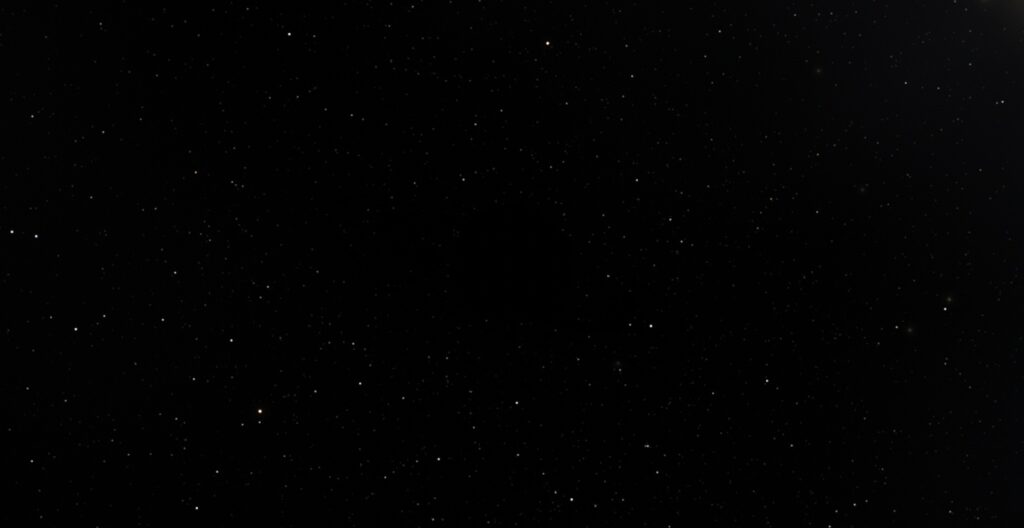 This is a planemo (a rogue planet). Just a black ball, nothing to see there, if you don't have bright background or don't use ambient lighting. The planetary system without a star is classified as "planemo" (oops localizations must be updated once again...). The planet itself and its moons are called as usual, planet/dwarf planet/moon/dwarf moon.
And no, SpaceEngine does not support lighting from nebula, nearest stars or other interstellar object yet. 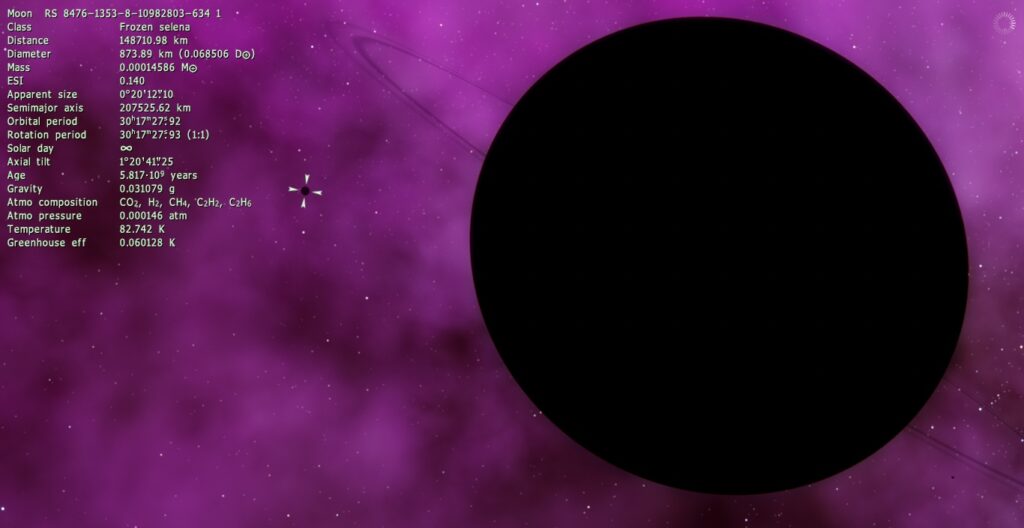 Solar system browser and Wiki renders previews with some ambient lighting, to be able to see at least something. The same is used in a black hole systems with no accretion disk and other light emitting bodies. 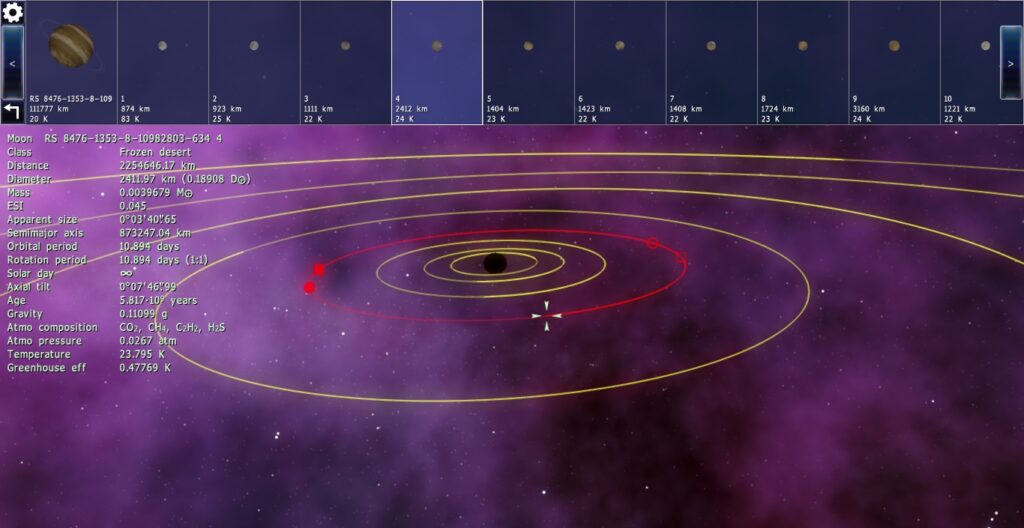 The Map mode shows planemo systems as a pink dots (yeah there are a lot of them, planemos are thought to be as much abundant as stars). As long as planemo have zero luminosity, it could be visible only at highest zoom level (like black hole systems). 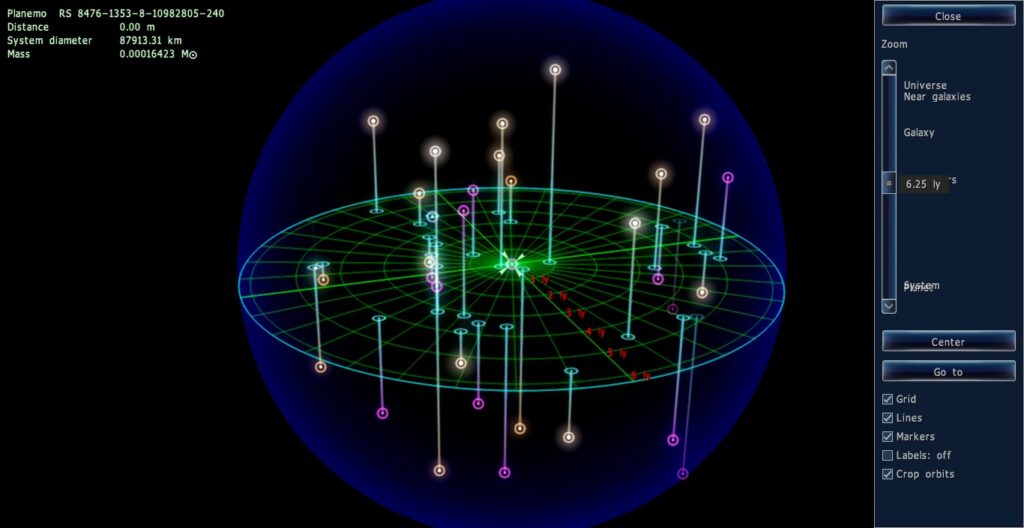 The star browser is also updated, it now have options to search planemo, or search normal star systems, ignoring planemo while building a star list (otherwise the list will be spammed with planemo). "P" is a new stellar class representing planemo, it is used in SE scripts to add them. 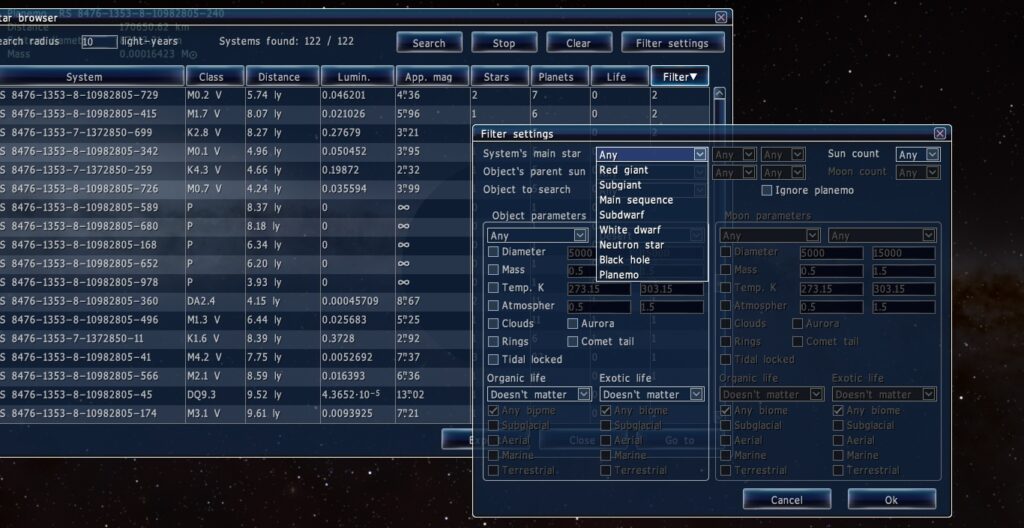 Now you see what adding some small feature is a huge work. All engine systems affected by that feature must be updated. In this case, they are: Solar system browser, Star browser, Map mode, scripts. And a star classification system. This is not visible to user, but it was a hard task: I completely change the way SE handle star class in the code (the majority of work was done a months ago though, then I added Y brown dwarfs). 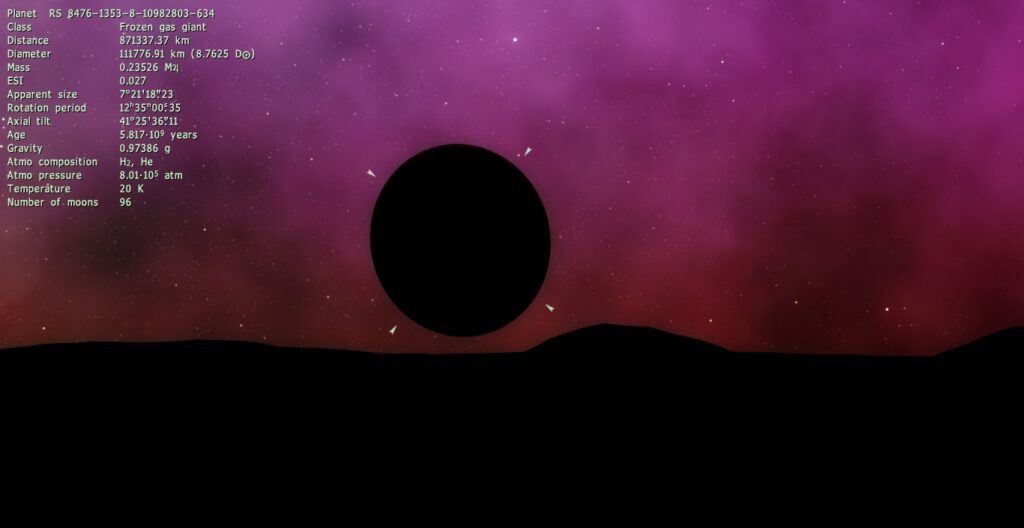