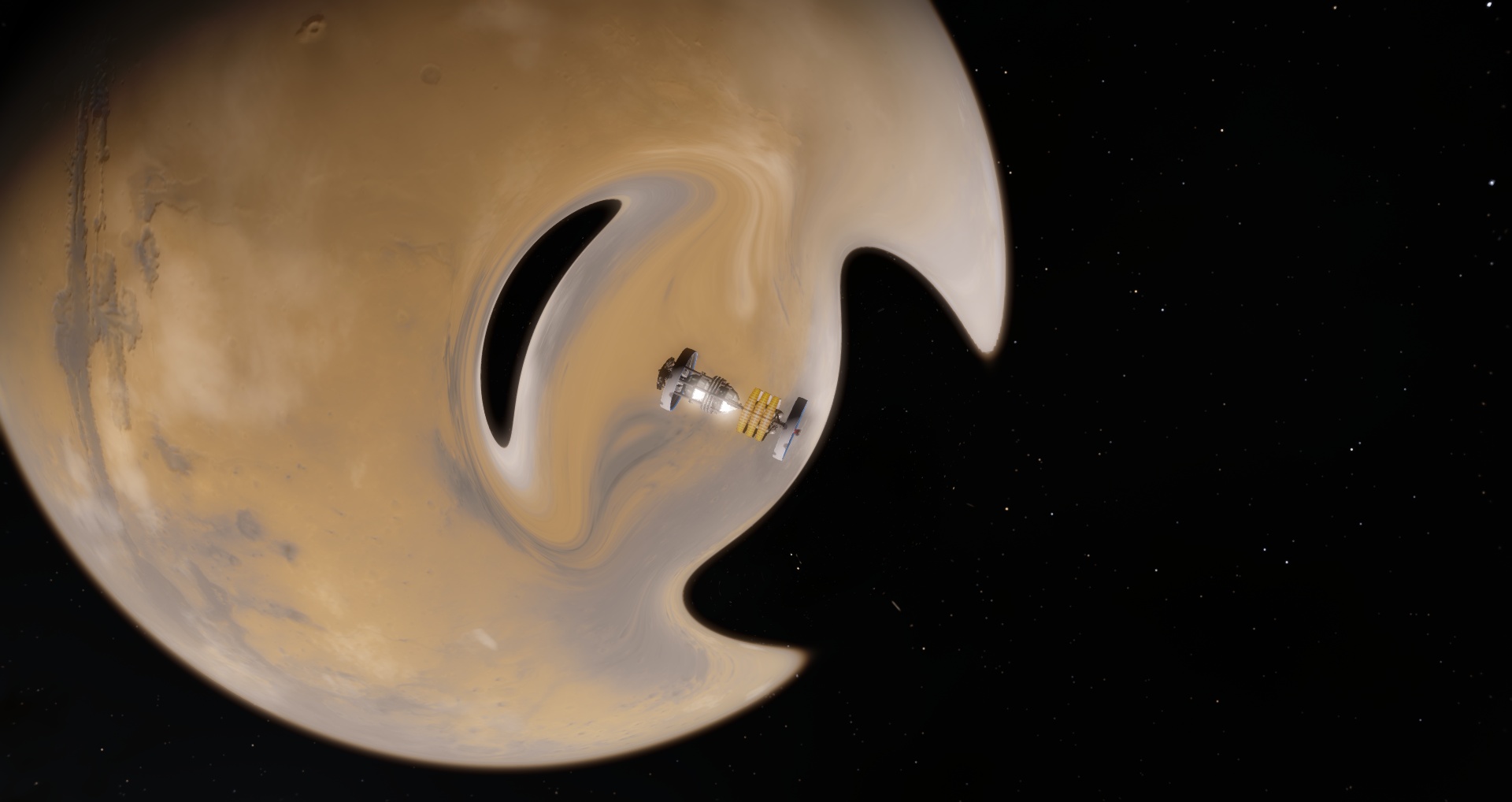 This is the Alcubierre warp field bubble: "gravity" in front of the ship and "antigravity" in back of it. The ship itself is in the non-curved space-time in the center of the bubble. The ship is rendered after the warp effect, so didn't look distorted (I don't know how to implement accurate rendering of models in a curved space-time). Note what in reality such view is impossible: observer can't move together with ship while staying outside of the bubble, because his speed will be superluminal. 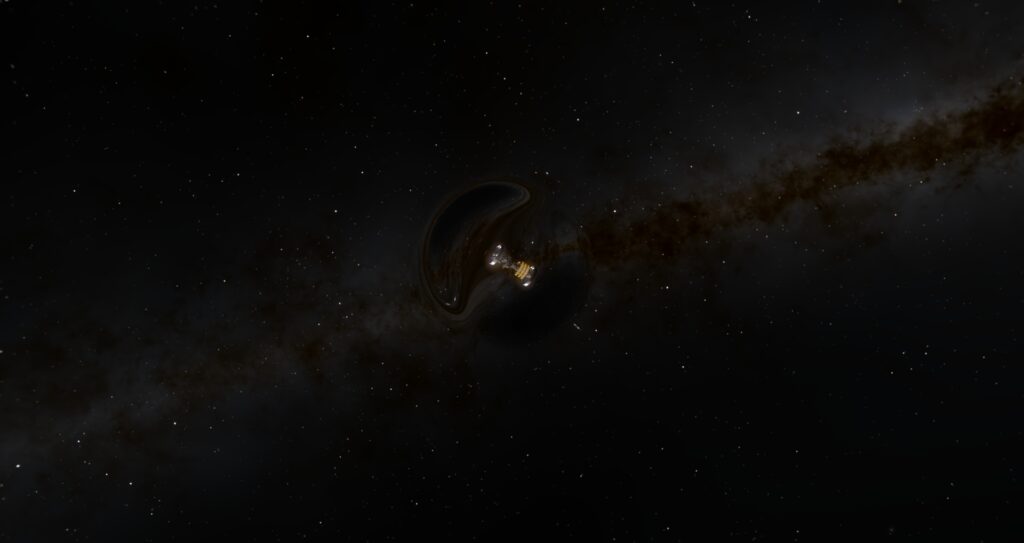 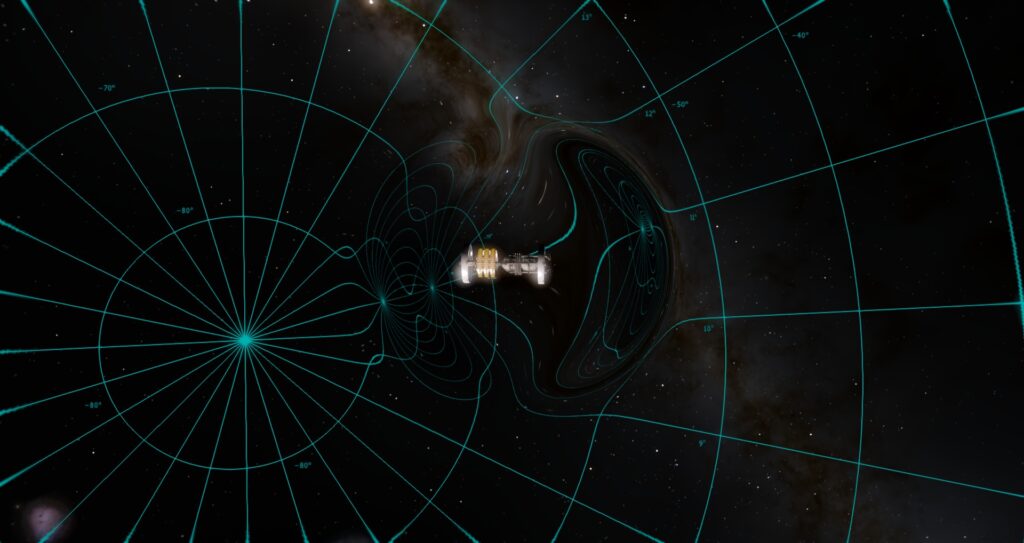 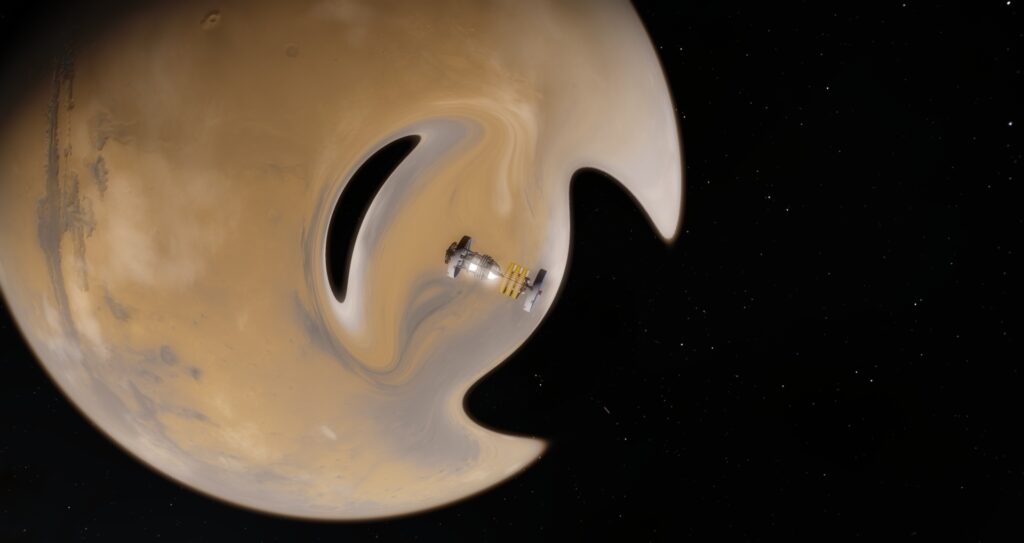 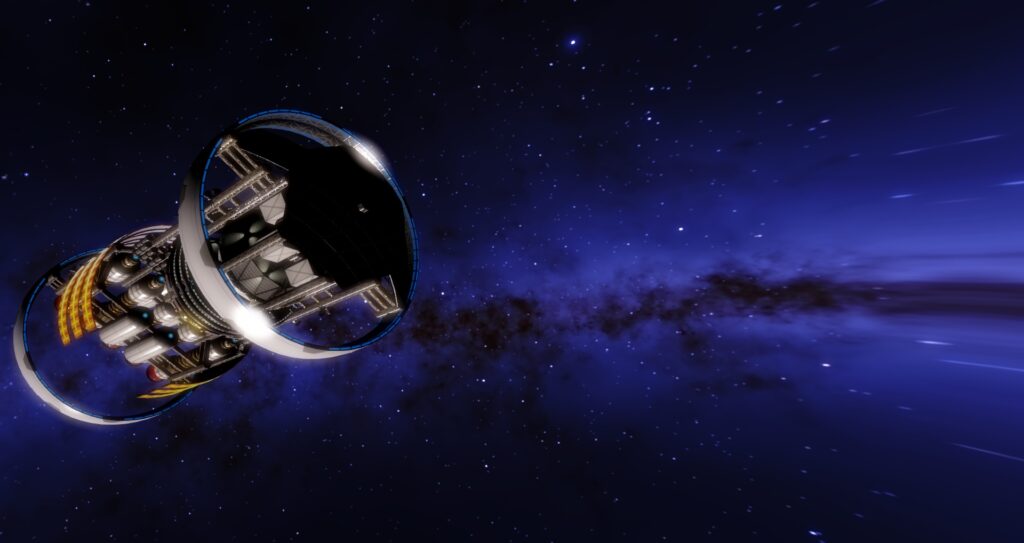 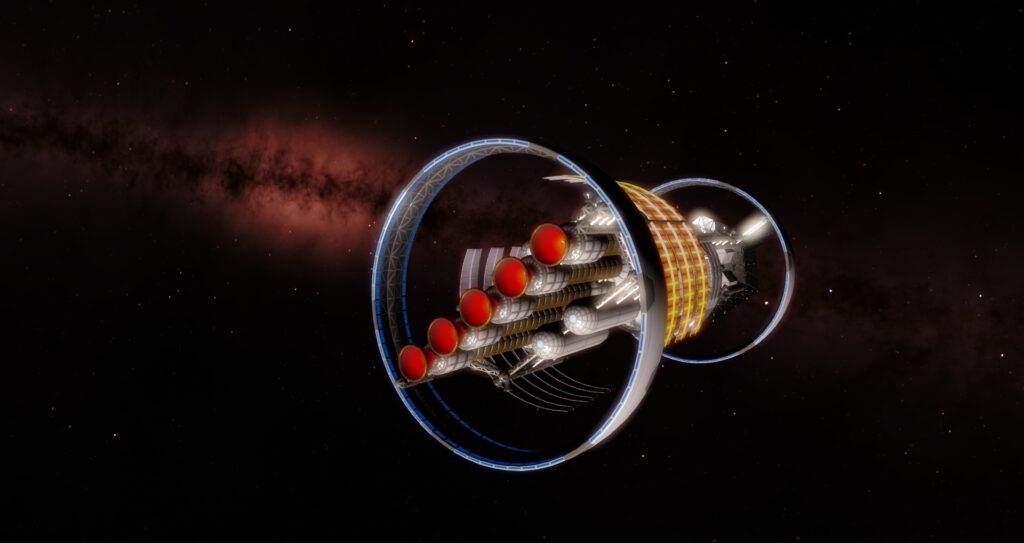 From the center of the bubble, the Universe looks undistorted.

The warp field visualization is fake. Equations for light path in the Alcubierre metric are way to complex to be implemented in the code, at least for now. Maybe a few SE versions later, when I implement the Kerr metric for rotating black holes, I'll also implement an accurate rendering of the Alcubierre warp bubble.

Added 7 years later: we did it!