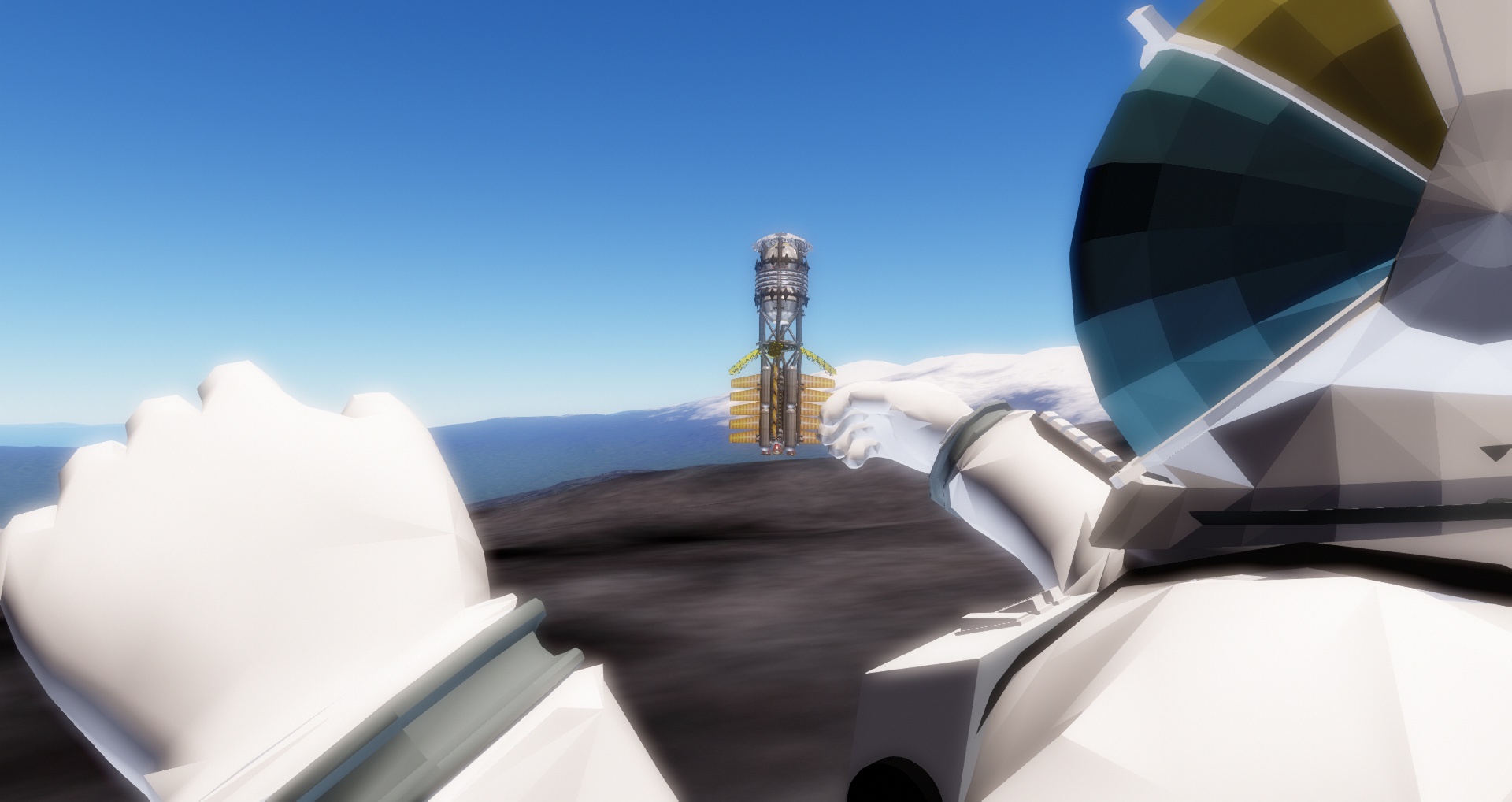 Recently I implemented a feature called reversed floating-point depth buffer. It works on NVidia and AMD, but I didn't tested yet on Intel. It is similar to logarithmic depth buffer, but with full hardware support and with no changes in shaders. It allows SE to use a single depth buffer for the entire scene, like in usual 3D games. This unocks a lot of possibilities, which SE can't use until now. For example, easy render of transparent objects between opaque, like orbital paths, or small moons inside rings. Fixing all issues with render order, like rings or aurora being rendered in front of space ship. Particle effects on planets and ships (smoke, clouds, rain etc). All modern algorithms which required access to the depth buffer (deferred shading, 3D water with distortion, SSAO, shadow maps(!), etc). 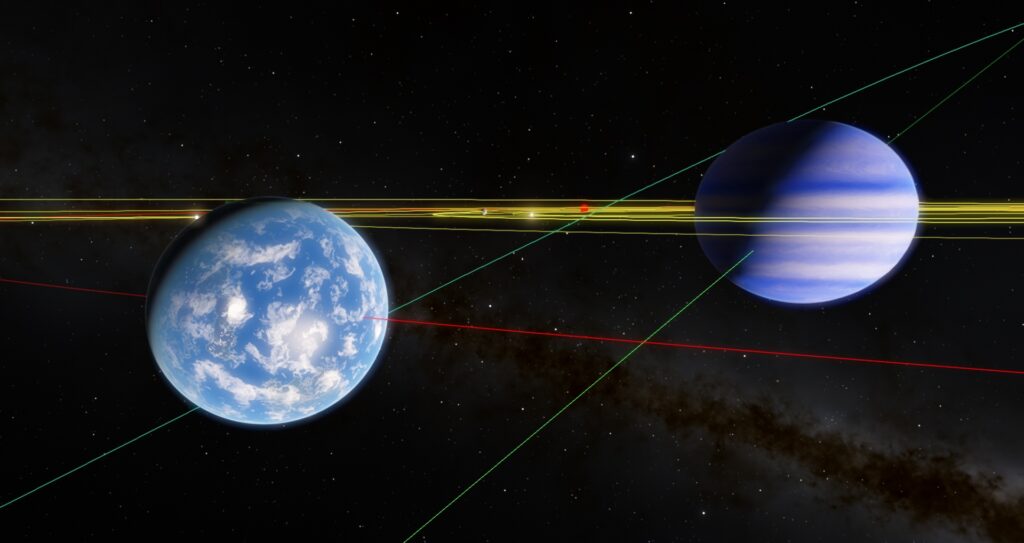 Ship on ballistic trajectory (ie in orbit which intersects a planet surface - a marker "Impact point" can be rendered now!): 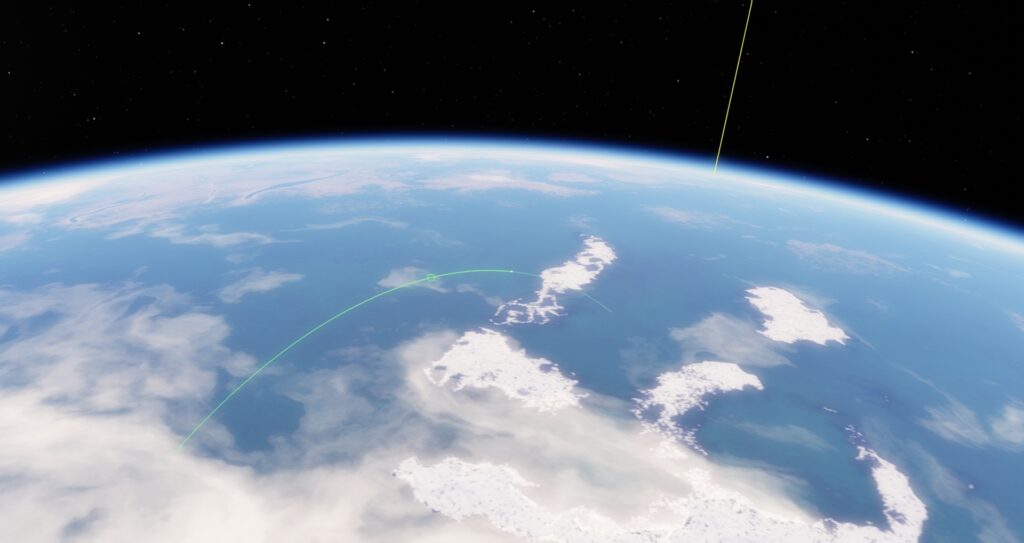 But the main and most epic feature of this feature is amazing precision of depth buffer. It's possible to sit on a nose of astronaut model while looking at mountains on distant planet, and have no z-fighting! No more z-fighting on water shores and on clouds. Camera collision height can be reduced to fractions of millimeter, which allows implementing a long-awaited "walking mode" (accurate collision detection is needed though).