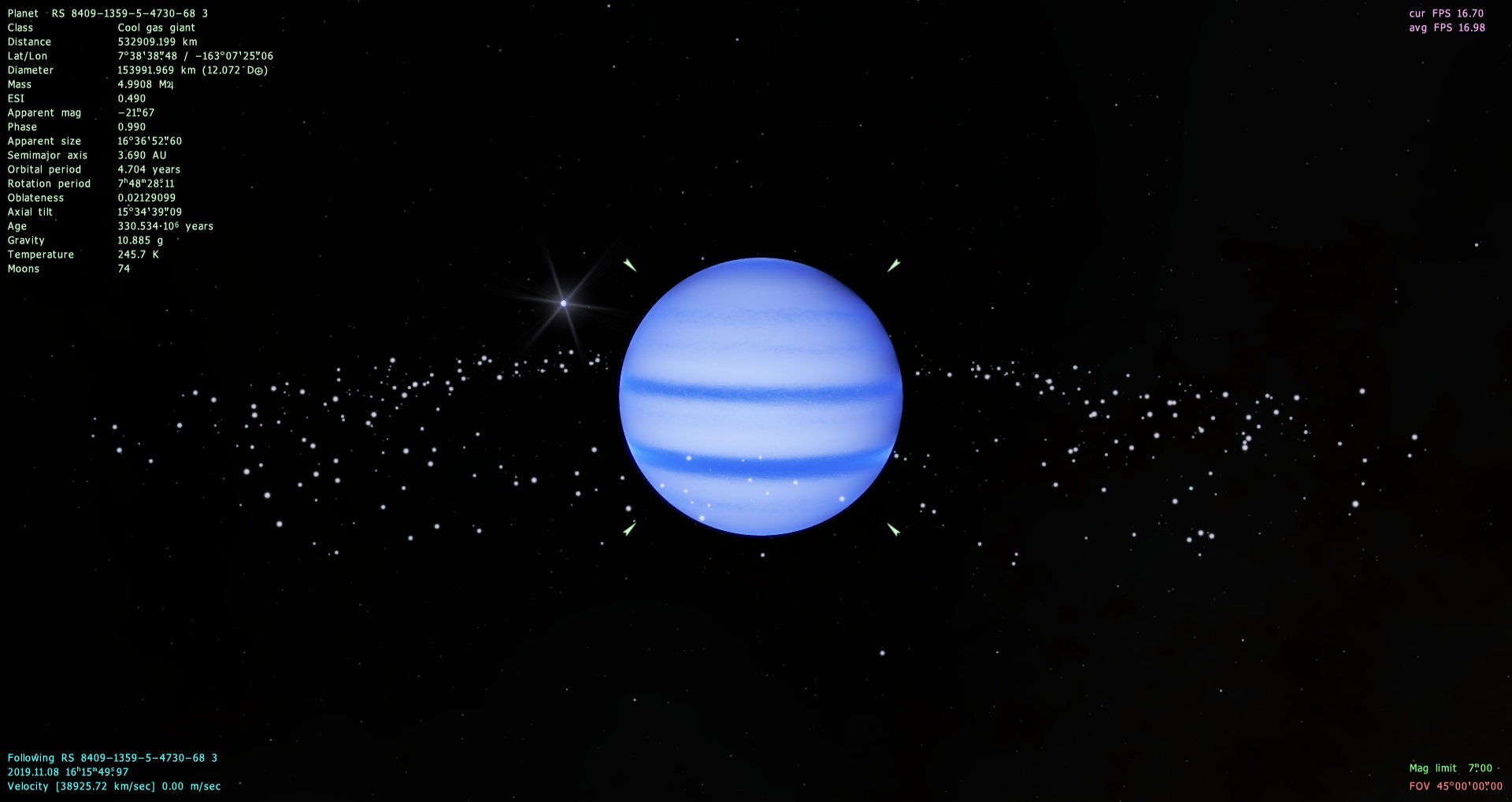 I implemented something like debris asteroid belt around a planet. Nothing new in the engine, just few hundreds of asteroids orbiting a planet. Brute force implementation killed FPS immediately, so I made many optimizations: reduce size of asteroids to a few kilometers (so only few models generated and rendered at once), disable lighting and casting shadows by asteroids on each other, make their orbits circular (so orbital motion computation is going as fast as possible). Anyway, FPS is just 30-40 if time is paused, and dropped twice if time is running (but this depend on a planetary system - number of suns, asteroid belts, etc). However, lighting and shadowing is perfect:

Debris are normal asteroids, so they rendered as asteroids with procedural landscape, and their orbits can be visualized as ususal: 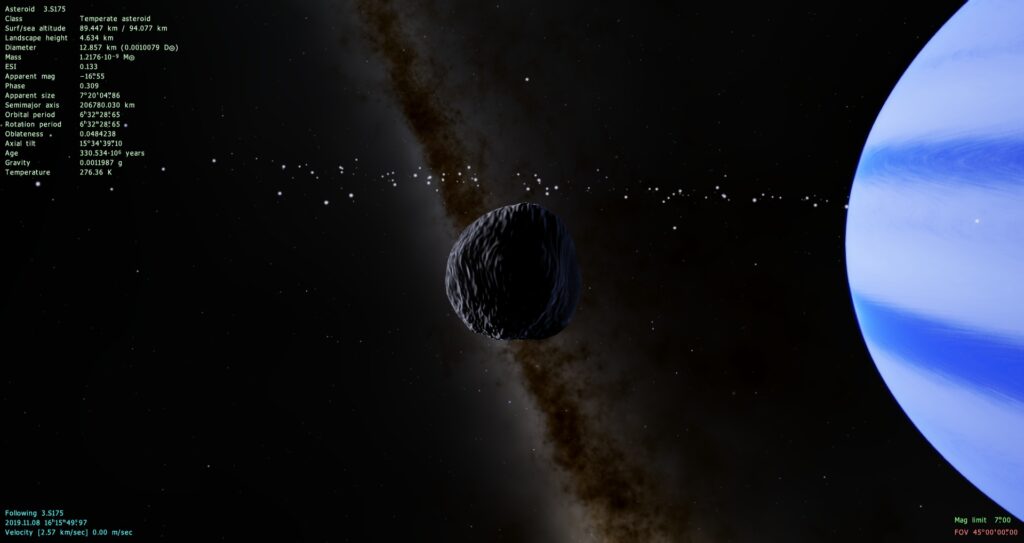 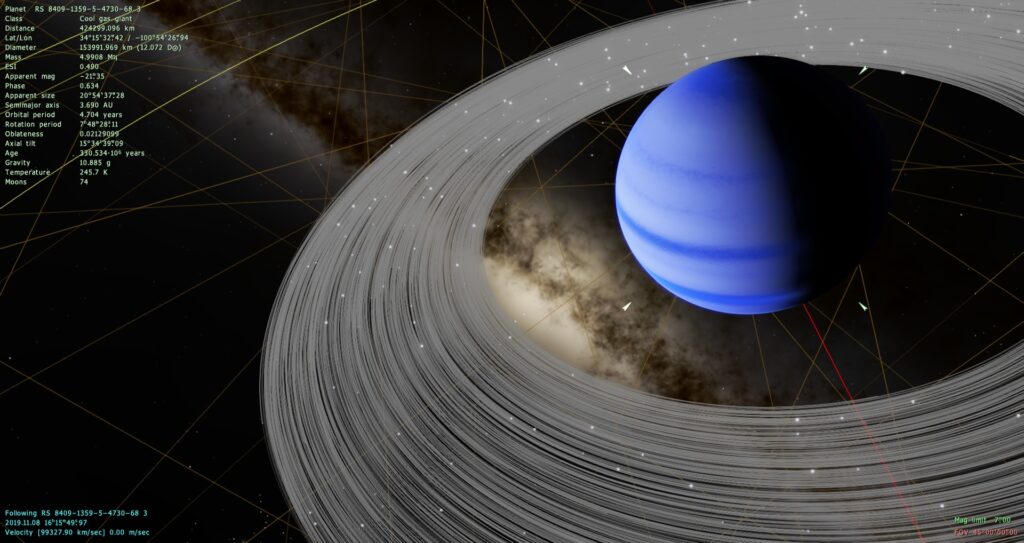 Computation of visual lighting/eclipsing and magnitude and color is done on CPU, and this is the main bottleneck. Anyway even if it will be computed on GPU, it will be possible to handle few millions of asteroids. So to implement a good planetary rings with billions of debris, some cheating must be used.

From a distance and planetary surface it looks a bit weird, due to very big visual magnitude of each rock (well, they are many kilometers in diameter, and this gas giant is close to its sun), and have a pure white color. 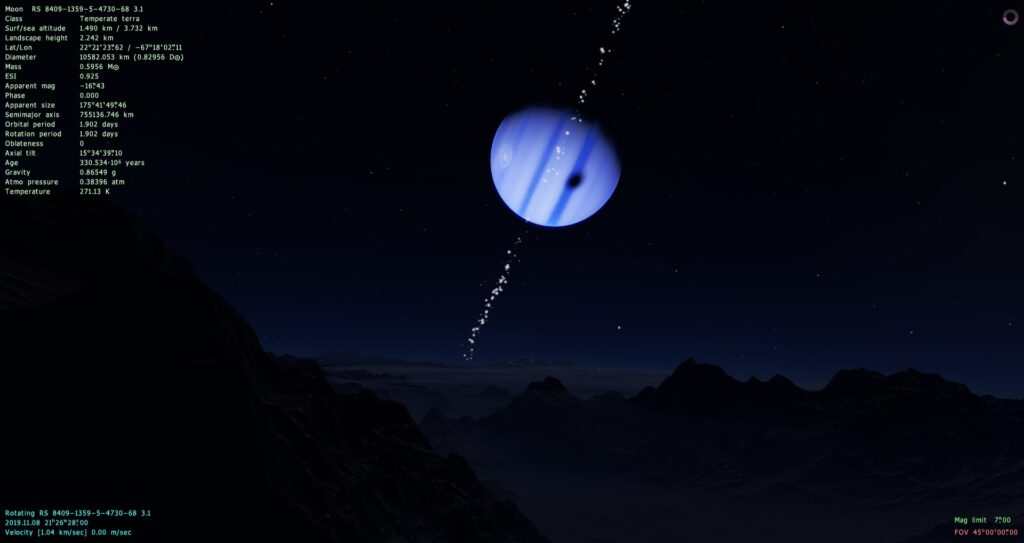 Look how debris disappear when they go into gas giant's shadow, and into satellite's shadow. Second satellite casts its shadow above giant's equator, and debris do not enter it.