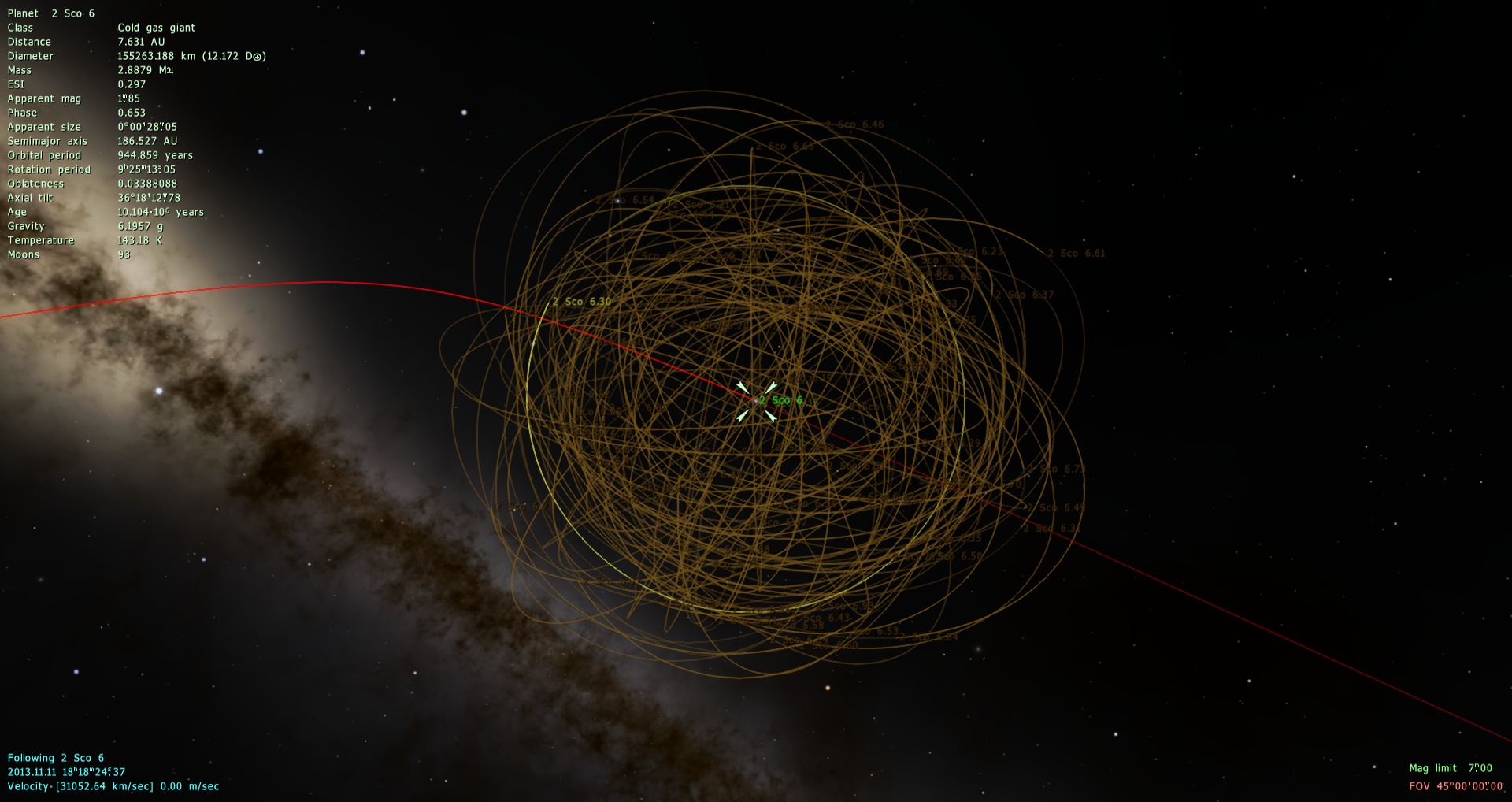 Gas giants now may have up to 100 moons, ice giants up to 40, small planets up to 20. The code used for all type of planets, but some planets may have no inner moons, or no regular moons etc, or just 1 giant regular moon (double planets, including double gas giants). 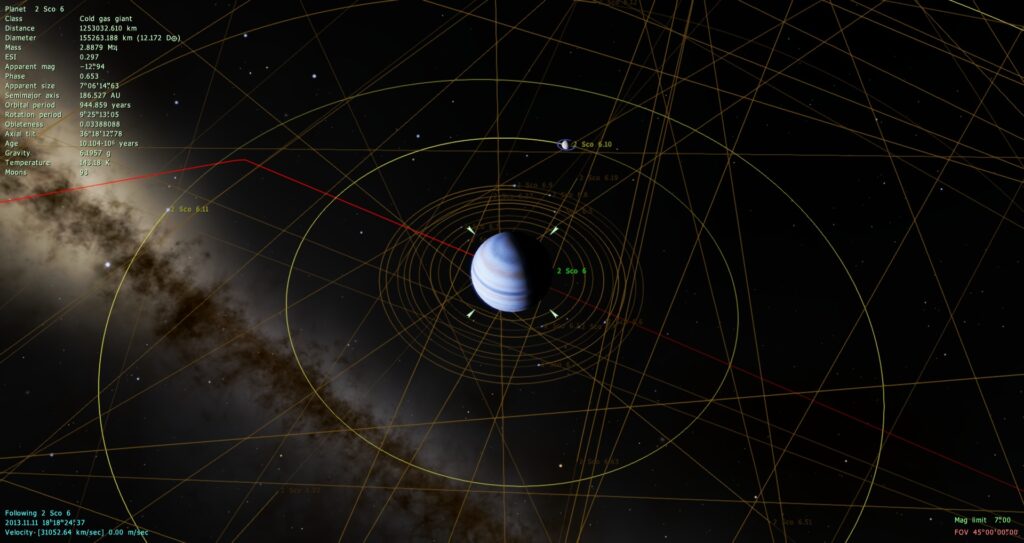 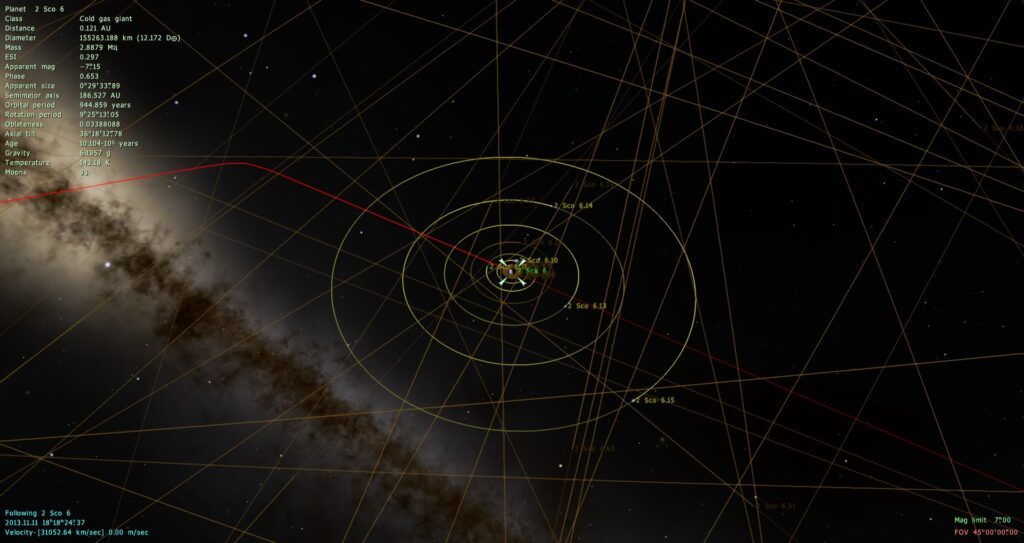 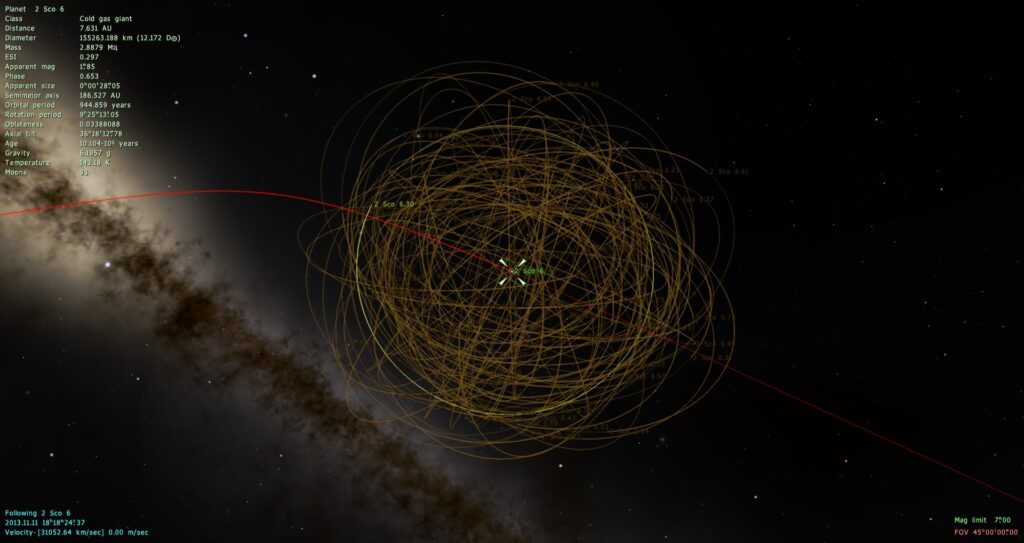 Another gas giant (with rings): 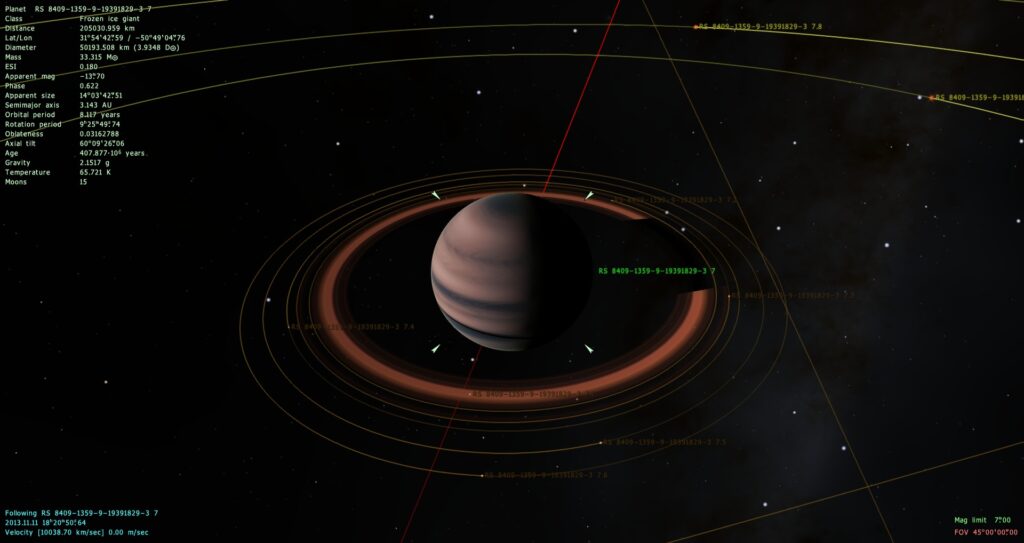 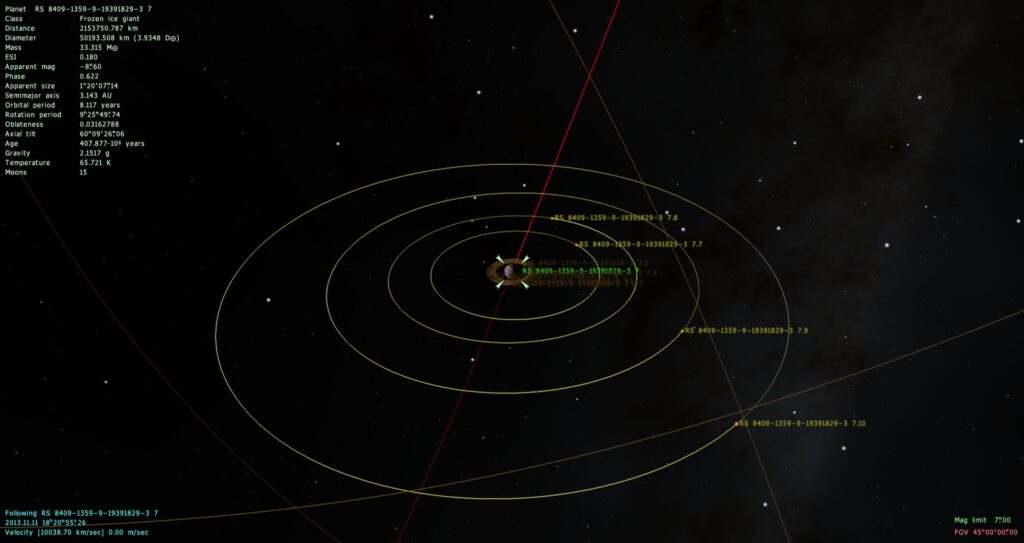 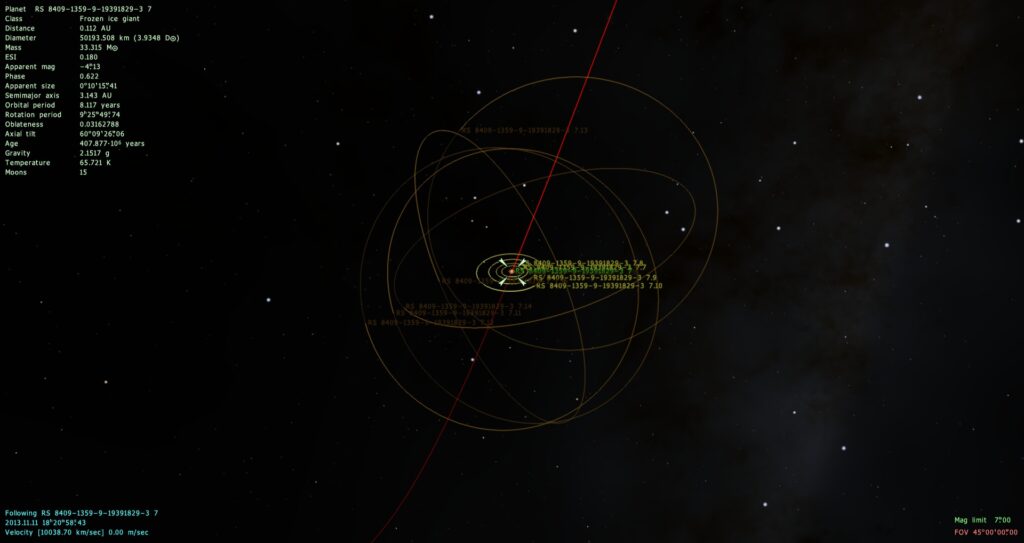 With such huge amount of moons, Planet Browser becomes a mess: 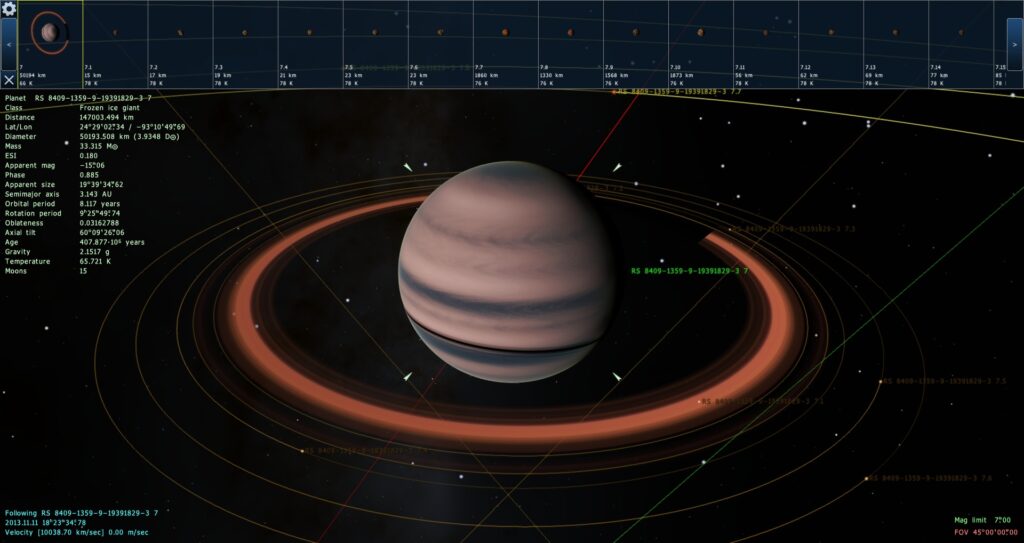 Checkbox to disable dwarf moons in the settings helps a bit: 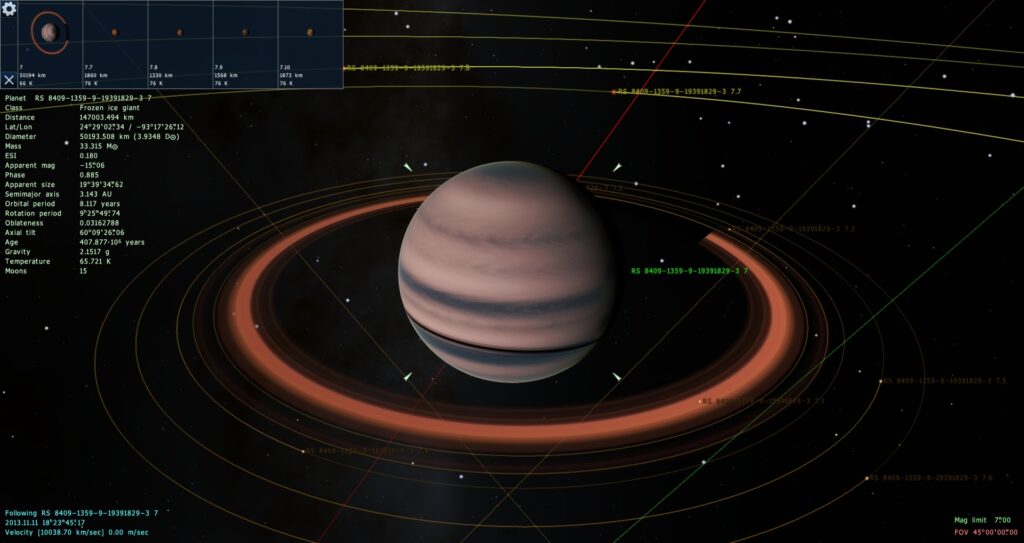 Another problem: moon numbers starting from inner moons, so main (big) moons often have a big numbers like "7.15". So would it be a good idea to change the naming system? For example, use for dwarf moons names like "7.d59" or so.