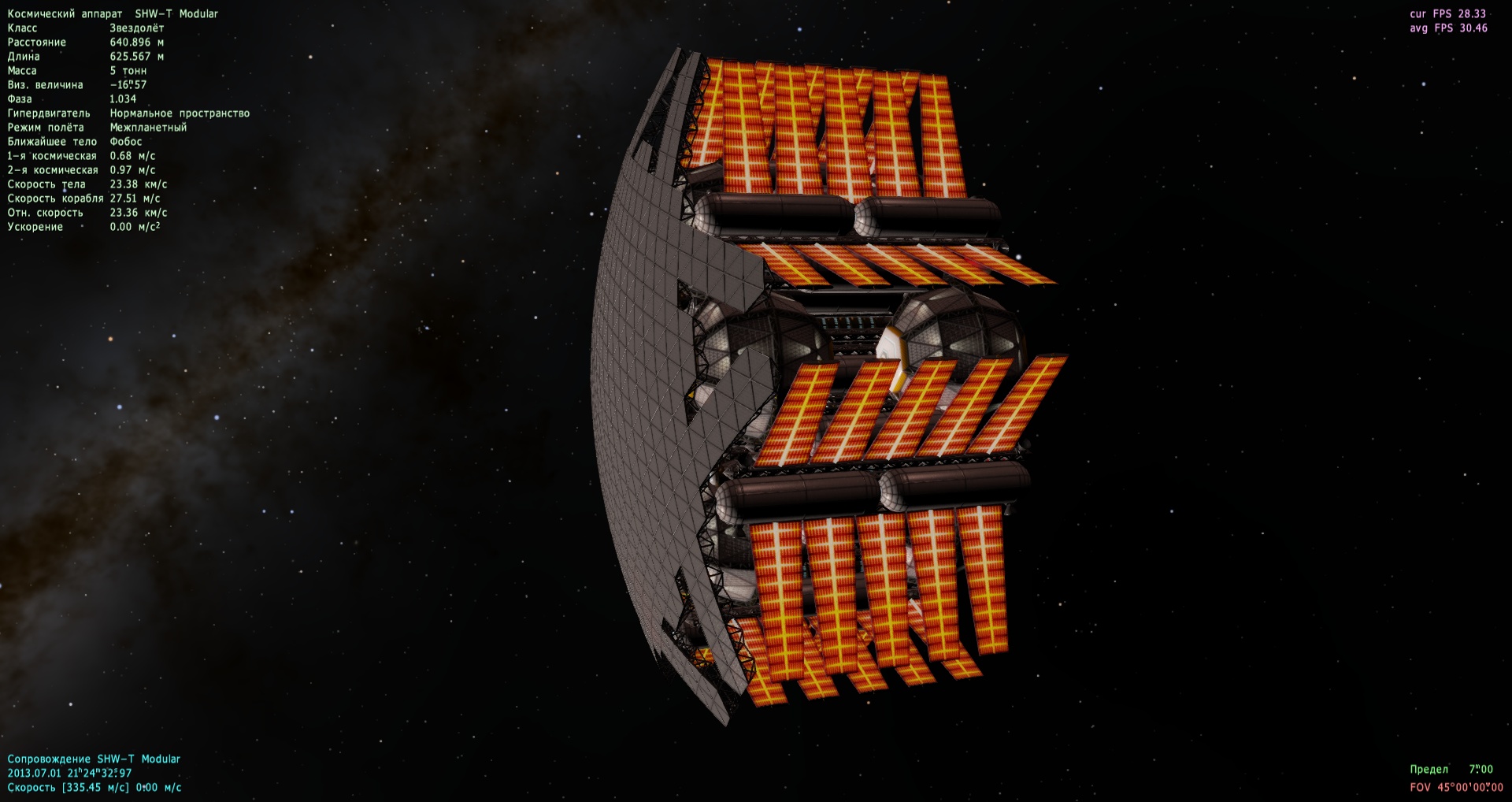 Implemented modular space ships. Do you remember this huge ship from default ships pack? Its model consumes 24 Mb of VRAM. Imagine a small fleet of various ships of such a complexity...

It is obvious that this ship is built (with SHW 's editor) of few dozen modules. So what if we load to VRAM only these modules, and draw them many times according to the "ship scheme". This is a modular ship approach. The result is pretty cool regarding to economy of memory. This (a bit updated) modular ship uses 3700 individual modules, but consumes only 1.7 Mb of VRAM, because there are only 20 different models of modules. Even more: a huge fleet of ships build by SHW editor will consume only 1.7 Mb of VRAM! 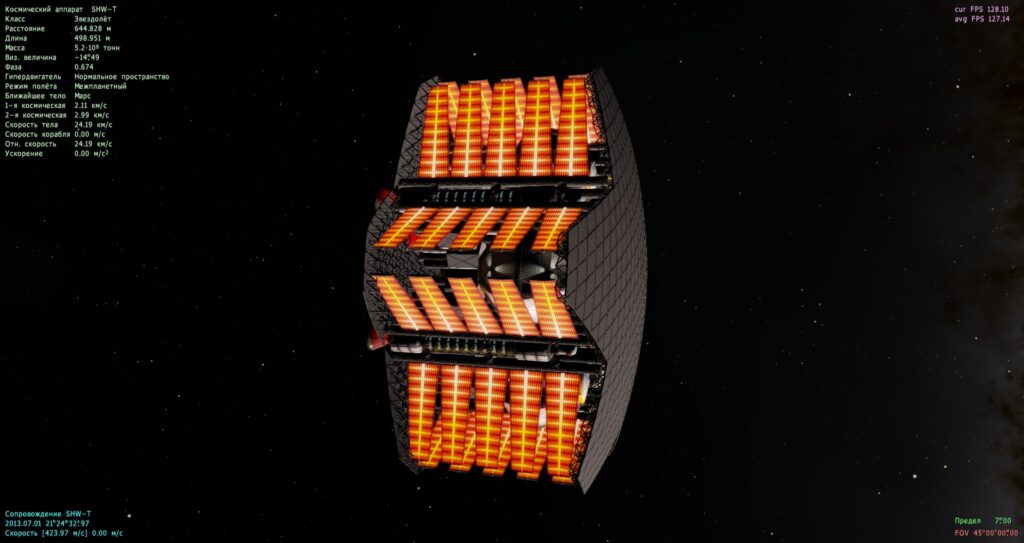 The bad news is performance. The old monolith model running at 130 FPS, while new one only runs at 30 FPS. Maybe if I implement supporting of hardware instancing, it will fix the issue (but only for modern graphics cards). Or we may use hybrid method: export frames and shields as a single mesh, because they are 90% of the model, but render other modules individually. Or just made frame segments and shield tiles bigger. And, of course, 3700 modules is a pretty complex ship, in real game it may be useless. For example, updated SHW-Y model uses only 1200 modules, and renders at 60 FPS: 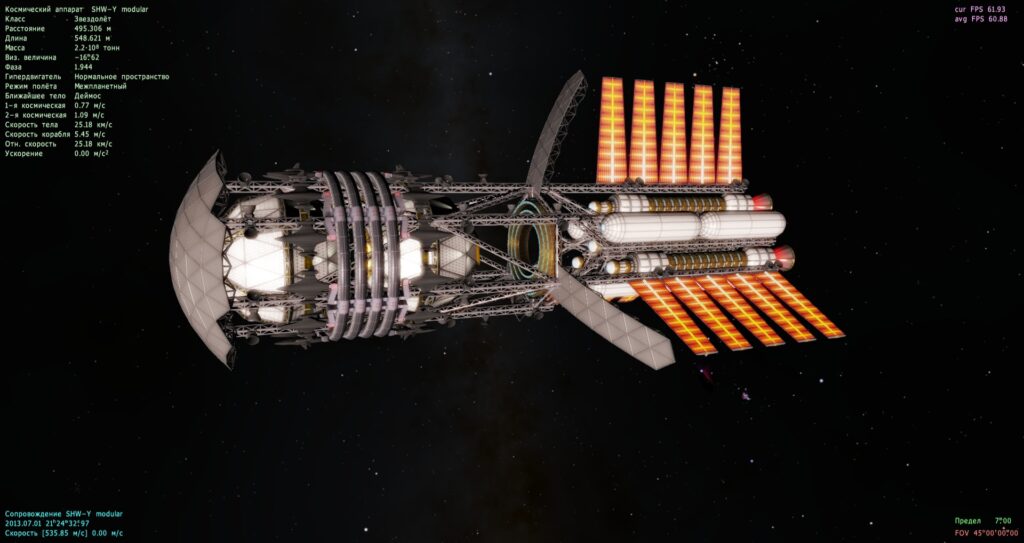 Now I working on simplified ship mod installing system, and first simple ship manager. Just copy mod files into SE folder, and ship becomes available in the build menu. Then you may click "Build" button to add a ship to your fleet. Or you may select a ship from your fleet and click a funny "Destroy" button to get rid of this ship. Buttons to rename and (in future) re-color your ship will also be there. And you may organize your ships in any number of fleets, like in strategy games. It will simplify using of the ship manager, if you have many ship packs installed. And commands like "Warp here" or "Warp there" will be available for entire fleets, as long as something like "Arrange into a grid" just for fun and debug purpose.