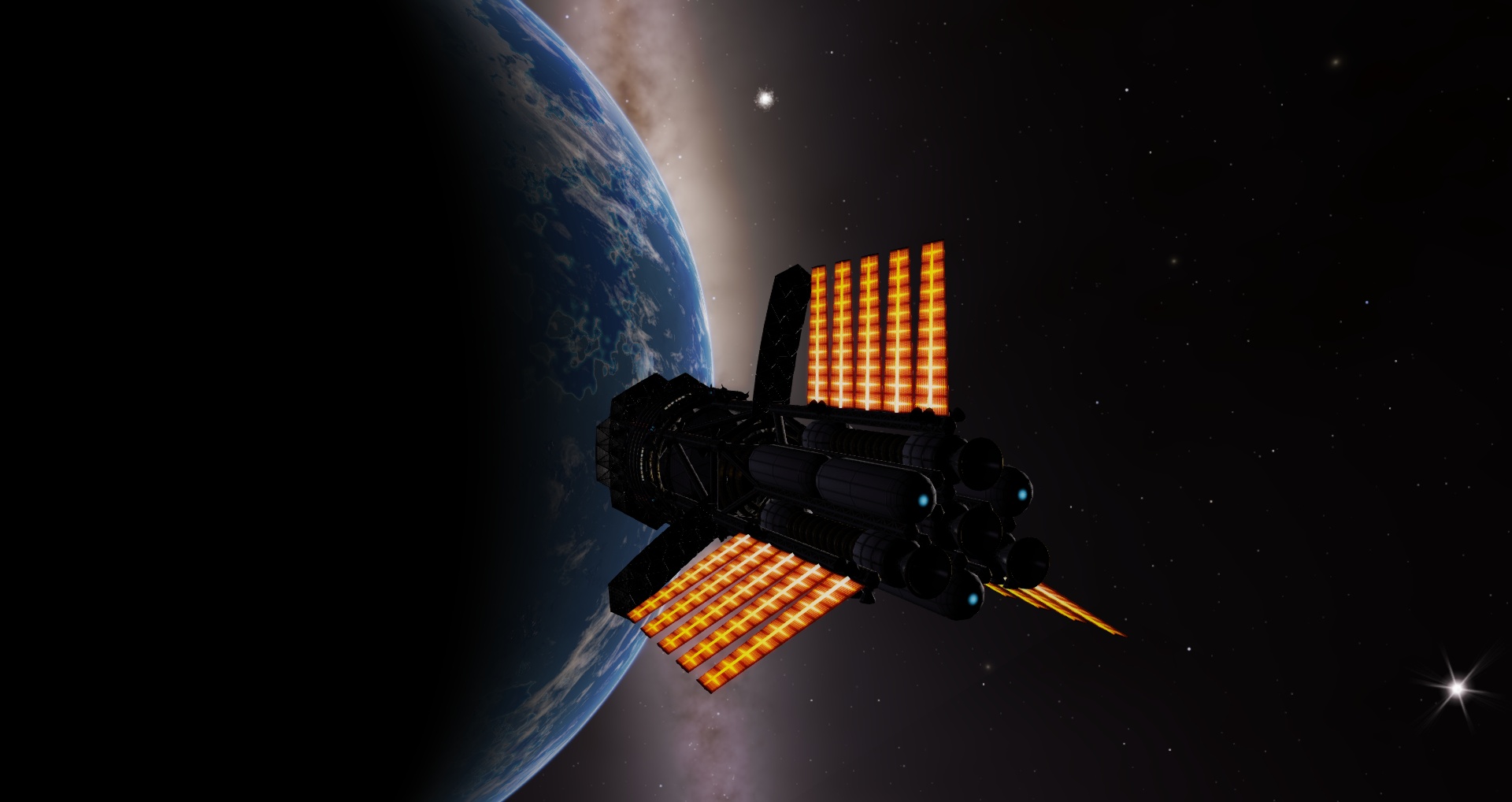 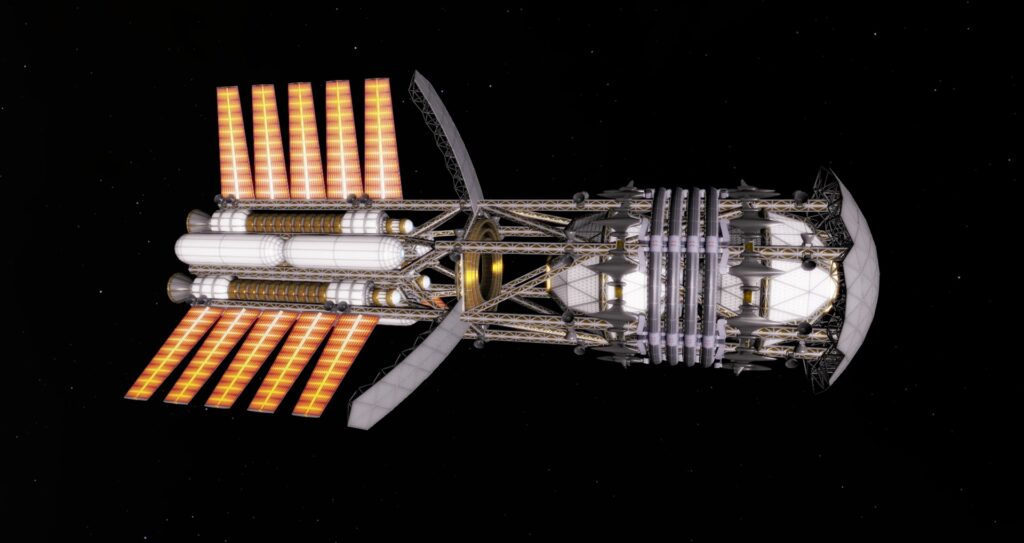 But at the dark side, heat radiators glow is clearly visible: 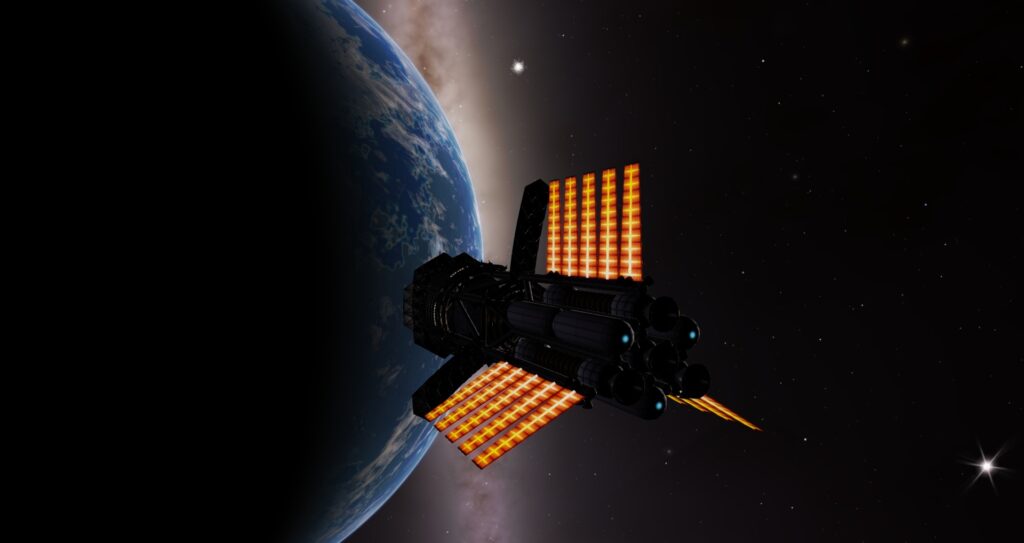 Hab modules have a set of windows and some marker lights: 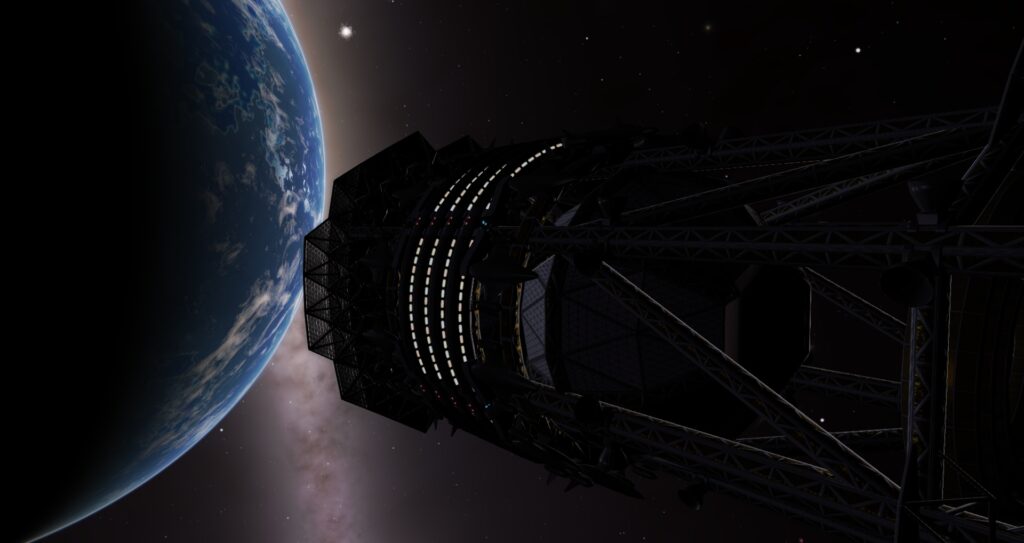 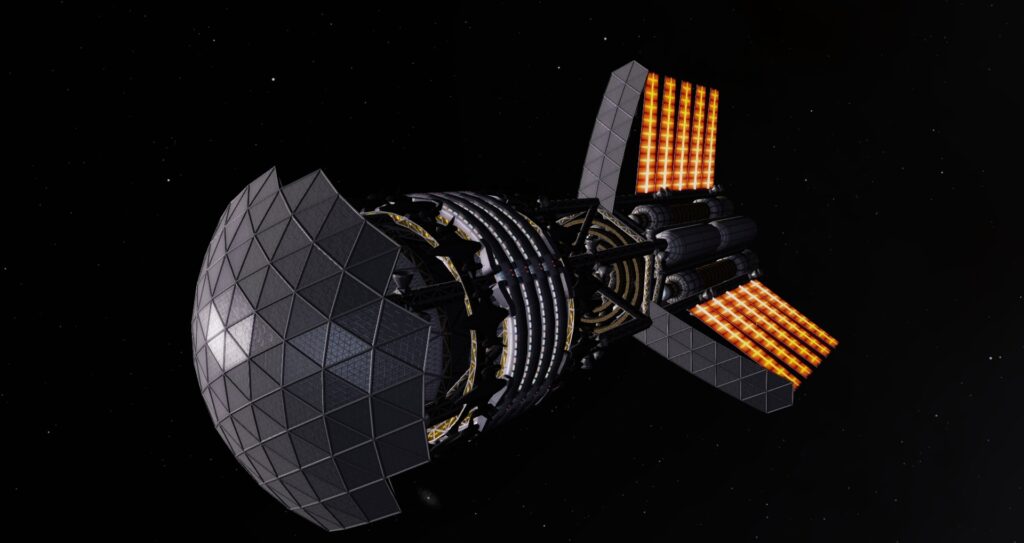 At the edge of the system with real brightness on: 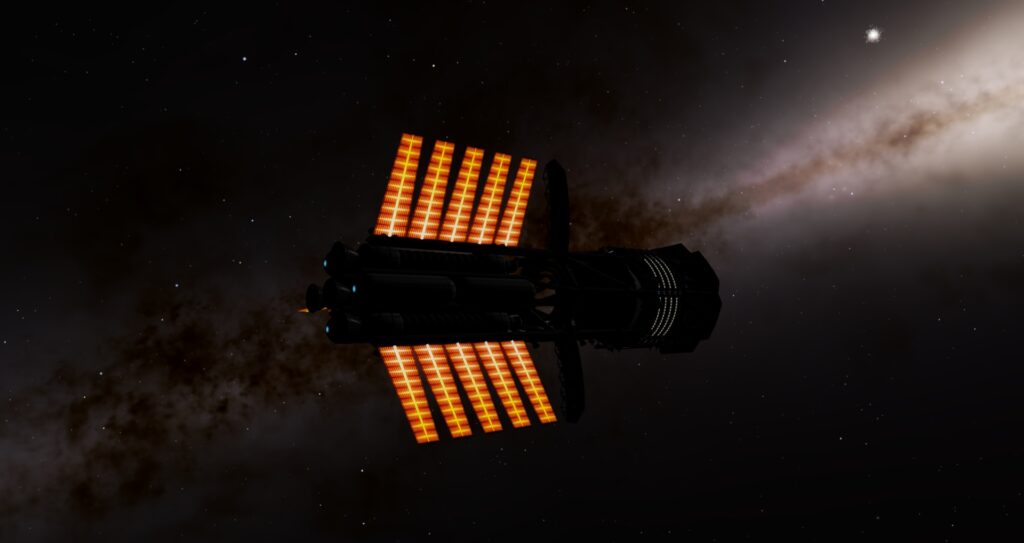 And no, planets night side / lava lights is not implemented yet, planets is completely different subsystem of the engine.

There is a plan to make a heat glow effect with a different shader (similar to star surface shader), with ability to control temperature from the main SE code. Temperature of radiators must depend on the reactor/engines load. It is possible to make a heat-glowing engine nozzles and a heat shield of the aero-breaking shuttle.

My goal is to combine heat glow texture and simple color lights texture into one, which will reduce memory consumption. This is most important for planets, because having 2 additional texture layers for a planet with volcanic activity and artificial/bio lights will double required memory. These artificial/bio lights can't share the same place with lava flow anyway, so combine them into a single texture is possible. Alpha channel will have a mask which changes the rendering method.