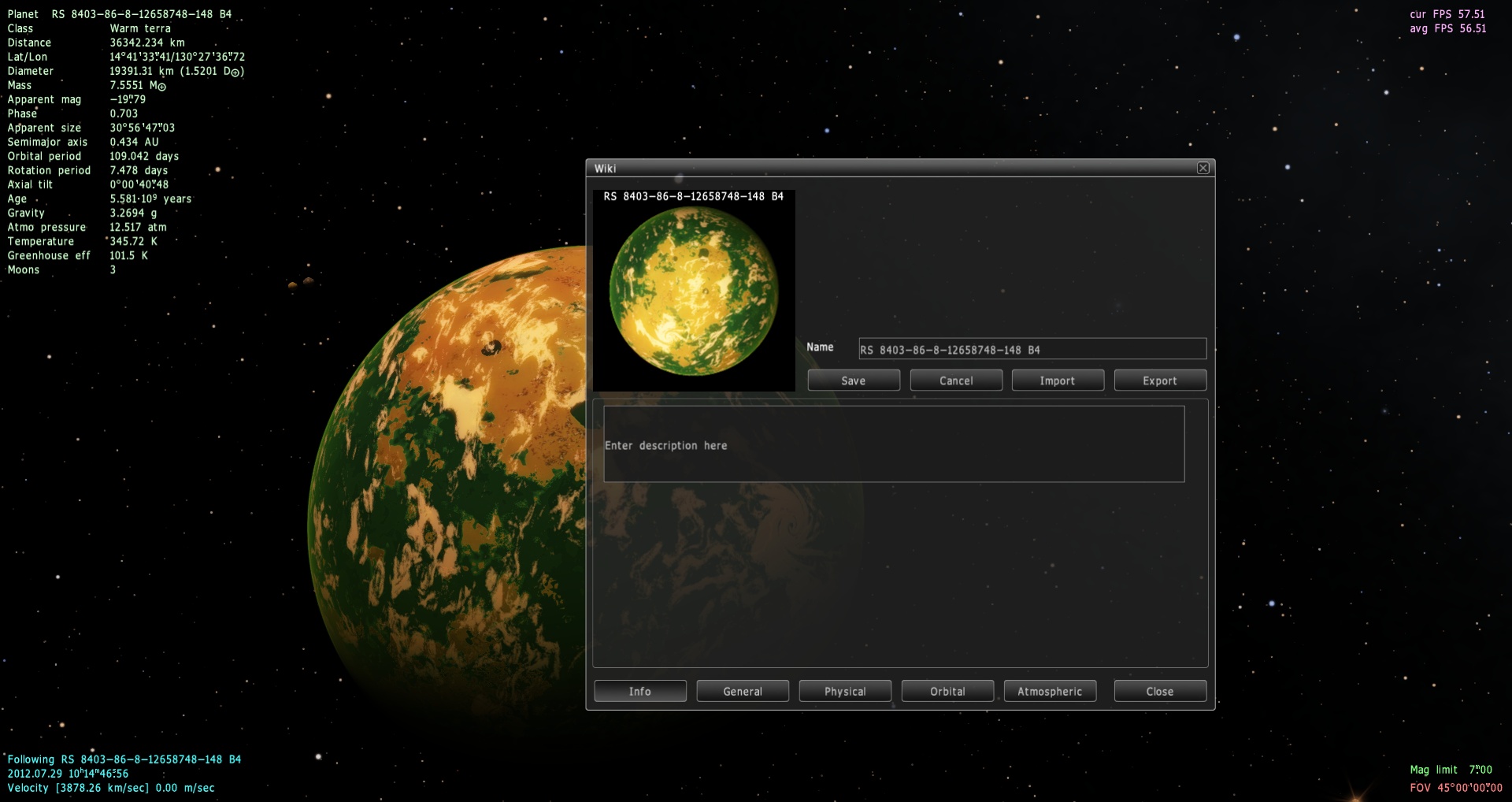 I almost finished the Wiki system. It now supports all types of objects (except ships - some work here to be done), the object's name and description can be edited in-game, and database is saved on the disk: 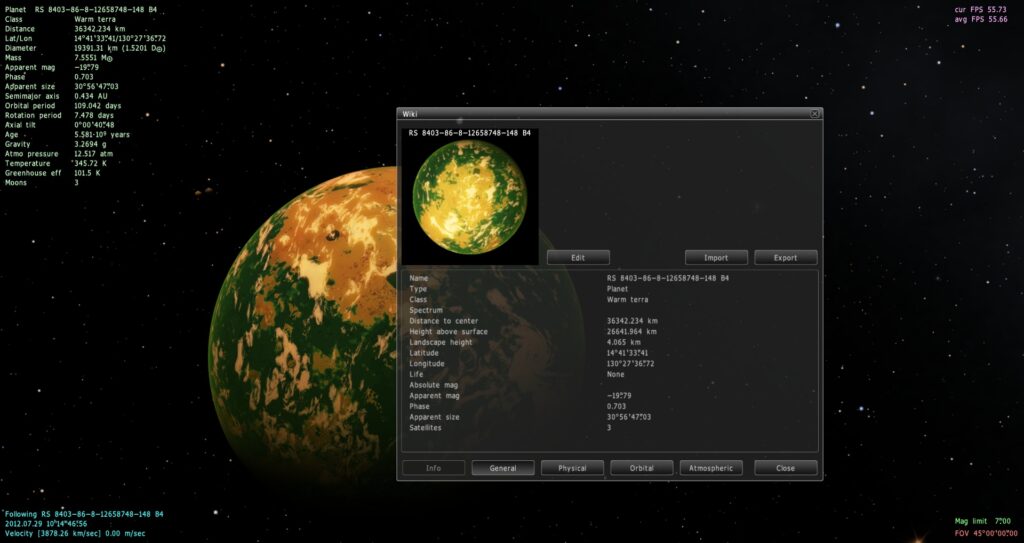 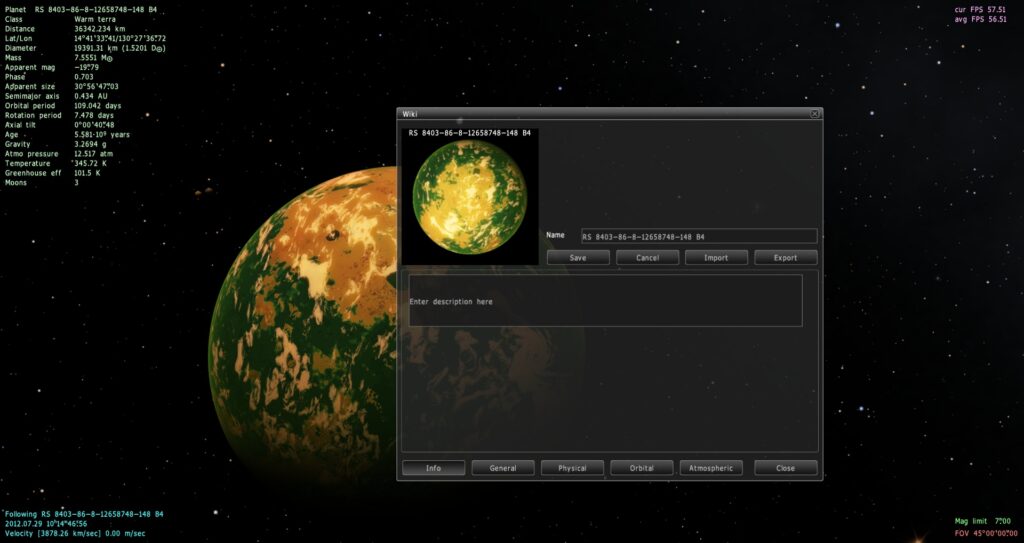 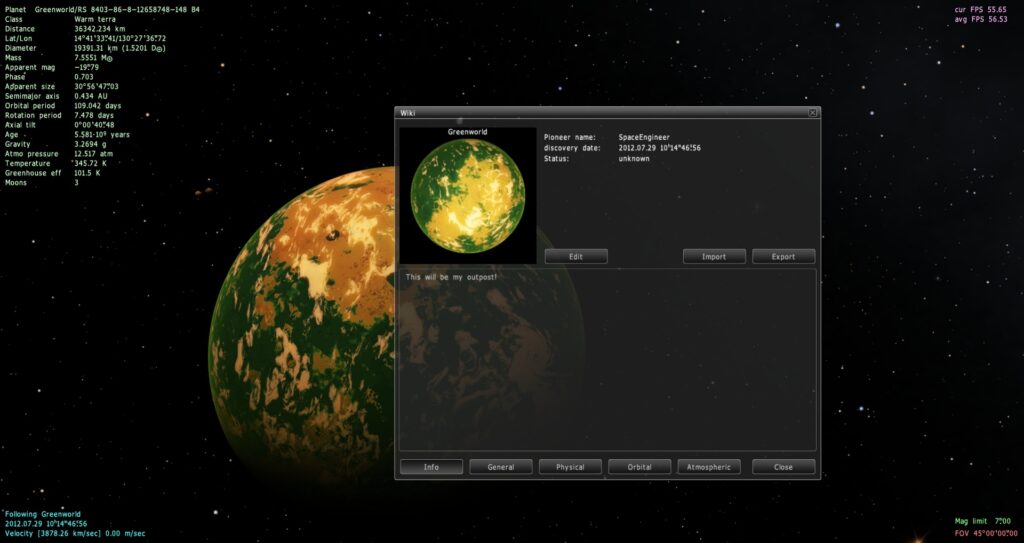 The "Export" and "Import" functions are not implemented yet. "Export" will open a dialog where it asks you which database entries you would like to export - all of your discoveries or only the currently selected one, or something like this. The function then creates a script file and asks you where to save it. You may then attach it to a forum post or send it to a friend in email etc. The "Import" function will allow you to choose the downloaded script and merge it with your engine's database. This is a temporary solution, then the server networking will be implemented, it may be removed (or not, it may be useful for offline work).

The import function is a problem. What if your database already has the planet/galaxy that is in the imported script? If their names and descriptions are the same, there's no problem. But what if they are different? The import function may ask you what to do for every conflict situation: skip imported data, replace your data with imported, or merge data. The latter seems to be the easiest, but may generate an almost doubling of descriptions and names, you should then edit them manually.

The other problem is the language. As long as SE supports localization, Russian, German and Italian, users would give names to their planets in their native language, and write a descriptions for it. So if you would wish to import their databases too, there will be a problem. SE now supports only one language at the same time (in addition to the default English), so a multi-language database will look like a mess of random characters. Even if I implement Unicode support (and probably the use of Windows fonts instead of a pre-baked font texture) and Wiki will show right characters, names and descriptions in other languages will make no sense in most cases. You can't even find a planet with the F3 menu, because you can't type its name if its native language is not supported by your keyboard.

How can this be solved? Creating an independent community for every language is not a good choice. Forcing English names, in addition to a native language name, may solve the problem with search, while the description will still be in another language. Of course I can't order users to learn English and write additional description in English. Suggestions?