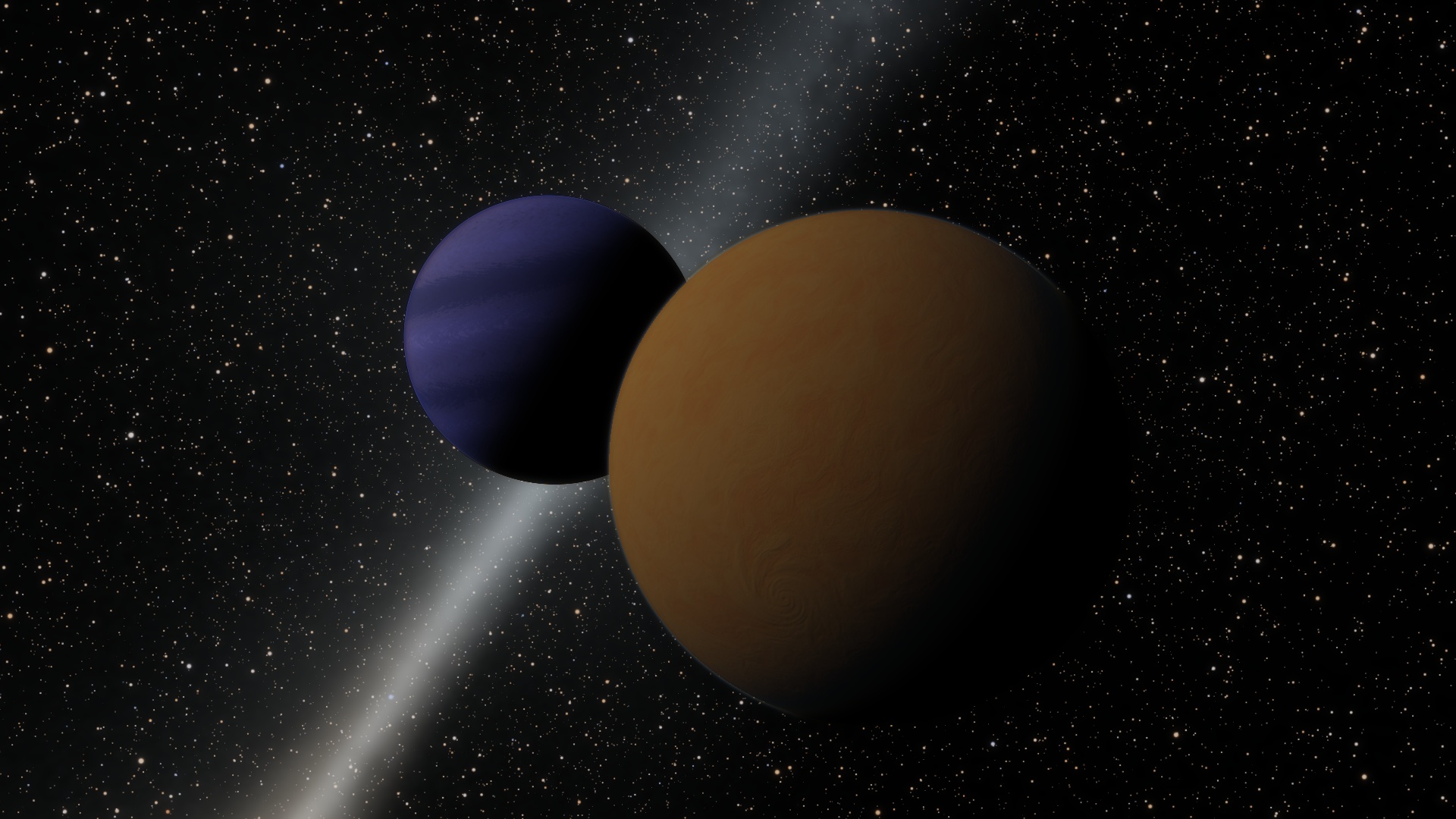 A bunch of screenshots. Note darkness - titans are cold worlds, far away from their suns.

Header image: orange moon with dense cloud layer, like our Titan. Black sea of oil on its surface: 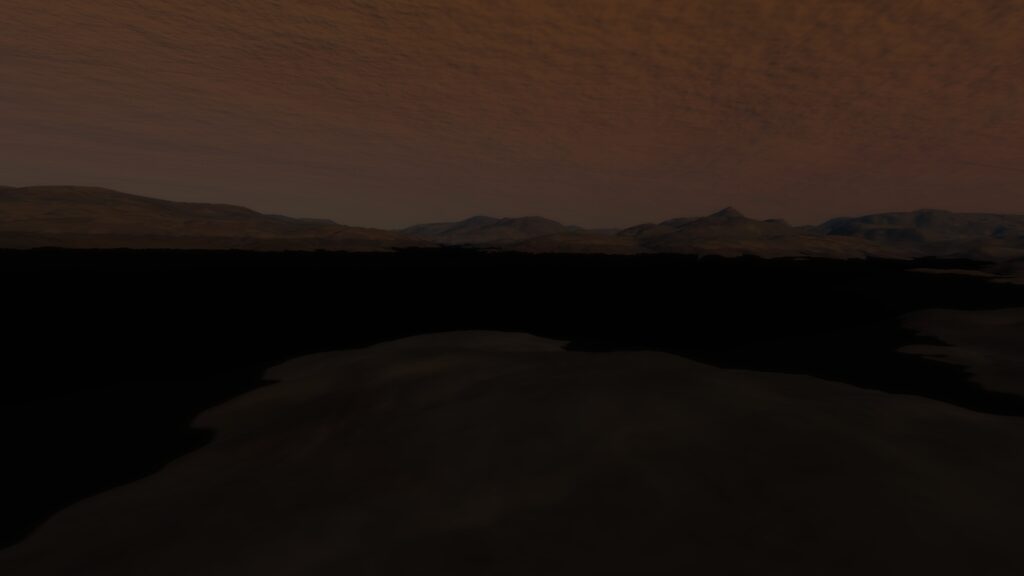 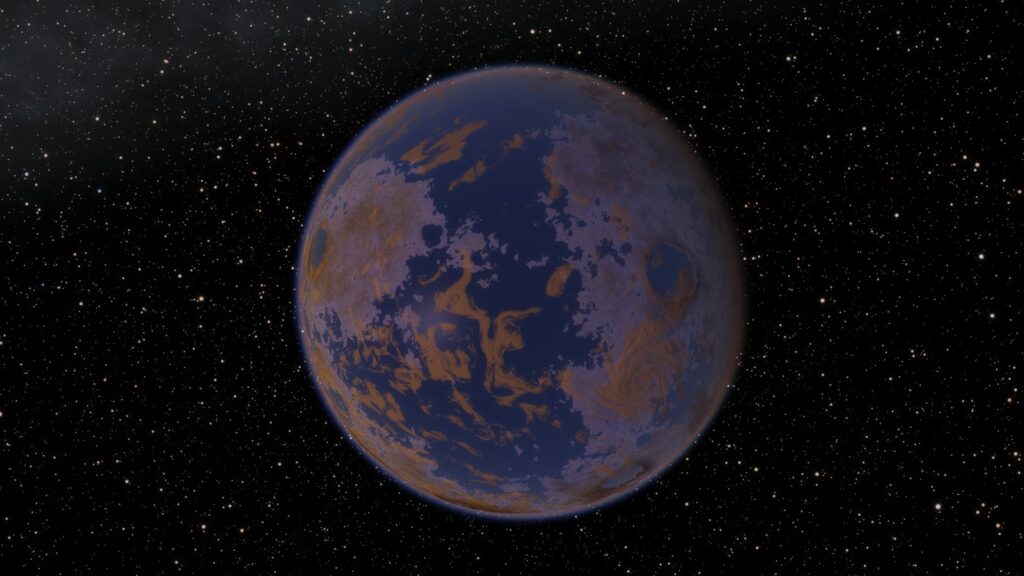 Some wierd canyons can be found on that moon: 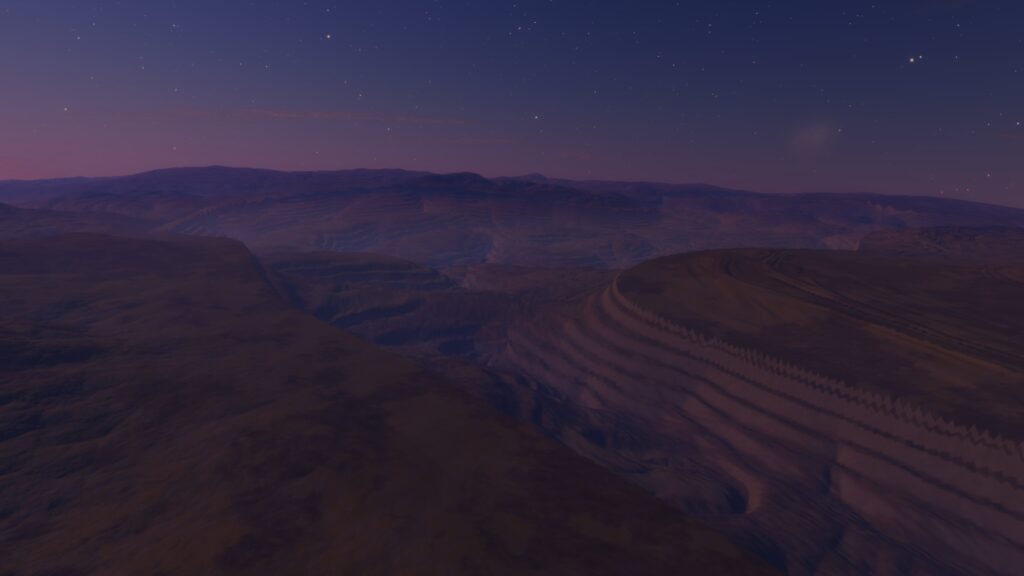 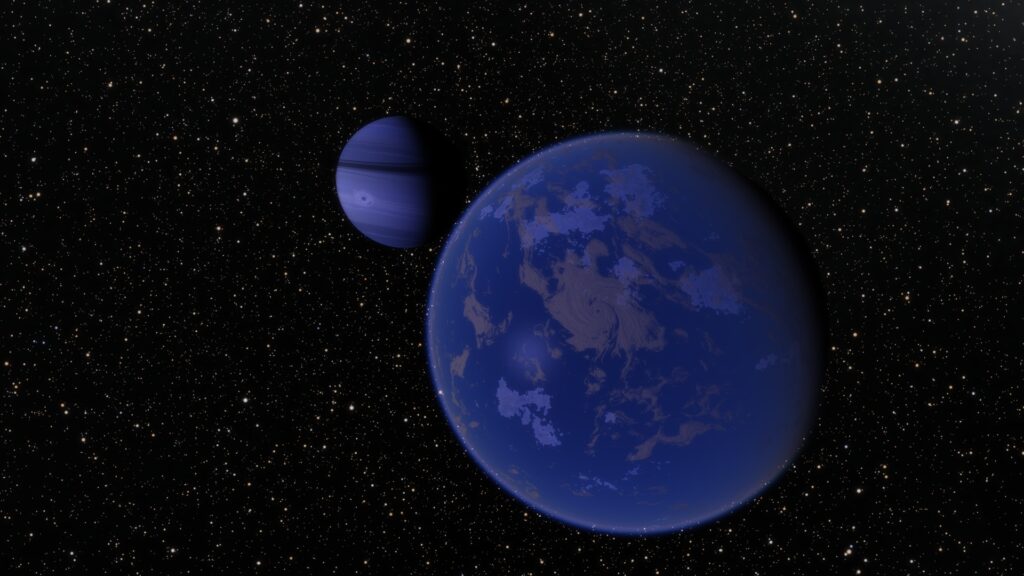 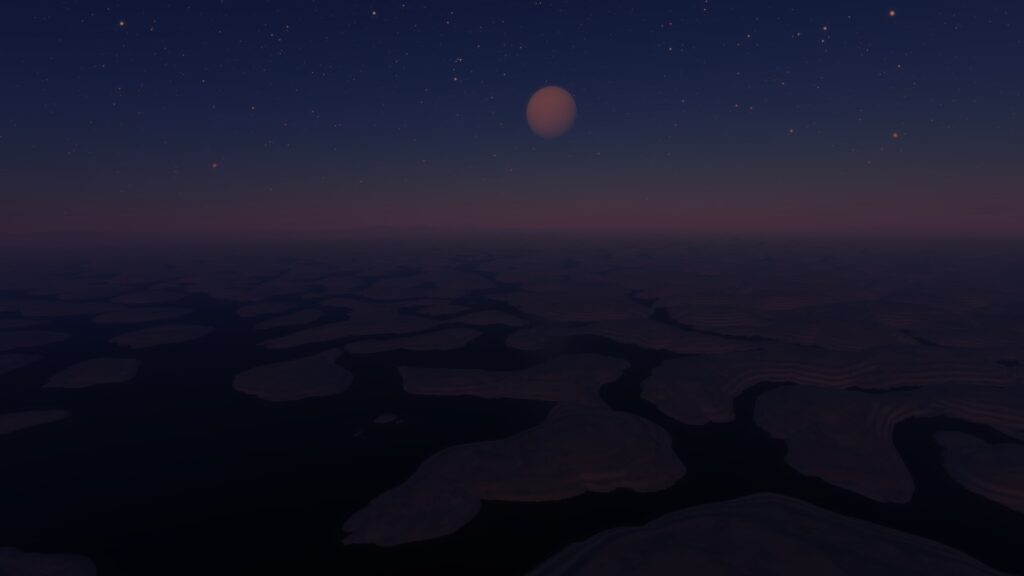 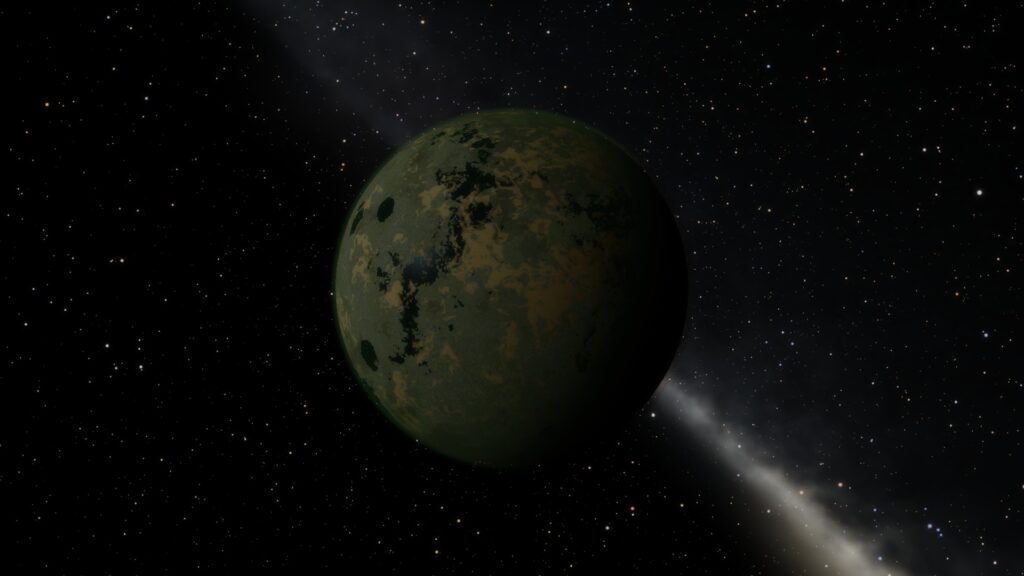 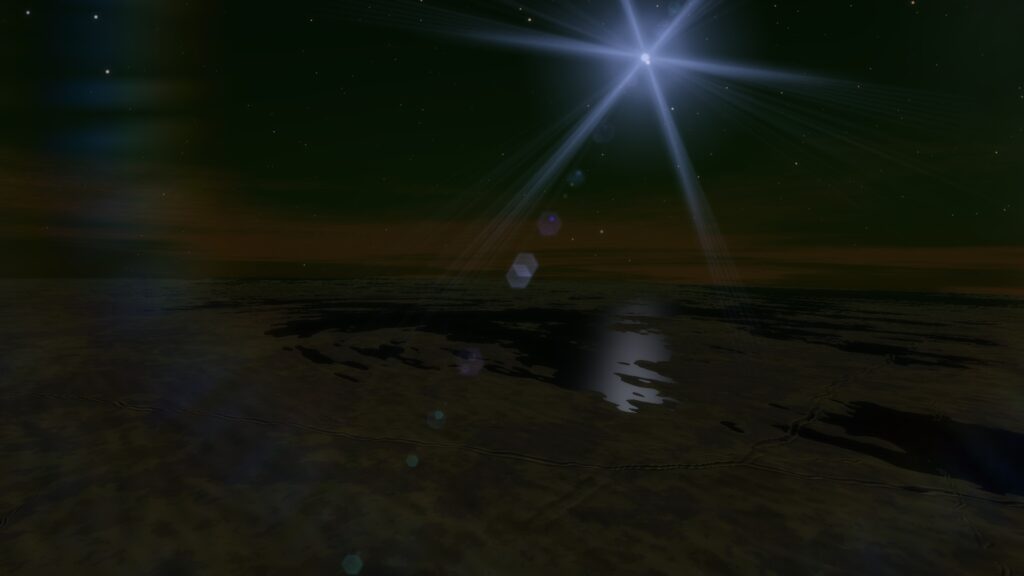