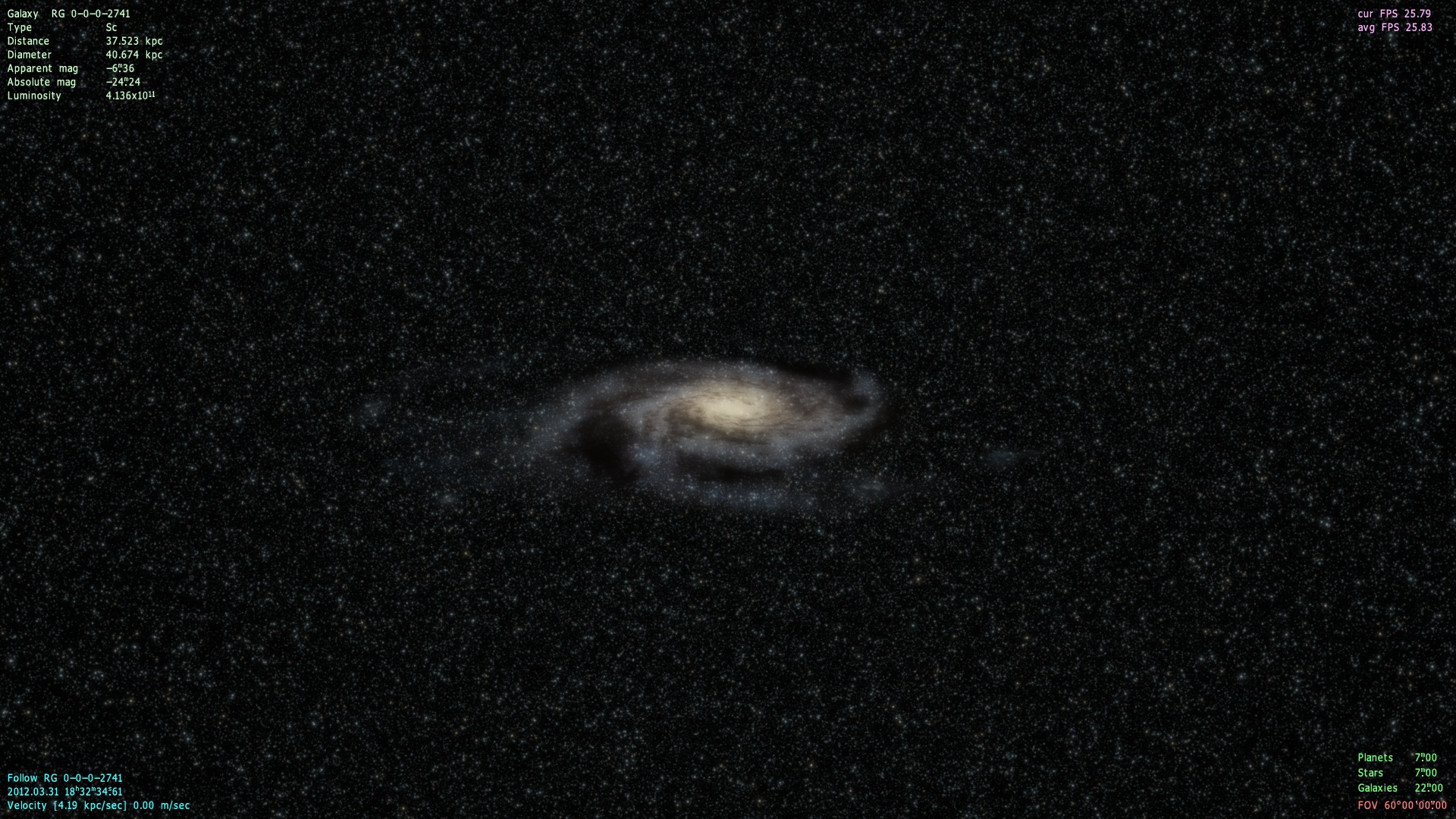 I started implementing procedural galaxies. This is not a 3D models of galaxies, but generation of billions of galaxies in an almost infinite space. Procedural 3D models will be the next step, and until then, all galaxies are using standard models.

The first screenshot shows some procedural galaxy. The points on the background are not stars, but galaxies! Note the name (identifier) of the galaxy. It has the same form as the name of a procedural star has: (universe sector number)-(universe node level)-(universe node number)-(galaxy number in node). On the second screenshot I've highlighted the Milky Way to see the distance to it - 11.48 gigaparsecs: 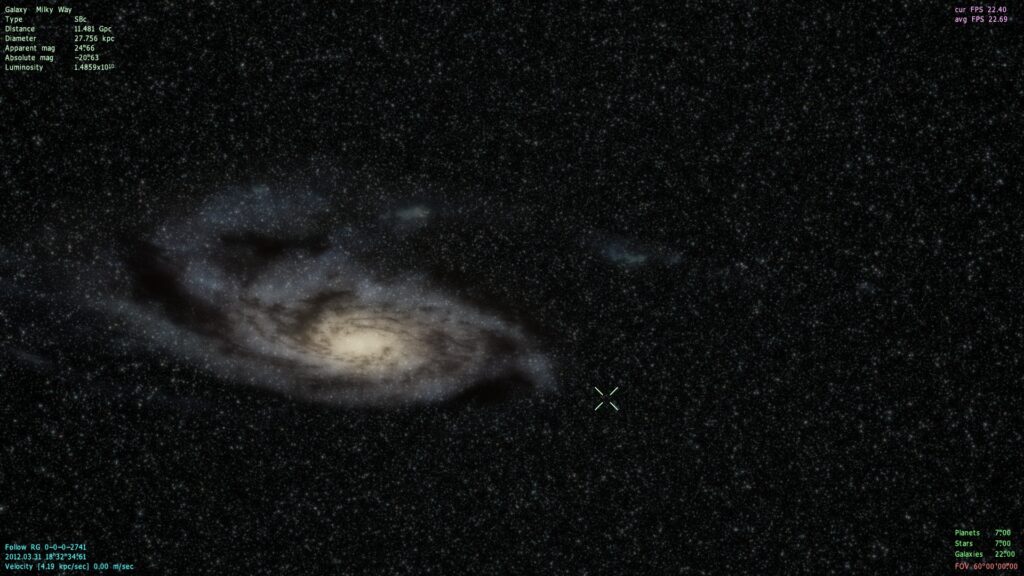 The third screenshot shows some procedural planet in this procedural galaxy. There is no problem with jittering of the camera while it moves - the new coordinate system (128-bit fixed point numbers) is working fine. Note the name (identifier) of the planet. Now these monstrous numbers will be used: (universe sector number)-(universe node level)-(universe node number)-(galaxy number in node)-(galaxy sector number)-(galaxy node level)-(galaxy node number)-(star number in node). However, for the catalog galaxies, I can save the old system - they have no universe node or sector, but only the catalog number. 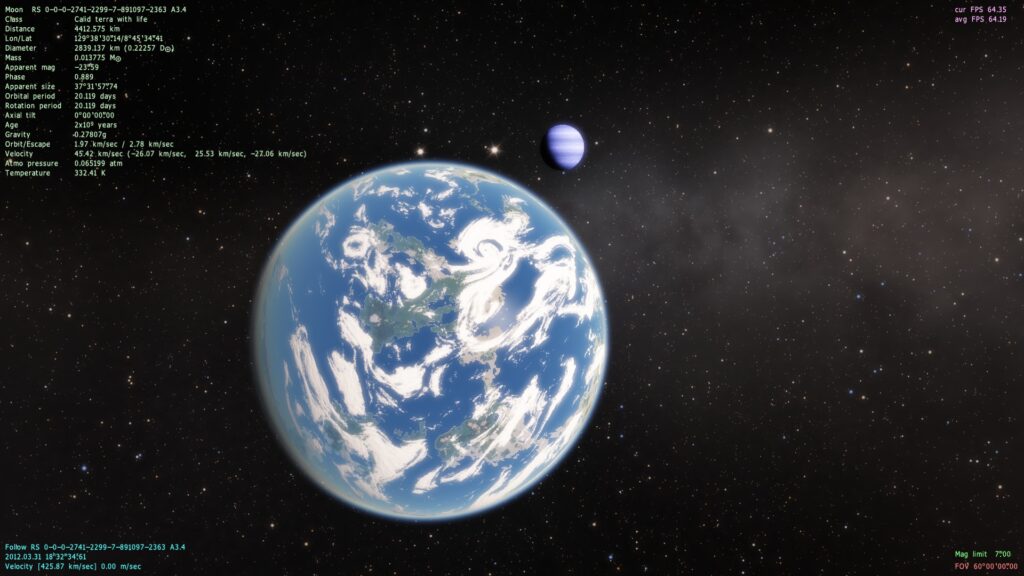 In this first test I create only a small piece of the Universe - a cube with sides of about 10 gigaparsecs (32 billions light years). For now galaxies are distributed uniformly in it, but next time I'll implement a simulation of large-scale structure of the Universe - the galaxies will group into clusters, filaments and "walls". Also, I will make cut-off galaxies, which are far away, more than 13.7 billions light years, and a gradual reddening of the galaxies approaching in the distance (red shift simulation). 13.7 billion years is the age of the Universe, so that the light from the galaxies that lie beyond 13.7 billion light-years has not yet reached the observation point. And this is true for any point in the Universe. The Universe itself, depending on the cosmological model, is infinite or has the form of a four-dimensional hyper-sphere with the length of the equator at 50-100 billion light years, and is uniformly filled with galaxies. I will most likely close the model - infinity is hard to implement on a computer. So in the next release you can not leave the Universe, as shown in some videos on YouTube. You will simply make a "round trip" and go back to the starting point.