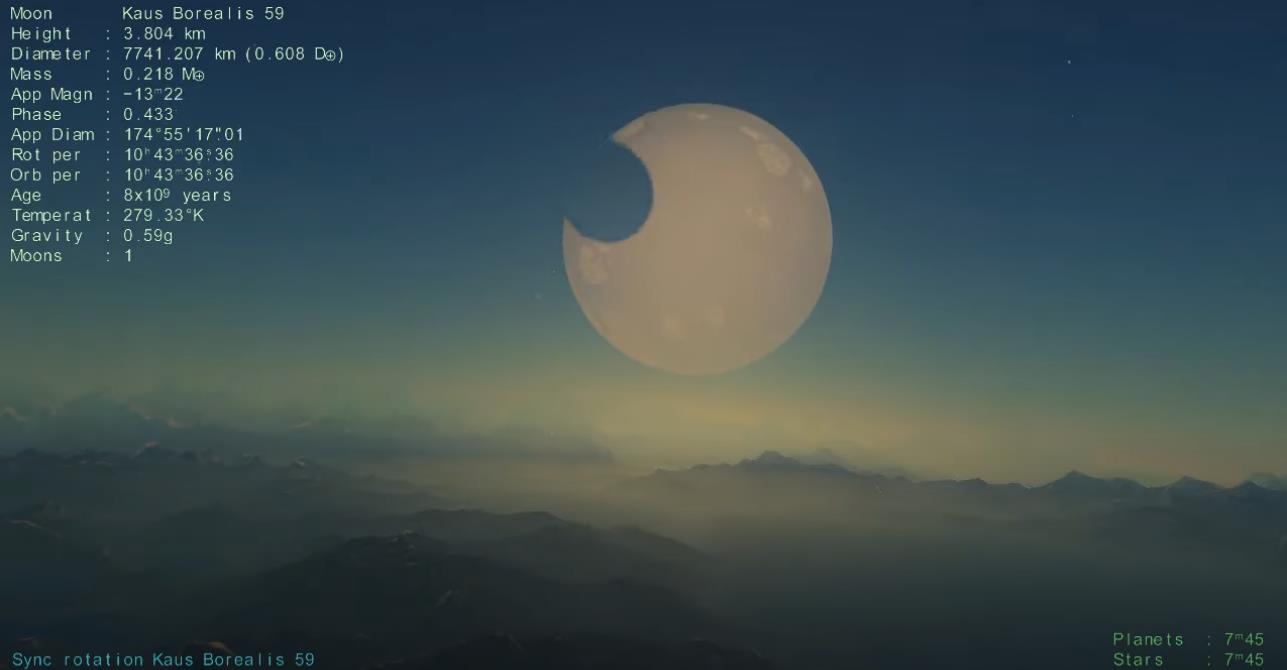 I haven’t eliminated the gaps in the terrain yet 🙁 The footage capture were made in semi-real-time, i.e. as I making a video usually. I flying manually, but with the "frame time" mode (engine time tick is constant every frame); all textures are loaded immediately, as soon as they become needed. This is somewhat cheaty method, but otherwise the camera movements will me too jerky, and the FPS is low due to the saving of frames to the disk.

On this video, such a cool system of a double star with 5 inhabited bodies: the first star has a planet with crimson vegetation, the second star has a large planet overgrown with moss and its ocean moon, and two inhabited moons of the gas giant 🙂 It remains me that vegetation rendering is needed.