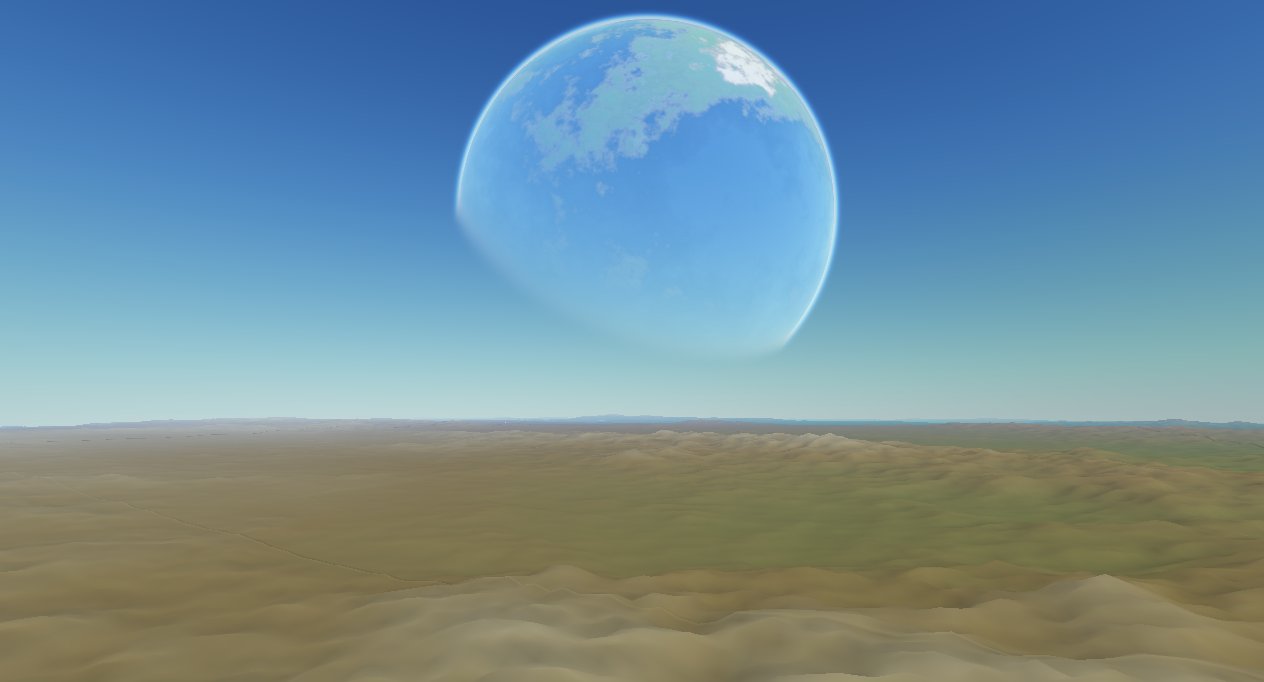 I moved the procedural terrain generator to the GPU. The speedup is incredible 100-200 TIMES! Instead of generating elevation map and color map pixel-by-pixel on CPU, this work is now performed by special shaders. The first shader computes a mix of multi-octave noises (Perlin and others) and renders it into an elevation map texture. This texture is read back to CPU and used to generate the 3D mesh of the quadtree node, and then converted to a normal map for terrain lighting. The second shader takes the generated elevation and normal maps, and creates a color texture by assigning a color based on elevation and slope, with some noise-based variations. Actually not a simple color, but sample taken from a special detail texture atlas: 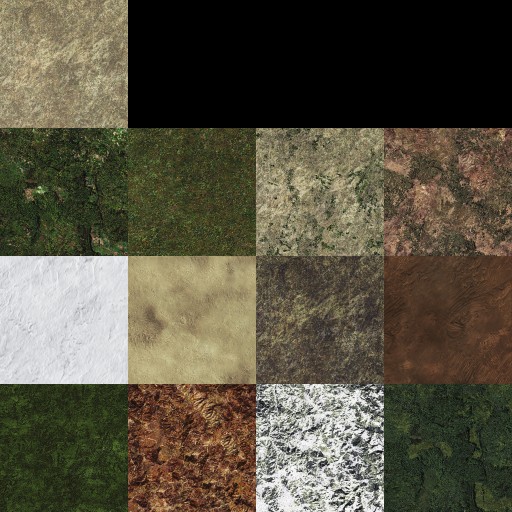 Another feature: stars can illuminate each other. This is a real phenomenon detected in observations, for example, in the Algol binary system. Illumination of a star by a star is actually heating up, so in SE it is implemented as an increase of a star photosphere temperature. 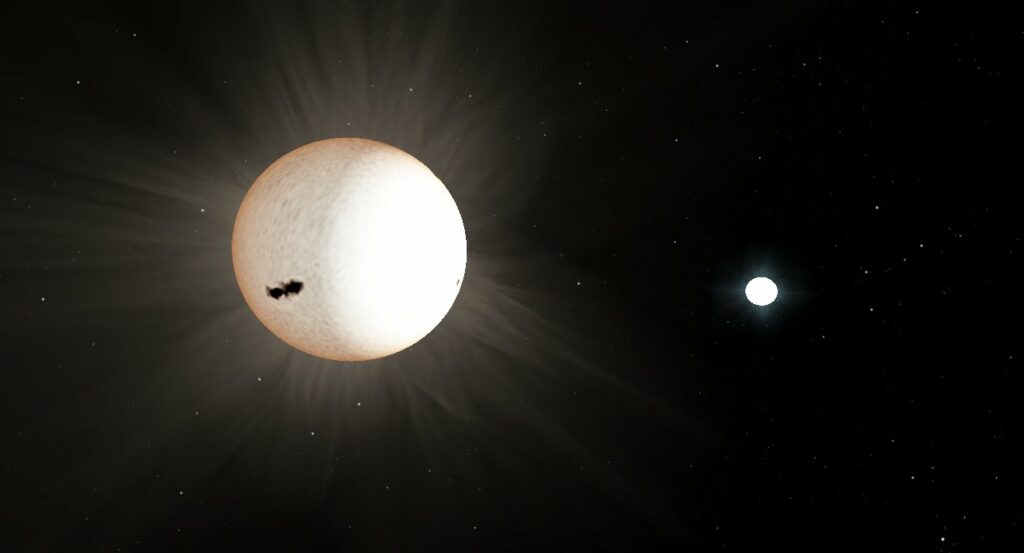