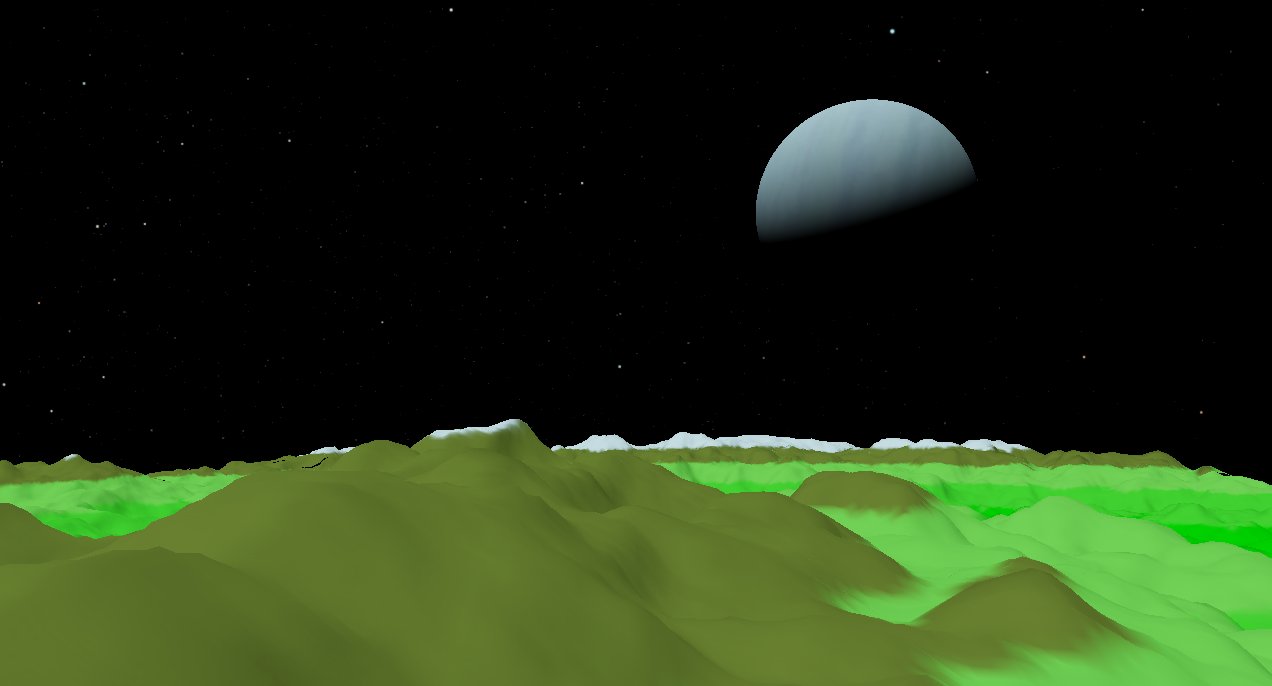 This is the first attempt to make a procedural terrain. The same quadtree-based terrain engine is used as before. But instead of loading pieces of pre-processed planet texture from the disk, the engine generates textures programmatically (on CPU). The first step is calculating a multi-octave Perlin noise and saving it to an elevation map texture. This texture is then used to generate a 3D mesh of a quadtree node, and then converted to a normal map for terrain lighting. The second stage is generating a color texture by simply assinging a color to each pixel based on elevation. This is the very basic algorithm; it might be improved to produce more realistic terrain. But the main goal is to move it to GPU: shaders will be about 100 times faster than CPU in this task. 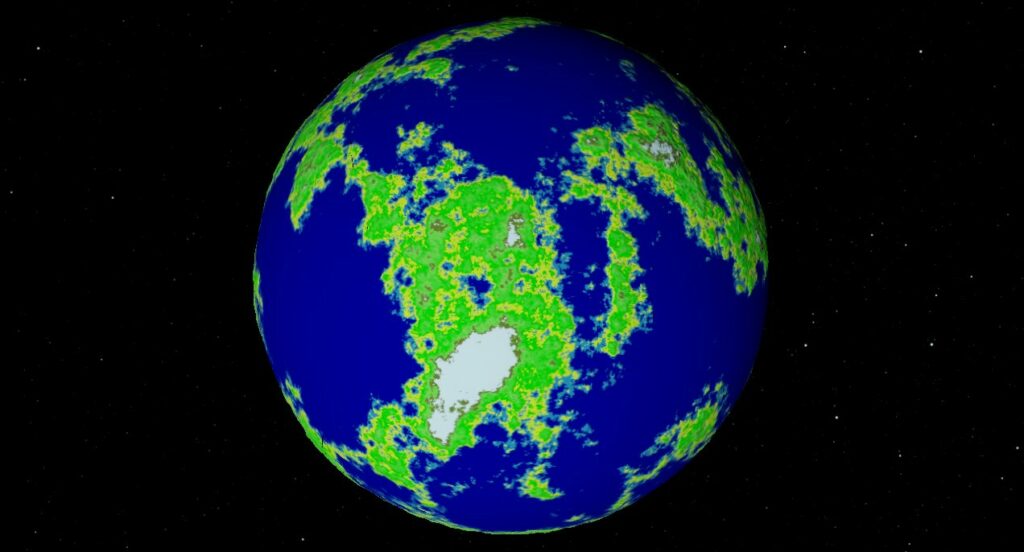