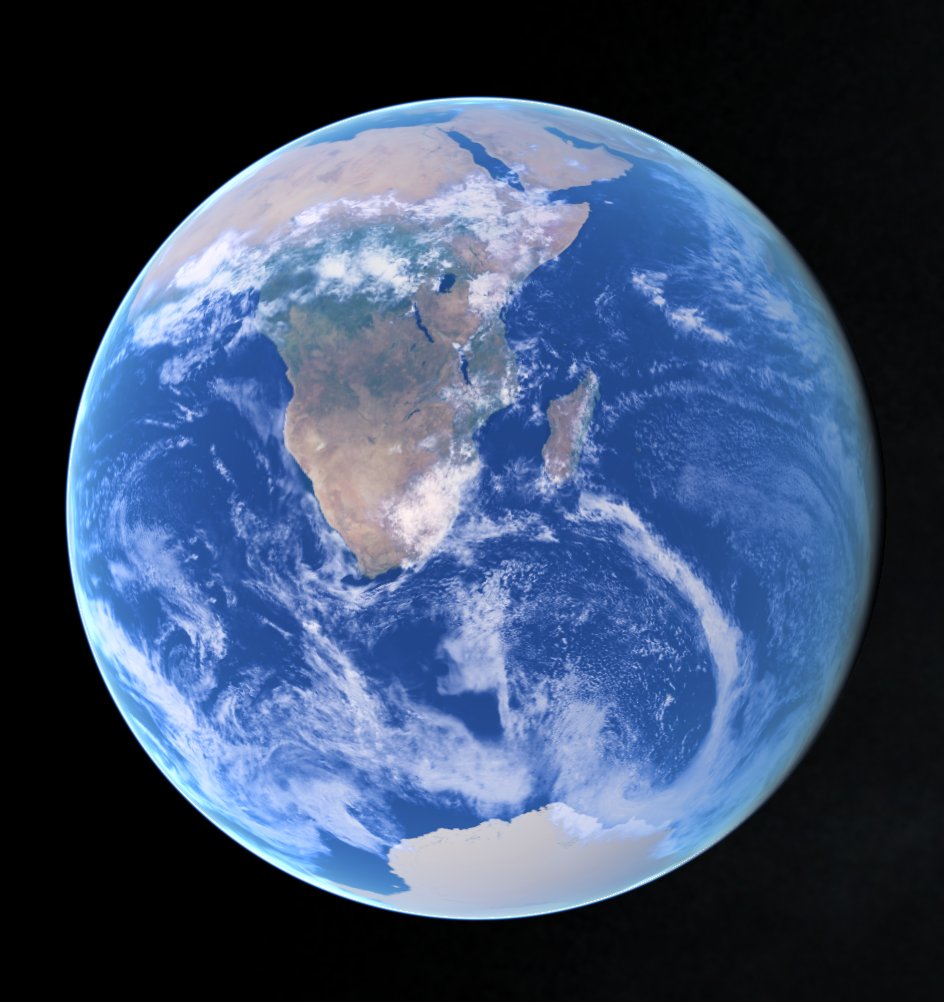 I experimenting with clouds. I downloaded a giant (43200x21600) texture of the cloud coverage of the Earth. The texture is static, so don't ask for animation 🙂 The clouds themselves are rendered as a spherical layer around the planet, at an altitude of 5 km above the sea level. Clouds seem to blend incorrectly with the surface of the planet, in some places some kind of color inversion is obtained.

On the header image is a reproduction of the famous Apollo 17 photo called "The Blue Marble". Closer view: 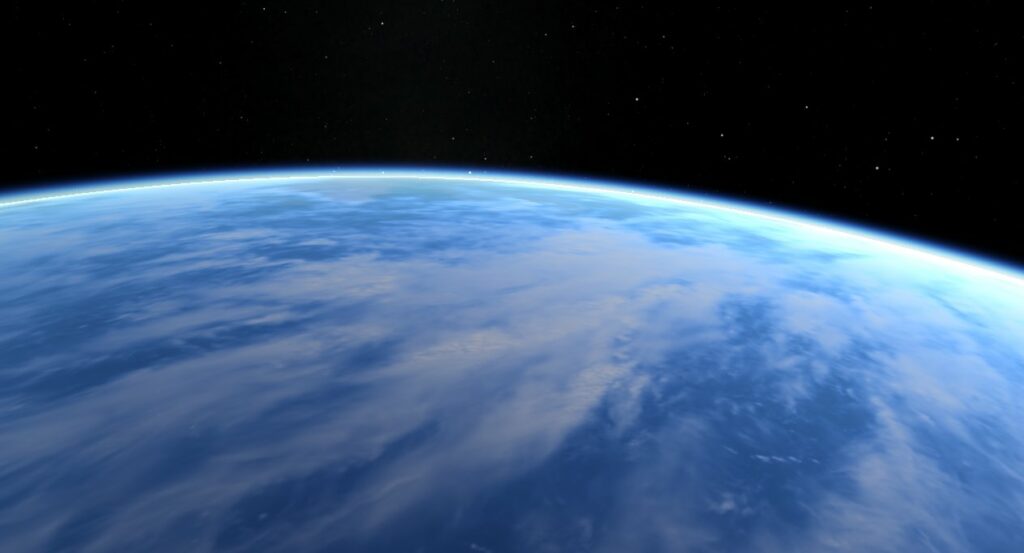 From under the clouds: 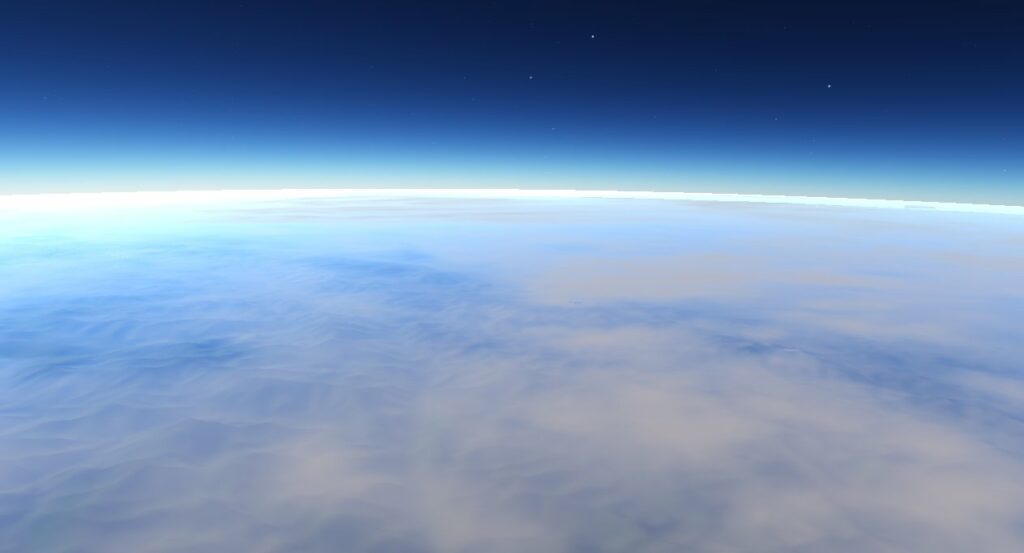 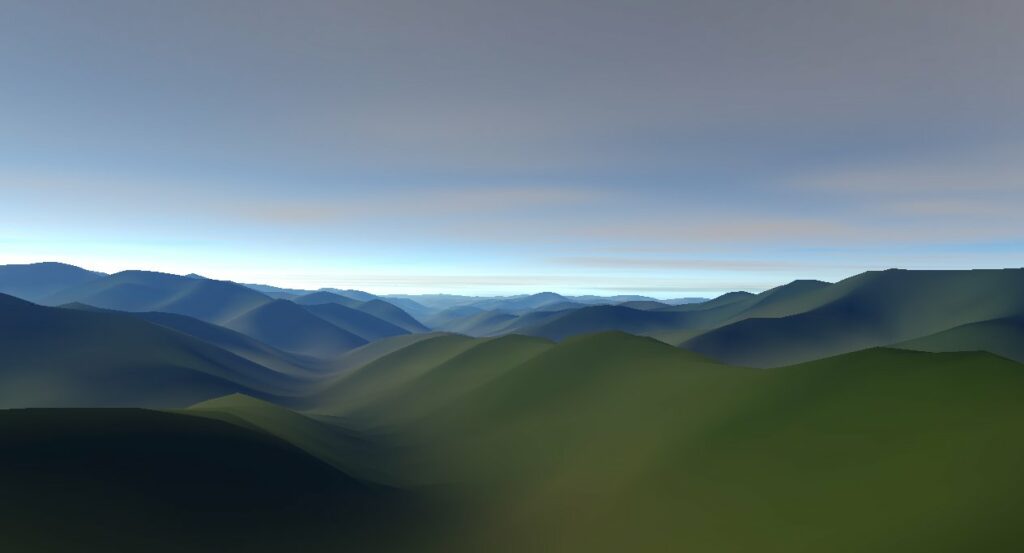 And some mountains protrude through the clouds: 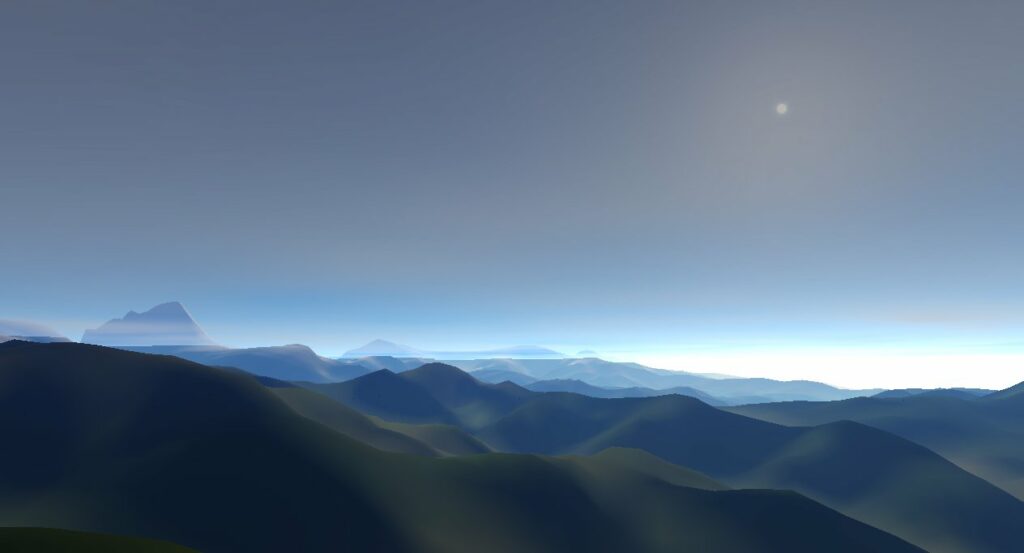 It looks so terrible (and if you fly away from the planet, the LOD of the landscape will decrease, and then it’s a nightmare what happens): 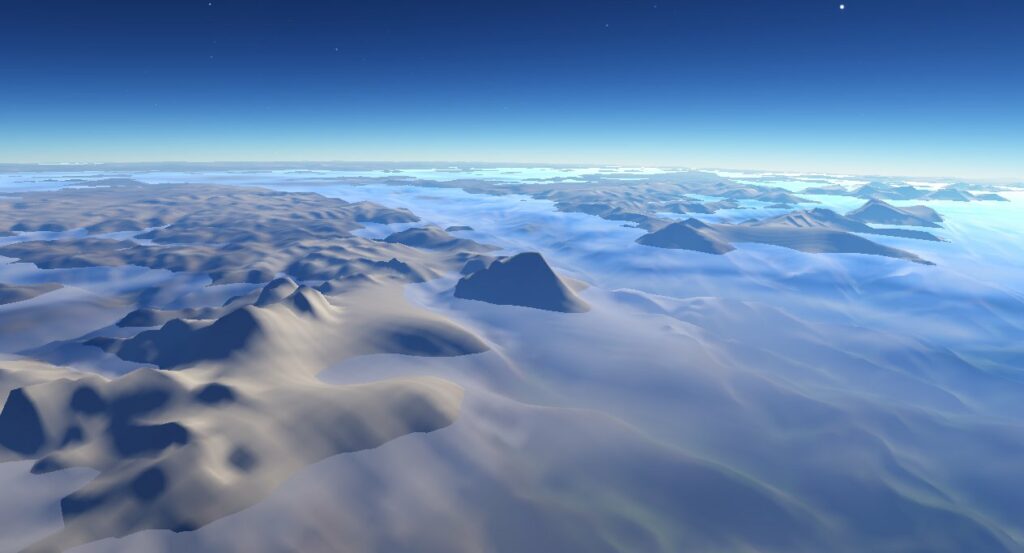 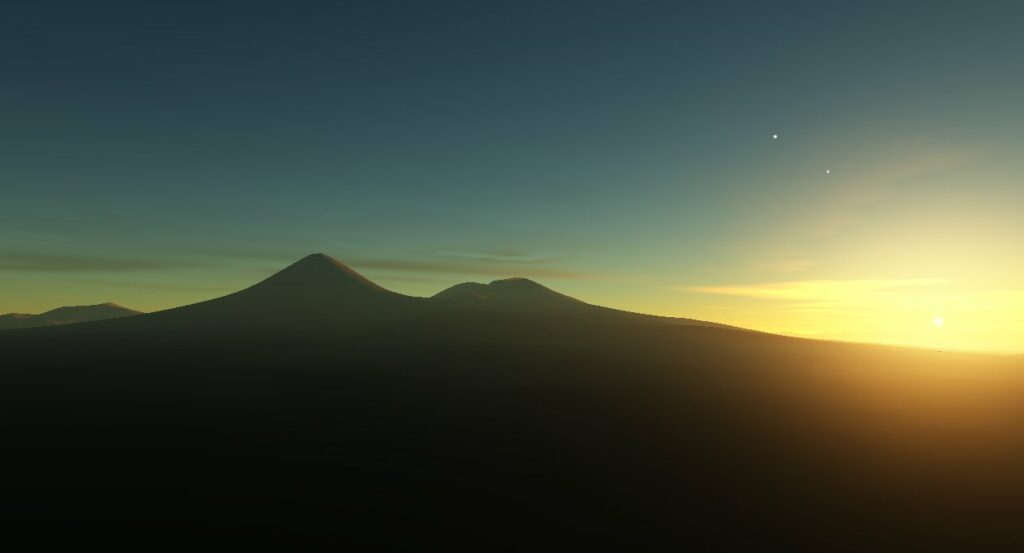 Mercury and Venus are visible next to the Sun, they can really be seen there right now.

If you set a height map for clouds, they will be rendered as a kind of a "cloudy landscape", with lighting, just like the surface of the planet. But because the clouds are transparent, at certain angles they are rendered incorrectly. Sorting of triangles is needed, or either blend clouds additively or implement some order-independent transparency algorithm... Probably the best way out is to use a bump to render from space, and switch to a volumetric clouds at closer distance. 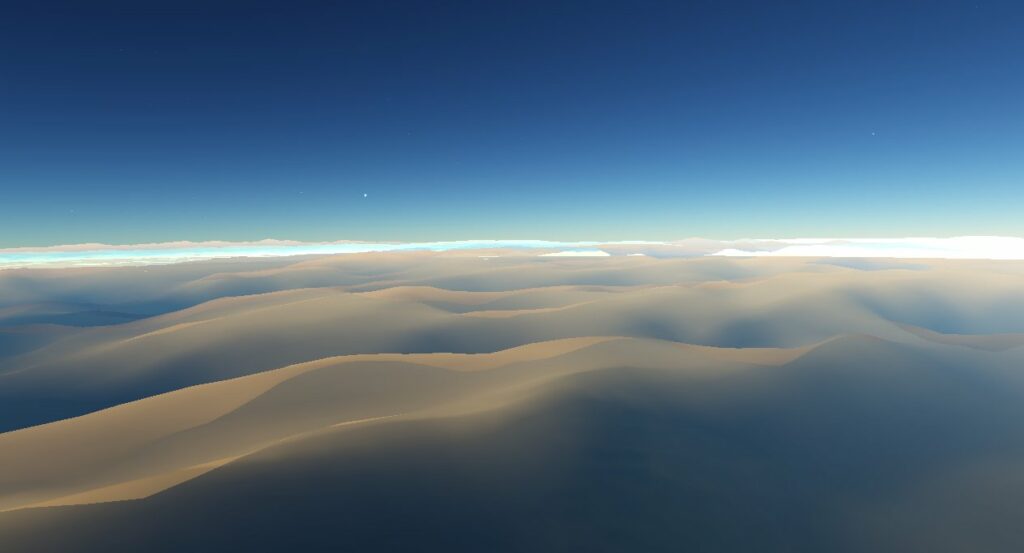 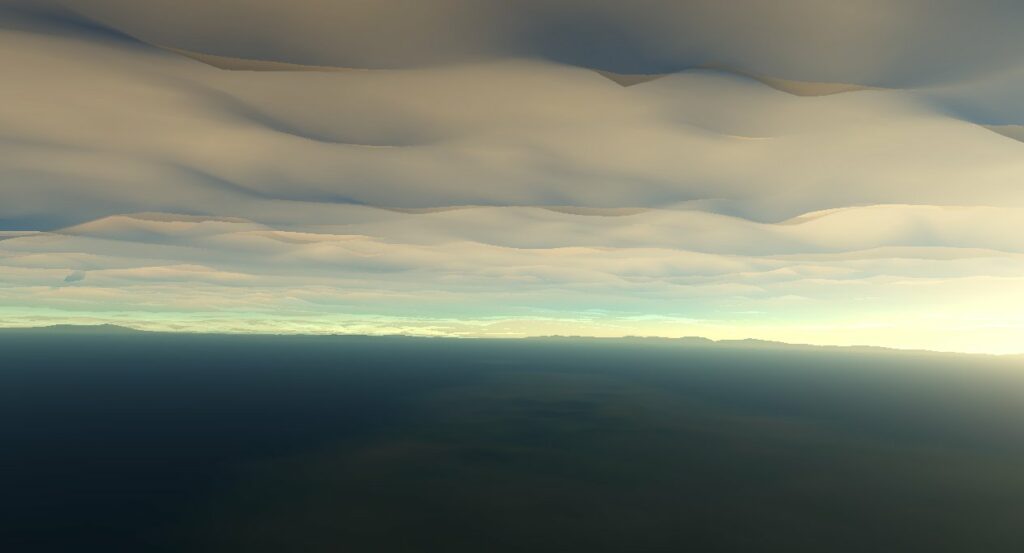 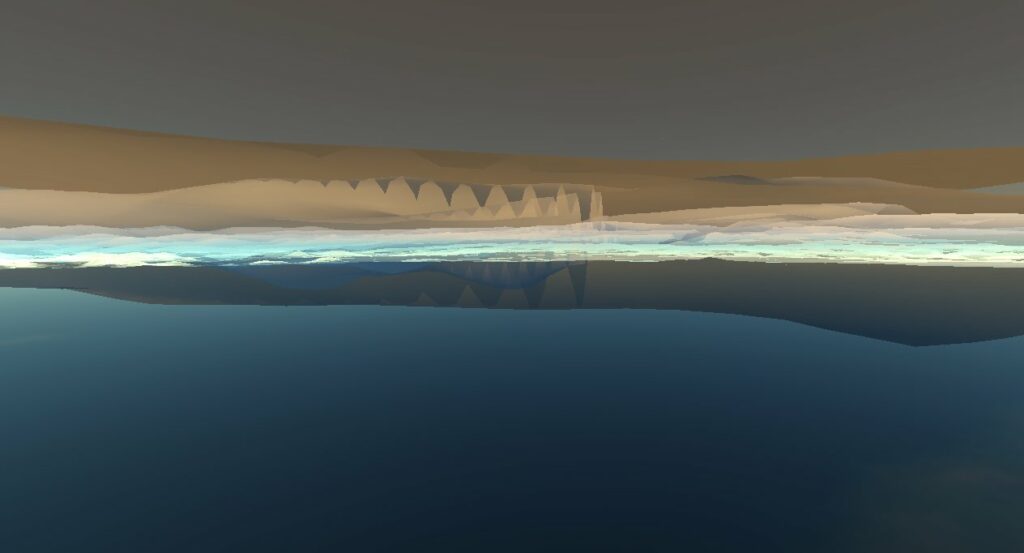