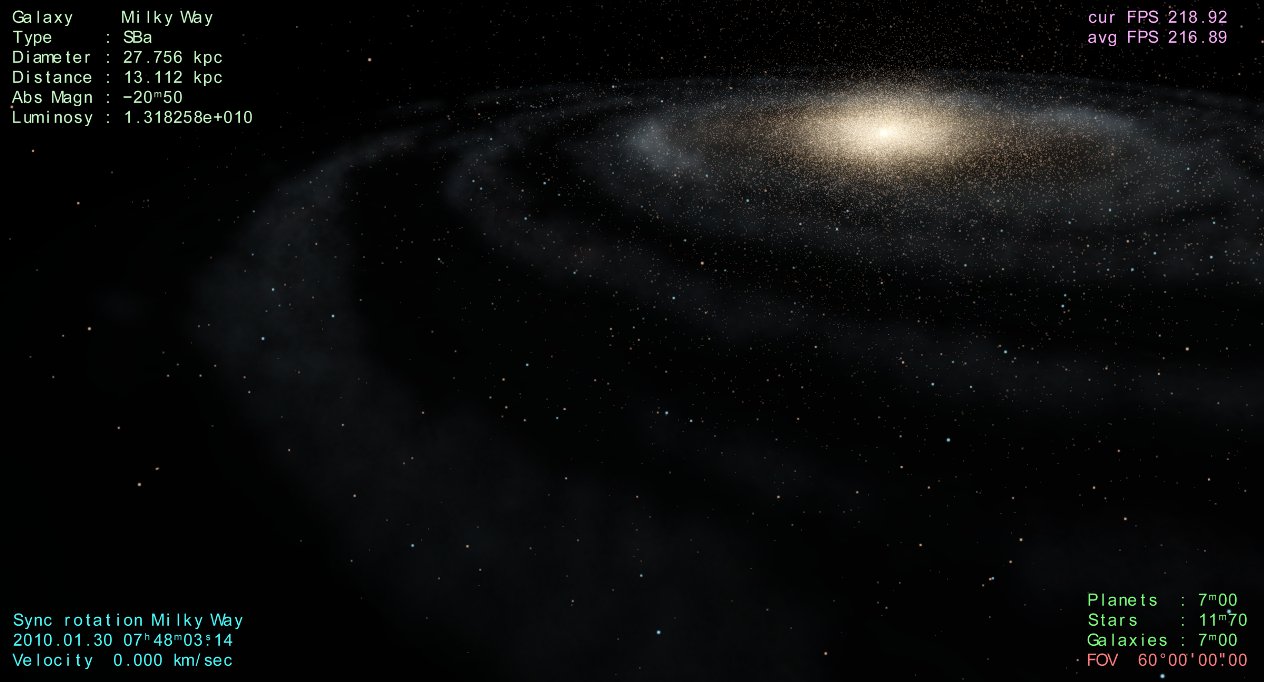 After a month of hard work, the procedural stars became more or less decent.

The starry sky is somewhere in the disk of the Milky Way galaxy. Nothing fundamentally different from our own sky: 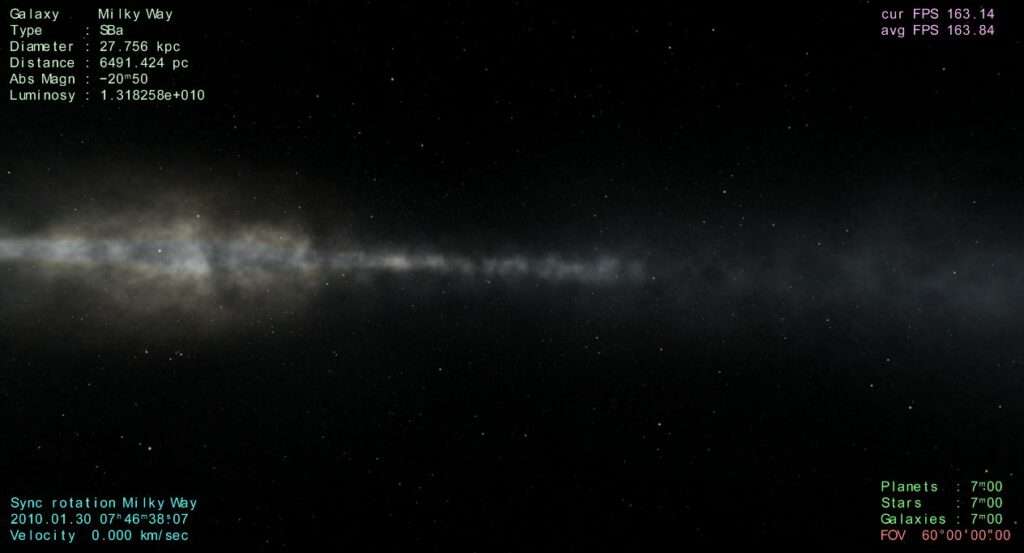 Spiral arms, the brightness of the stars is increased: 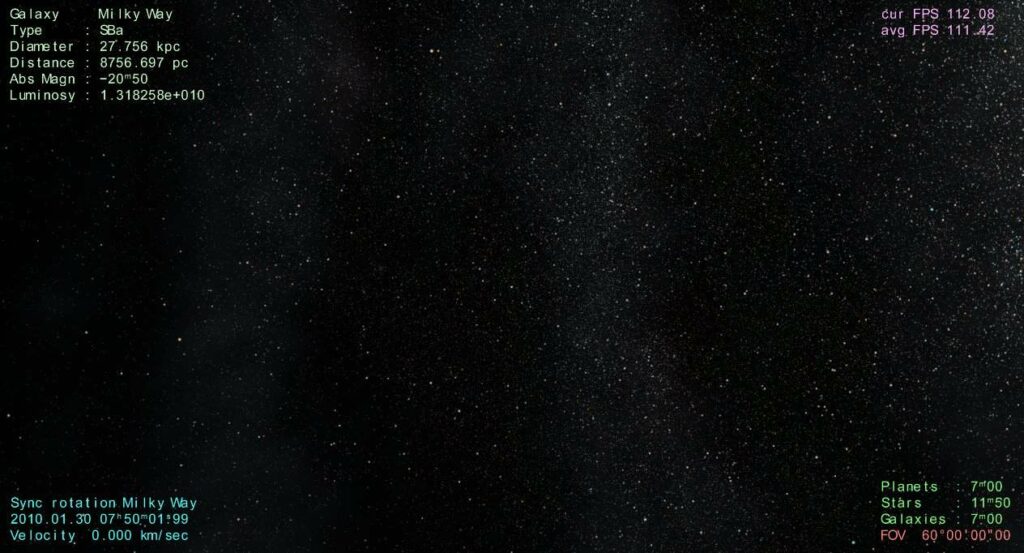 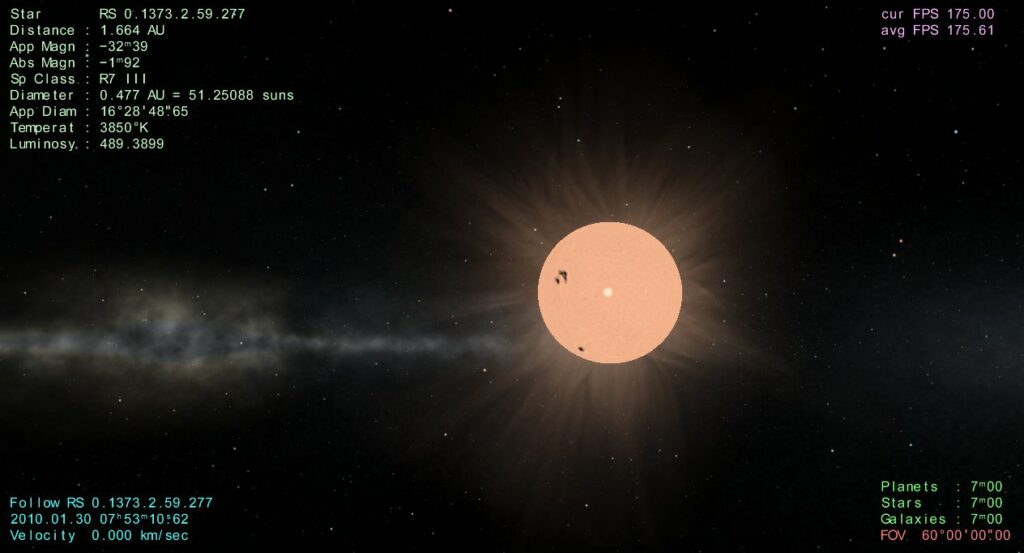 In general, the performance seems to be not bad, considering that about 100 VBOs are rendered in each frame with a total number of stars of about 300 thousand. The search for a nearby star - a candidate to be added to the renderlist of planetary systems - performs very bad. There are no planets yet, but the star model should be added to the renderlist anyway. In short, this search has to scan through 300,000 stars, and it is performed on CPU. As a result, it slows down performancr to 150 fps, while it could be 300-400.

The generation of stars is quite fast, you can safely fly at a speed of 1 kiloparsec per second (the diameter of the Milky Way is about 30 kiloporsecs): everything has time to be generated without noticeable brakes. If you fly faster - then yes, there will be "seams" (empty blocks of space). So far, I've added a cheat: if the camera speed is too high, the tree recursion depth decreases, so the lower nodes, which contains the most of the stars, are not generated. Although this looks somwhat glitchy, as if the density of stars is suddenly decreasing. 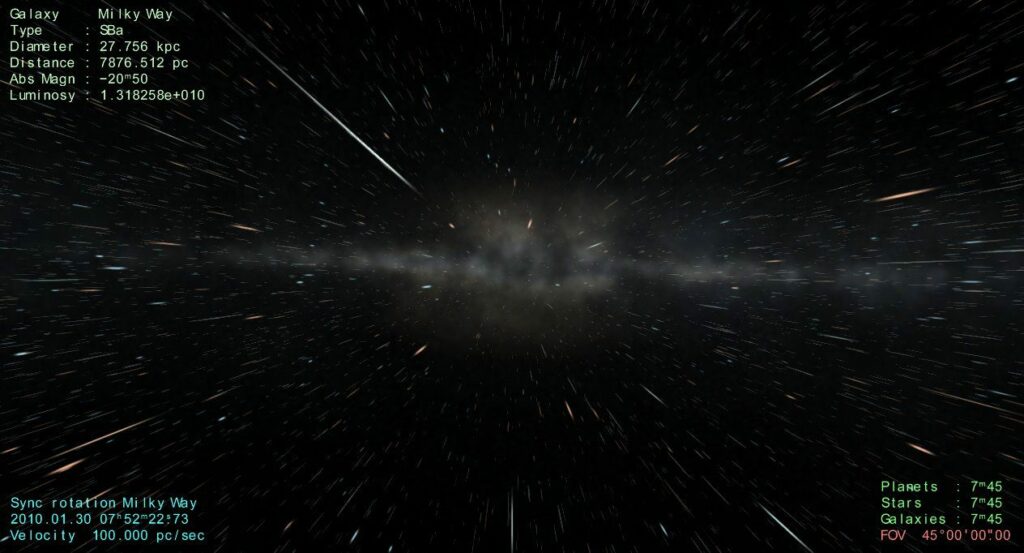